‘Just keep going’ – the secret to running an Ironman at 82 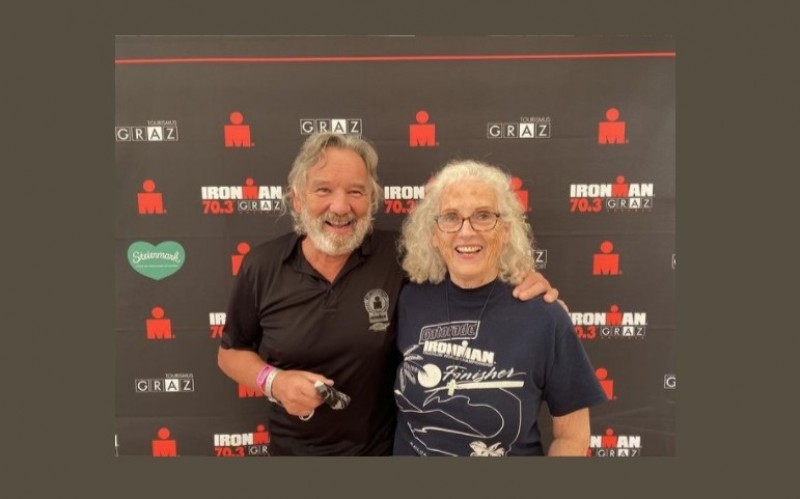 “I don’t feel my age,” said Daphne Belt (pictured right) as she told us about her latest Ironman triumph in Venice at the end of September.

The 82-year-old from Littlehampton in West Sussex charged through the finish line in just over eight hours, setting what is suspected to be a world record for her age group.

But while organisers work on verifying her world first, Daphne is already planning for her appearance at the 70.3 world championships in Utah in 2022. 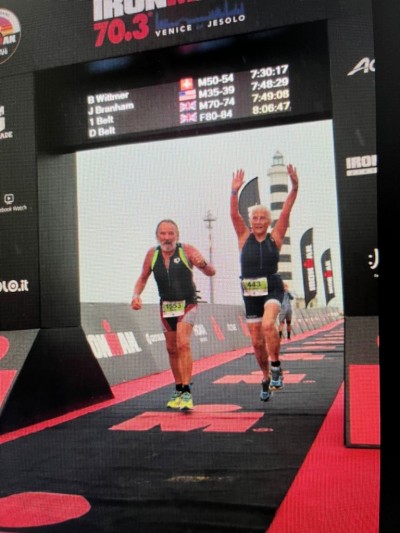 Having qualified by winning her age group in Italy, Daphne is set on jetting off to yet another US race, having competed in more triathlons than most mortals would be willing to contemplate.

Her list of achievements is quite something to behold. She has represented GB a number of times as an age grouper, rubbing shoulders with the sport’s brightest stars including as the Brownlees.

Even during lockdown, when most people took the opportunity to take their foot off the accelerator for a while, Daphne was still revving to find events to test her fitness.

“It’s been a horrible, disastrous time for everyone,” she said. “It’s been difficult keeping up my training and not being able to do any events."

She added: “I had places on three Ironman events but they were all postponed to different times, which spoiled our plans. But we did what events we could.” 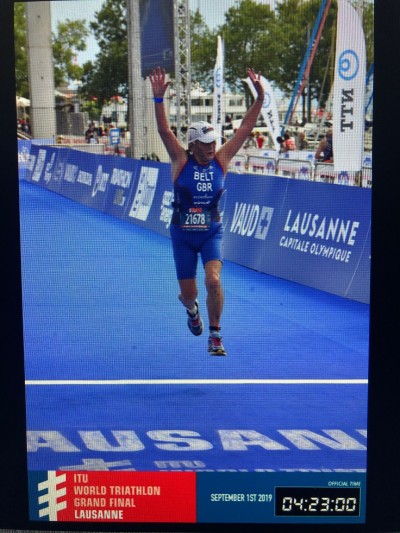 One event Daphne was able to enter was the national triathlon championships in Worthing in mid-September.

“I won my age group in that as well,” Daphne recalls.

That win came just over a week before the Venice 70.3.

Describing the latter race as “magical”, the Sussex pensioner said she received a lot of support from other competitors, particularly in Venice where she was the oldest by some 20 years.

“Most people are very encouraging,” she said. “The organisers did make a seriously big thing about it though. To be honest, it was a little bit embarrassing.”

Although still inspiring people today, Daphne has been involved in the sport for so long that she occasionally runs into people that started their journey watching her.

“One woman came up to me during the Venice race,” she said. “She had won her age group and told me, ‘I came to one of your beginners’ triathlon courses 20 years ago and haven’t looked back’.

“I think when people see me, it’s logical they’ll think that, if they are younger than me, then they should be able to do it too.” 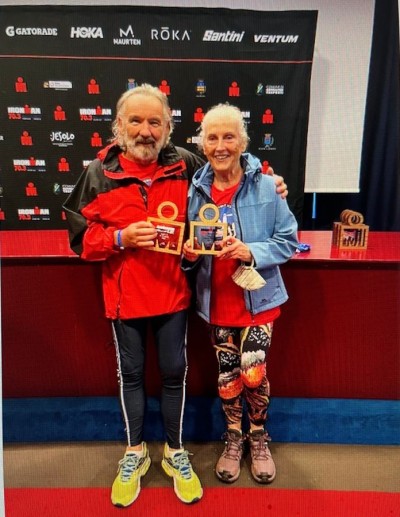 Daphne tells us that, despite her age, her strength hasn’t waned.

“I’ve still got my swimmer’s shoulders,” she said, adding: “I don’t feel my age. I never have. But we all have injuries now and then. The only big difference is that, now I’m older, my skin is a bit thinner and so cuts and scrapes can be an issue, but that’s the only thing.”

And despite still training almost every day, Daphne is still willing to take the time to share the benefit of her considerable experience with those new to the sport.

“If you haven’t been doing a lot of exercise, then the gym is a great place to start,” she advised. “Swimming is great because you’re less likely to get any injuries.

“My advice is to start slowly. Don’t go too fast too soon. Build up gradually.”

Her one key piece of wisdom, however, isn’t about diet or data. It’s not about new techniques or tech. But, then again, the wisest advice is often the simplest.

“The best way to ensure you keep going is, well, just to keep going,” she said.