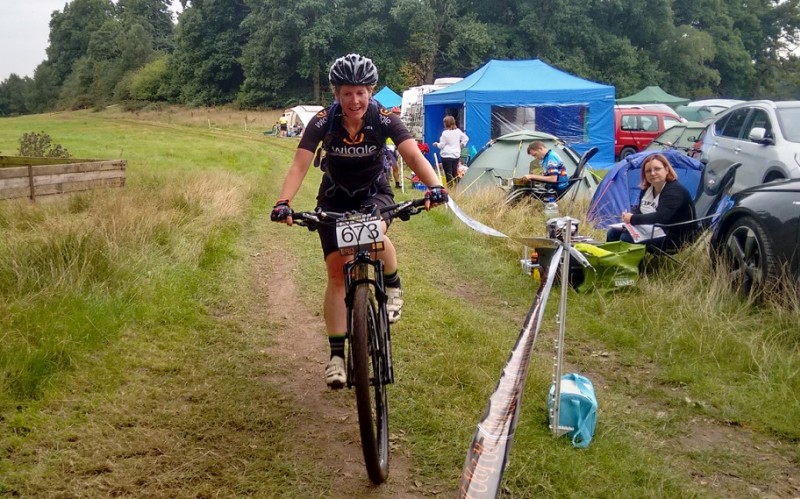 The 12:12 TORQ in your Sleep is one of the iconic endurance mountain bike races of the season – and one that I’d never done before. Always being up for the challenge, I decided that this was one that I wanted to try as part of a mixed pairs team in the 6 hour race. Although having a bit of a bad back at the moment, I figured that that’s only really a 3 hour ride, right??!

Having not ridden my mountain bike for a month or so it was with some trepidation that we arrived at Minley Manor on a rather a grey Bank Holiday weekend. My partner in crime was my boyfriend, Rich, and we soon caught up with fellow Wiggler Del who was also racing. The 12 hour racers set off at midday, and after a bit of bike prep (aka faffing) I was kind of ish ready for the off at 3pm. Our plan was rather than a relay – and potentially losing time in transition – we would race 3 hours each with only one handover. In reality this sounded much better than it was!!

By 3pm I was ready for the off – along with all of the other 6 hour riders. The start was a lap around the field to break up the pack, then onto the mostly singletrack course. I had been hoping that the course would be fairly smooth and fast (due to bad back issues!), but as it turned out it was pretty flat but very rooty, with lots of great bomb holes!

By the time I was riding the course the 12 hour riders had been out for 3 hours, so the roots were nice and slippery! Fortunately I had been somewhat cynical about the weather so was running mud tyres which gripped nicely, so although a bit slippery I managed to stay the right way up. 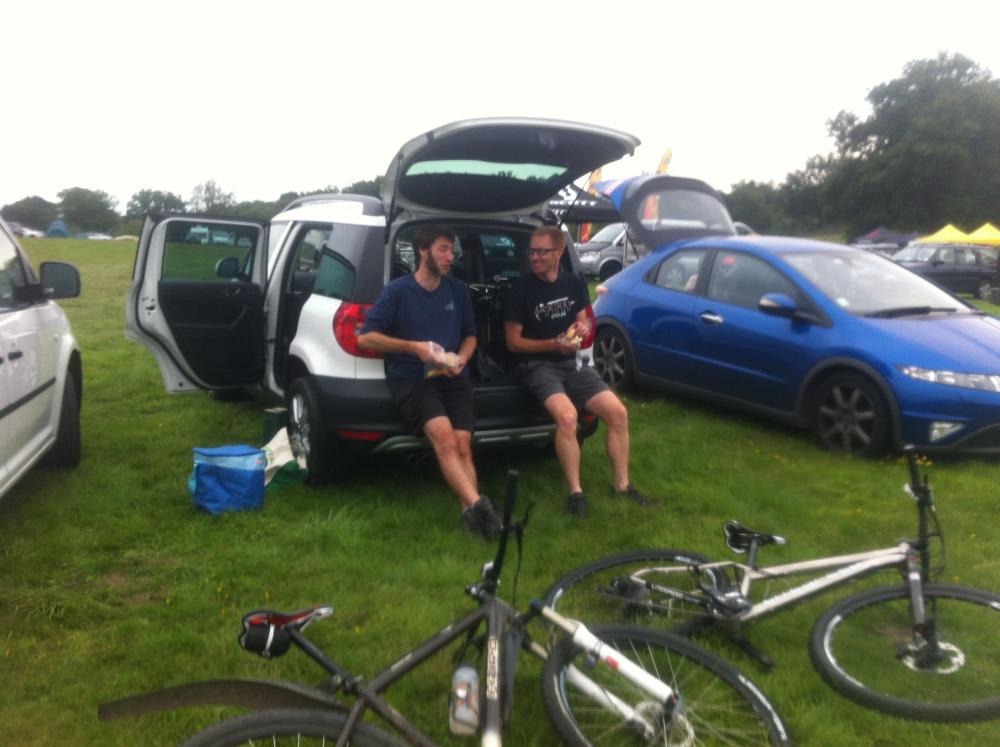 My titanium Litespeed Pinhoti was as always great fun to ride although the course was hard work – by the time I was finishing lap 1 I was feeling pretty tired with a very painful back. So tired in fact that I managed to mess up probably the most un-technical section of the course and fall into a barbed wire fence (a racing first for me!) – not recommended! Naturally it was right next to a load of spectators in a tent who I’m sure enjoyed the spectacle as I tried to extricate myself (and my bike!)!

As I finished lap 1 I was really very close to giving up – but as each competitor needs to complete 2 laps I knew that would disqualify us from the race. So round I went again – and I enjoyed lap 2 much more than lap 1! The course was less hectic as everyone as spread out, and I was able to ride at a pace that I was happy with – slower than usual, but at least I knew I could complete the lap. At the end of my lap 2 I pulled in and Rich took over.

Rich rode for a further 3 laps and then called it a day at about 8pm – this put us 8th out of 10 in category. Overall it was a really well organised event with a really relaxed and fun atmosphere. The course was hard work, but definitely not too much, and really made the most of the local area.

For me the race wasn’t a huge personal success (I would have liked to had ridden faster, and more laps, and got a better result!) but it certainly bought home the point that when you think you REALLY can’t actually ride ANY further, actually you can. And it doesn’t hurt to be reminded of that once in a while!