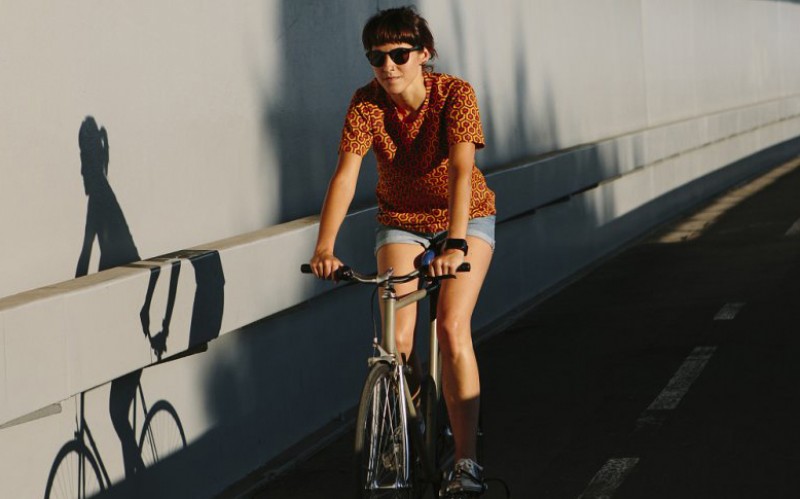 On the UK's increasingly busy roads, driving can be pretty stressful at times. Even more so when you need to share the road with cyclists who don't even pay road tax or pass a test. Riding two-abreast, dodging road tax, whizzing along while you wait at the lights - cyclists can be an irritation but what does current UK legislation and the Highway Code have to say about them?

We’ve all heard the grumbles from cyclists about the state of the roads and the often-nonsensical cycling infrastructure.

Well, maybe they’d have a right to complain if they paid Road Tax?

Well, in order to pay Road Tax, we’d all need to jump into a time machine to the 1930s. That’s right. Road Tax hasn’t existed since it was abolished as part of the 1936 Road Traffic Act!

Drivers do pay Vehicle Excise Duty (VED) which is based on their vehicle’s emissions and goes into the Treasury’s central funds, where it is used to fund a variety of services such as defence and the NHS.

So who pays for the roads? Well, everybody does. Roads are now funded by general taxation which includes things like income tax and VAT.

It’s worth noting that around 85% of cyclists also drive (and pay their taxes) so you can assume they contribute as much as anyone else so they have as much right to ride on decent roads as you do. 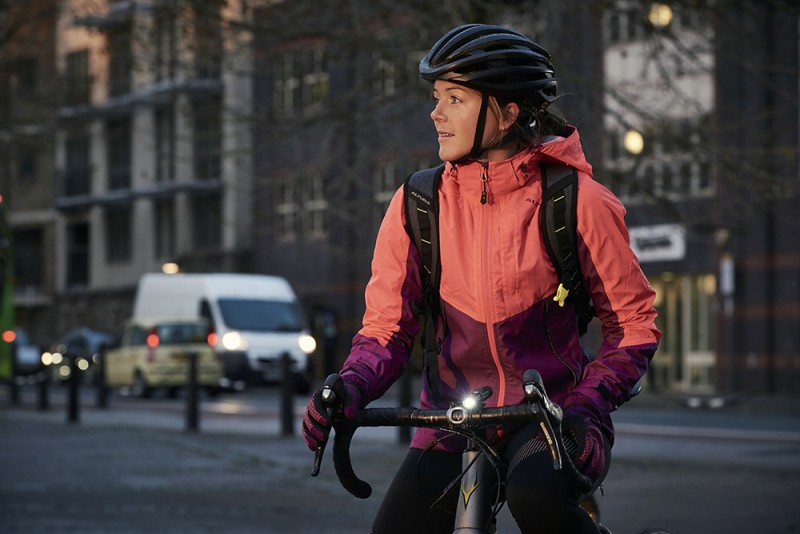 Isn’t it annoying? There’s a cycle lane right there! You can see it, so why is the cyclist on the road getting in your way?

The fact is, the law does not oblige cyclists to use cycle lanes and the Highway Code guidance is that 'use of cycle lanes is not compulsory.' There are instances where cycling facilities are not safe or practical and cyclists are within their rights to decide whether to use them or not.

Cycle lanes are often littered with dangerous obstacles such as potholes, drain covers, broken glass, parked cars, street signs, you name it – if it’s not supposed to be in the cycle lane, the chances are it’ll be there!

There are occasions when the road layout means that it’s safer to leave the cycle lane. For example, at a junction where the cyclist is going straight ahead, they might move into the centre of the lane so that they’re more visible and less likely to be hit by a driver turning left.

Off-road cycle facilities can be great, but they can also be perilous. They often force cyclists to cross junctions at blind corners or sail past hidden entrances where they are less visible to drivers. Again, the smart option might be to stay on the road.

You might also notice that some cyclists avoid ‘Shared Use.’ This is perfectly legal too. ‘Shared Use’ often puts cyclists at risk of conflict with pedestrians and dogs, particularly at busy times. Where they intersect with junctions, just like with off-road facilities, cyclists are often in a position where they are less visible to drivers.

Discover some of the worst cycle lanes 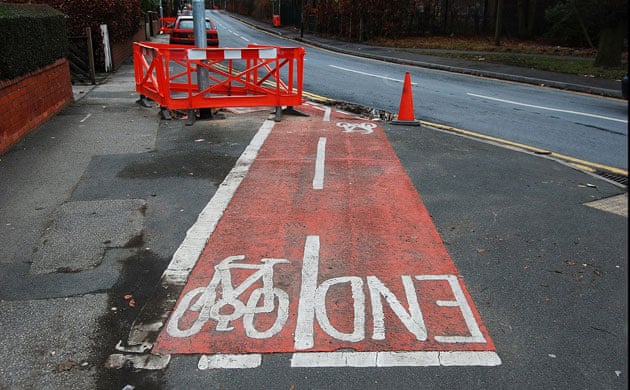 Ride on the pavement

It’s not just drivers and pedestrians who are annoyed to see cyclists on the pavement. Pavement cyclists often cause a nuisance to other cyclists who use the road as well, particularly when they behave unpredictably.

Unless the footpath is designated otherwise, cyclists aren’t permitted and can be issued with a Fixed Penalty Notice (FNP).

However, it’s not that straightforward.

Additional guidance advises that “Chief Police Officers who are responsible for enforcement, acknowledge that many cyclists, particularly children and young people, are afraid to cycle on the road, sensitivity and careful use of police discretion is required”.

So, in other words, although they can issue an FNP, the police have some leeway to use their common sense and assess whether the cyclist has a legitimate reason to be on the pavement.

Bridleways and shared-use facilities are intended to be used by both cyclists and pedestrians. Although they are not always the best option for cyclists, bear in mind that they do have a right to be there. 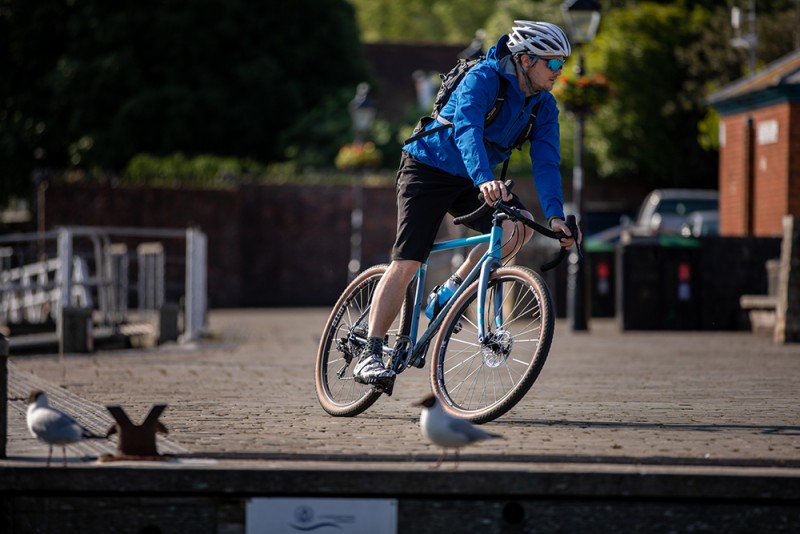 You’re already late. You’re stuck in traffic. How is it fair that those annoying cyclists get to just sail on past?

In city centres, cycling can often be faster than driving because riders have the option of filtering through traffic. And it’s perfectly legal!

In slow-moving or stationary traffic, you might find that cyclists can get from a to b faster if they overtake traffic on the right or filter down the left where it is safe to do so.

This video from British Cycling explains how cyclists filter and rejoin traffic. If you’re a driver changing lanes or letting a passenger out in traffic, you should always check for cyclists on either side.

Ride without a helmet

The simple answer? They don’t have to. There is no law against riding without a helmet in the UK.

There is plenty of evidence that helmets can prevent serious head injuries. Modern designs and materials mean that they’re lighter, more comfortable and even more protective than ever. So why wouldn’t you wear one?

Unless mandatory wearing of helmets becomes law, cyclists are free to choose whether to wear one and they're entitled to base their decision on their own personal reasons. For some it’s comfort and convenience, for others it’s simply that they’re lucky enough to live somewhere with decent cycling infrastructure so they feel safe enough to ride with the wind in their hair.

One thing worth considering is some cyclists would argue that the helmet debate is a distraction from the bigger issue of widespread dangerous driving and unsuitable infrastructure.

To quote a headline from the Guardian, ‘You don’t make it safe by forcing cyclists to dress for urban warfare.’ In cities and countries with infrastructure designed for cyclists, helmets are certainly less common. 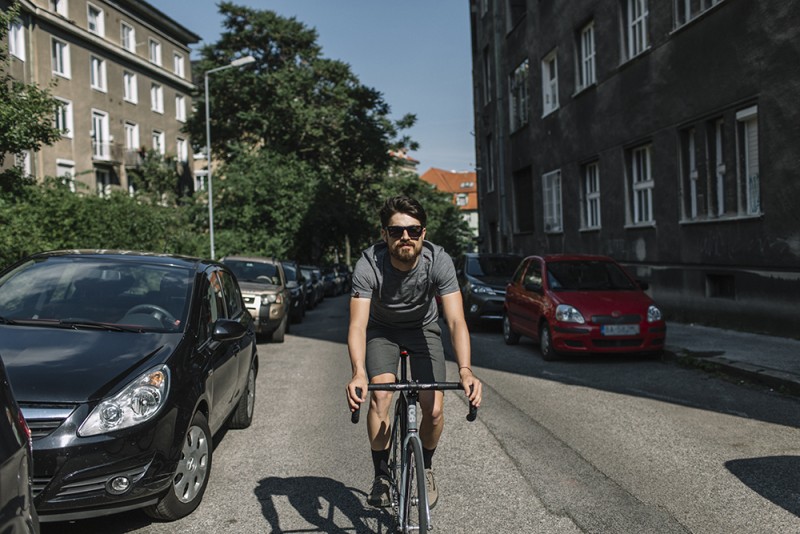 Ride side by side

Why don’t cyclists stay out of the way on the left? It’s such a hassle to overtake when they insist on riding side by side, isn’t it?

Again, it’s totally legal. The only guidance on when it might not be appropriate is in Rule 66 of the Highway Code – cyclists should ride in single file “on narrow or busy roads and when riding round bends.”

As well as being a more sociable way to ride, it can also be a safer way to ride. By riding side-by-side, cyclists become easier for drivers to see and therefore, hopefully, decrease their chances of being struck by a vehicle.

Believe it or not, cyclists who ride two abreast could even be doing drivers a favour, since groups are more compact in this formation, so they are easier to overtake. Just imagine twenty riders in a line, then think how much shorter the distance is to overtake the same group when it’s only ten bike lengths. 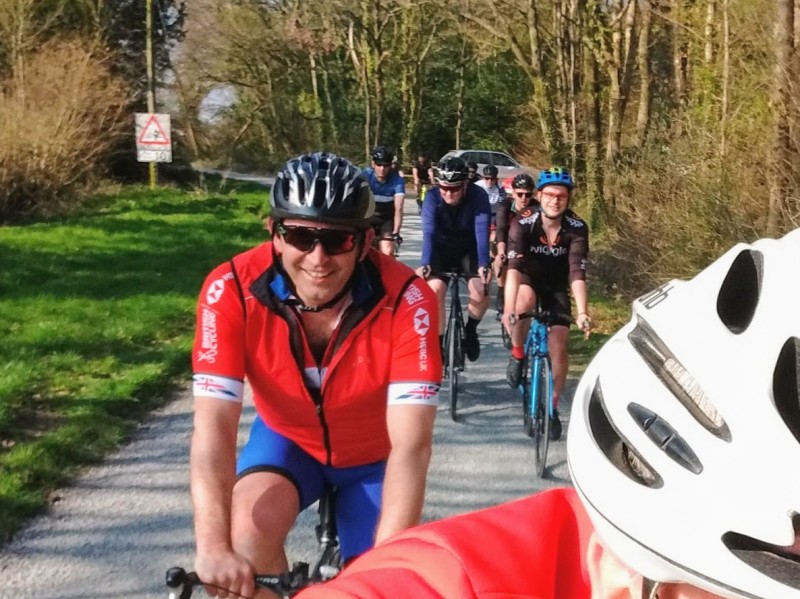 Go home, change out of their cycling kit and have normal lives like everybody else

Whether they’re using a bike to commute, to get fit, to compete or to dash to the shops, all cyclists have one thing in common. They’re also people.

Cyclists have parents, children, brothers, sisters, friends, nieces, nephews, people who rely on them at work, people who would miss them if they were gone.

The laws that apply to drivers and to cyclists are designed to ensure we can all use the roads safely. Both groups of road users can behave unexpectedly, and it can be frustrating. However, a little mutual understanding and patience can go a long way in making everybody happier and safer.