Adventures of Ross and Hannah cycling to China - Stage 3 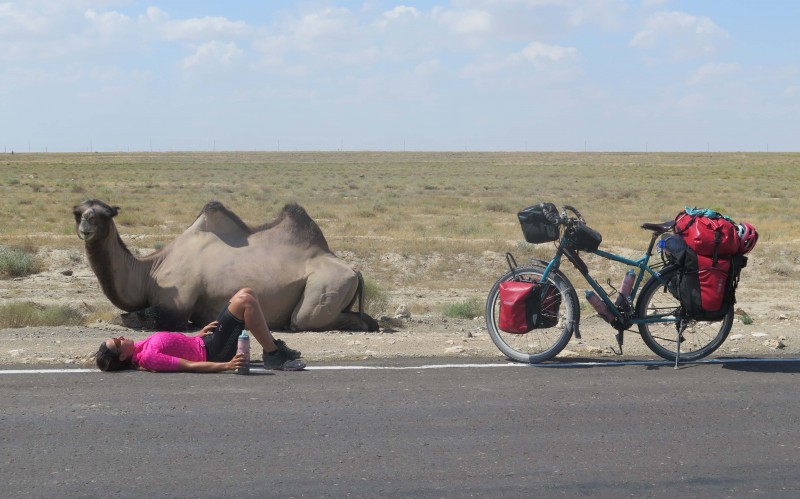 ‘Have I got a puncture?’ Hannah said. ‘Nope, you’ve just got 12 liters of water in your panniers’

Stage 3 of our adventure complete!

Kazakhstan. Just saying it makes you feel far from home. As we rolled through our first village we felt like we were on the set of Will Smith’s ‘I am Legend’. Actual tumbleweed rolled past us. The streets were empty. It felt eerie. It turns out to avoid the dangers of mid-day heat in these parts of the world, everyone hides, except us naive cycle tourers. We didn’t know it at the time but this would be the theme running through the next stage of our journey. From Aktau in Kazakhstan to Dushanbe in Tajikistan, we cycled through the most desolate and arid landscapes we had ever experienced.

As we crossed the Ustyurt Plateau, a clay and sand desert occupying 200,000km2 of land between the Caspian and Aral Seas, we felt a million miles from the conveniences and pleasantries of a dedicated European cycle route. We were not meant to be here. This was camel land. As we cycled under the baking sun with shelter and amenities scary distances apart, we started to question if what we were doing was well, sane. 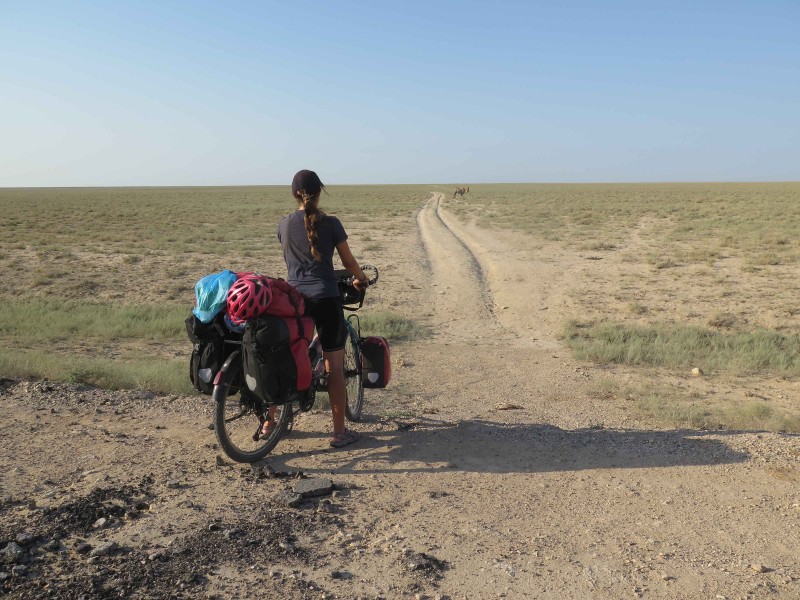 Very unconvincingly nodding and telling each other that what we were doing was perfectly safe we continued cycling off of the Plateau, into Uzbekistan and into miles upon miles of more desert.

The Kyzylkum desert, meaning ‘red sand’ in Turkic was larger than our previous desert feat and coming this far we decided the best thing to do was not take the train as advised but cycle as fast and for as long as possible each day until we were out the other side. As the temperatures soared to over 50 degrees, we found ourselves strategically planning mid-day rest-ups in invaluable tea houses dotted throughout the desert.

Looking back at our desert experience from the comfort of an air-conditioned room in the beautiful and historic Silk Road city of Bukhara, it was what Hannah describes as type-2 fun, that is, looking back on it you appreciate what you have done, but at the time, it’s just horrible. After some sight-seeing, we climbed up and over a mountain pass into Tajikistan. At the top we were delighted to be told by a military guard that we could not cycle the 5km romantically named ‘Death Tunnel’ due to road works, instead, we must put ourselves and our bikes on top of the coal truck currently making its way up the climb behind us. As the truck sped through the narrow, dark, and sooty tunnel seemingly guided by the driver’s memory rather than his visibility, Hannah and I looked at each other with relief that this truck would not be bearing down on two terrified cyclists.

We rolled into Dushanbe, the capital of Tajikistan disheveled messes. We checked in to a hotel for a few days to hide from the sun, rest our bodies and plan our route through a well-known mecca for cycle tourers and the location of the fourth and final stage of our journey from London to China – the Pamir Highway. 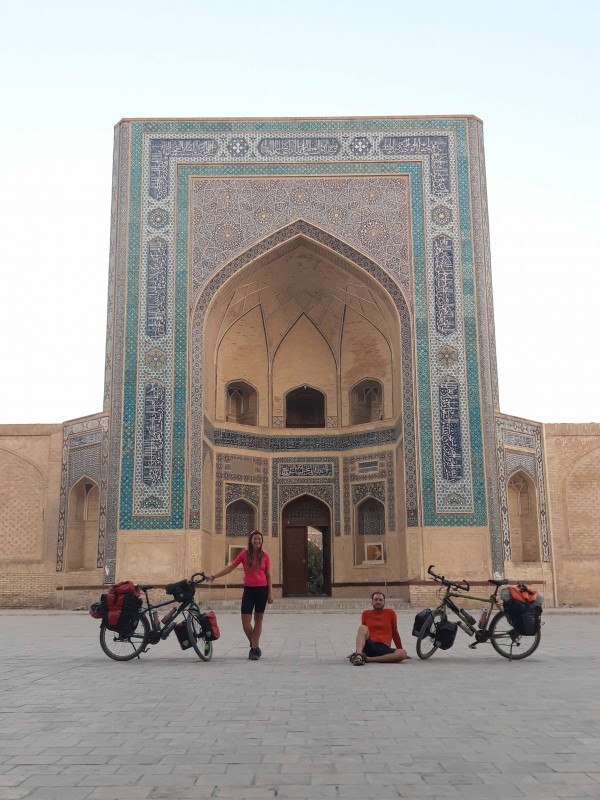 Missed hearing about stage 2 of Ross and Hannah's adventure? Read it here