Black Sheep Cycling - the inside story 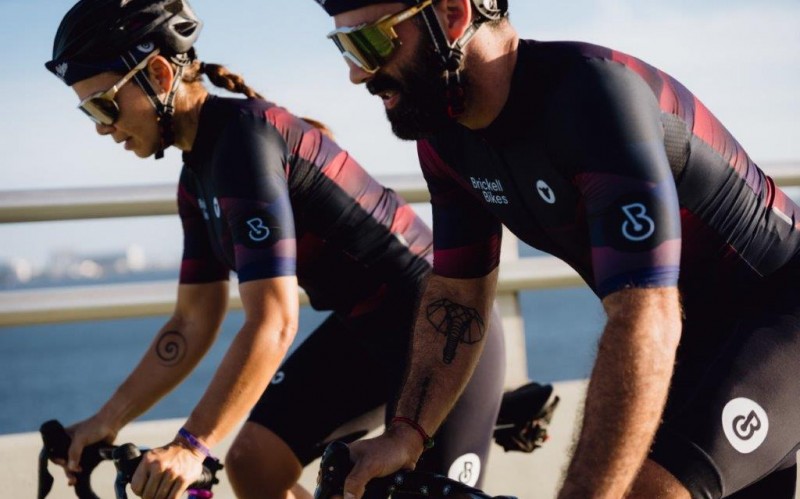 From the sell-out flat-brim cap and Blue Como kit to a global player with a flagship store and café in Brisbane, Queensland, this is the story of Black Sheep Cycling.

Birthed by John Polson, a former professional athlete, the first garment that Black Sheep designed was actually a flat brim cap – an essential for any cyclist. Maybe. It sold out (this became a thing) and funded the much-anticipated Season One. After almost a year of teasing, Black Sheep dropped the Spotted Jacob and Blue Cormo kits. Their website crashed (this would also become a theme), but they made enough money to pay the factory for goods they’re already received and carry on doing what they love. 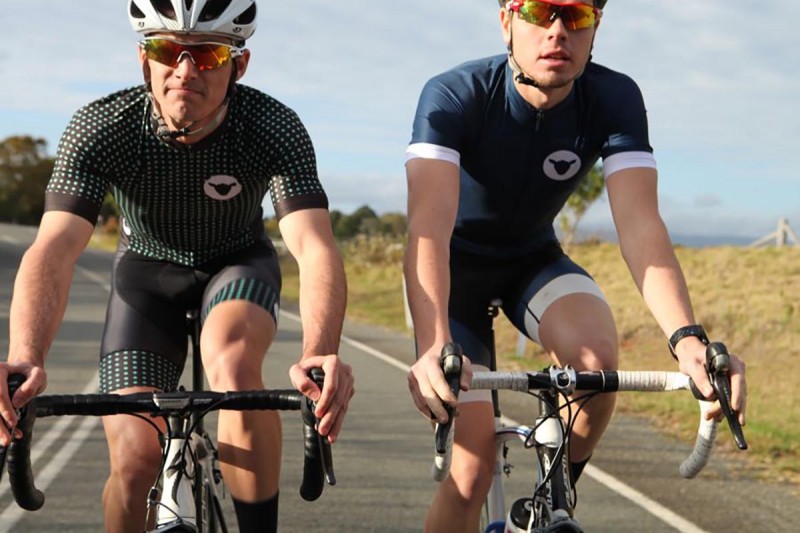 February 1, 2015, was the date the cycling apparel industry changed forever and everyone stood up and took notice. Black Sheep’s Season Two gave birth to three kits the likes of which had never been seen before. Speckled Lincoln and Texel (their first-ever kit for females) were groundbreaking. But it was the Floral Finn, with its all-over floral patterning, which made the biggest noise and has since been imitated, aped and parodied by pretenders the world over. Not content with being the first to put flowers on a cycling kit, later that same year, they did it with camo too – this time in collaboration with the Kings of the Mountains from California, Strava. 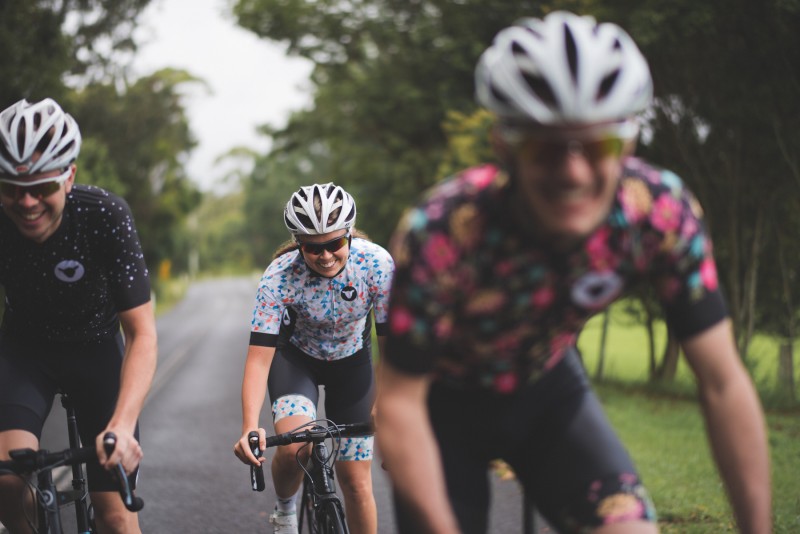 By 2016, Black Sheep were careering towards Season Six, Seven and Eight. Their brand also underwent an overhaul courtesy of creative director Nik Howe. The 'Where The Wild Things Are' typeface went. But their free spirits remained. By far their biggest achievement, though, was the Man Ride. On less than three weeks notice, they corralled the Men of Steel, their Melbourne-based race team, to ride 1000km in four days from Longreach to Airlie Beach. They turned left once that entire time. Lost their shit and their support car on a serious stretch of dirt road (before gravel bikes were even a thing). But most importantly they raised an incredible amount of awareness for men's mental health. 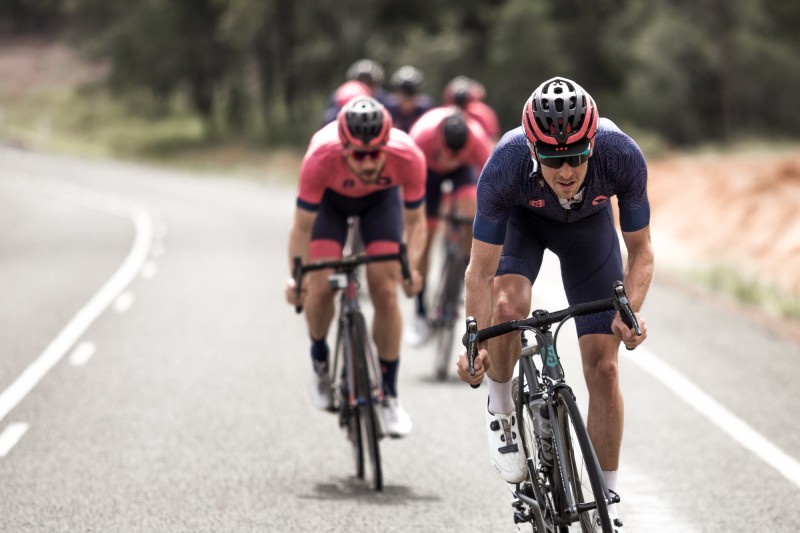 Black Sheep started the year of 2017 as they ended the previous one – doing the right thing by the good people of cycling. Community is like a marketing buzzword these days, but Black Sheep actually value theirs and launched the Love Women's Cycling initiative (and their first-ever women's race team) to give back to a group of people that had given so much to the brand. It's a program that is one of the backbones of the Black Sheep business and continues to flourish. Twenty Seventeen also saw them host Night Riders, an after-dark street criterium. They ran out of beer in the first hour, had more near-misses than the 2020 Giro d’Italia and aged a lot. 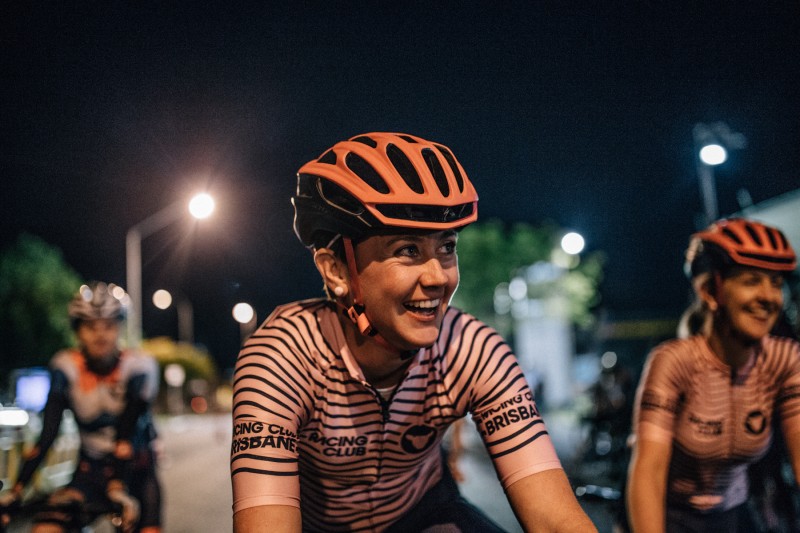 Twenty eighteen began with a bang. Black Sheep collaborated with the Americans again. This time Specialized – joining forces to deck-out a disused bar and turned it into a Chateau at the Big Race Down Under. They couldn’t call it the Tour Down Under because they get in trouble. Which incidentally is what happened when they named one of their ranges LIMITED Barmy Army. It prompted a cease and desist letter from the trumpet-playing English cricket fans who go by the same name. Little did they know that Black Sheep’s LIMITED releases sell out quicker than lawyers can say billable hours. They moved on. As did the Man Ride, which went from 8 people and 9 satellite rides to 10 people riding 1000km across five continents and 15 worldwide rides. 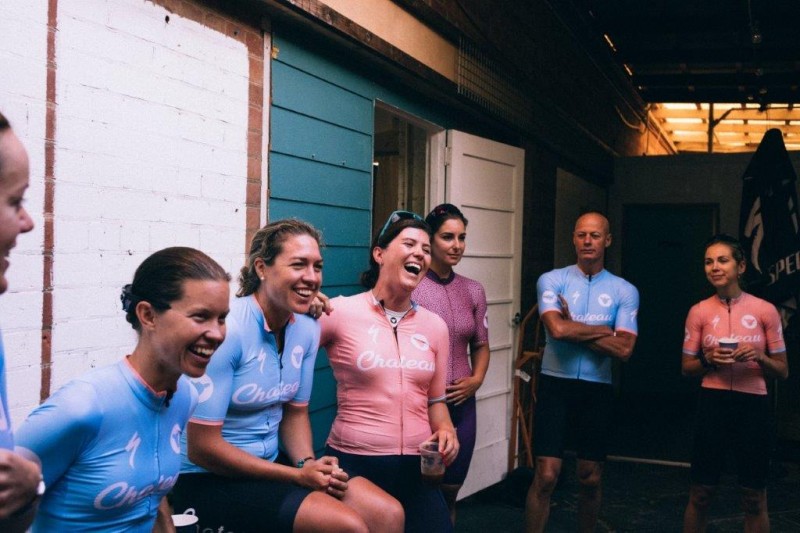 It may have bucketed down for the entire duration of the event. But Yorkshire Worlds was a big highlight for Black Sheep in 2019. They partnered with Zwift on THE event pop-up – the Zwift Draft House in Harrogate. And created a dedicated Worlds Collection, paying homage to past rainbow stripe heroes and, perhaps, the odd, cough, villain. Regardless, the concept took their creative team the length and breadth of mainland Europe in a car too small for the people and bikes it was intended to carry. Squashed and a little tired, the team miraculously recreated five Worlds victories in five countries in, less, than five days. They also opened the doors of The Woolshed to their worldwide community. 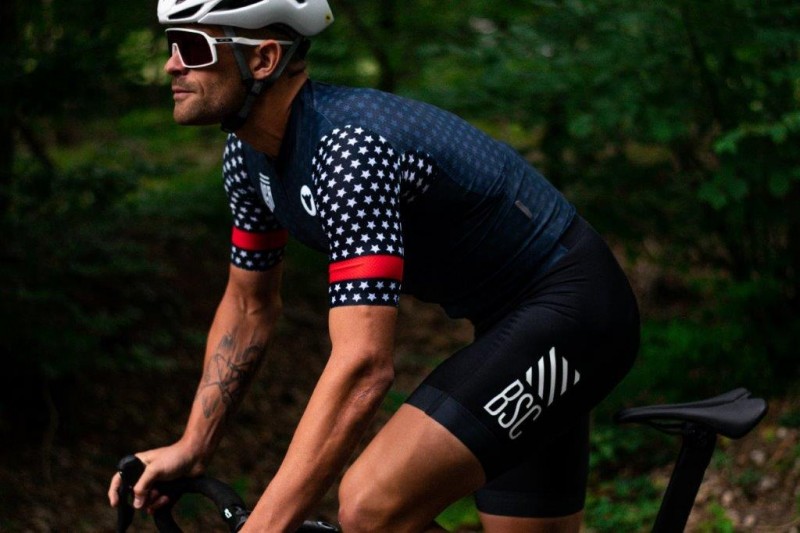 What can be said about 2020 that hasn’t already? Thankfully, worldwide support for Black Sheep, unlike Donald Trump, continues to grow. The team have added their own unique custom apparel platform, called INK. Already they’ve outfitted teams and communities across Australia and further afield. Beyond that, the always keen for exploration Black Sheep team, have added Adventure, a dedicated gravel range, to their armoury. As they put it, it’s perfect for going wild. Or going down the pub. It’s now part of a considerable apparel offering which includes full summer and winter ranges, appropriate for both hemispheres, as well as a dedicated women’s collection and high-performance garments named Racing. 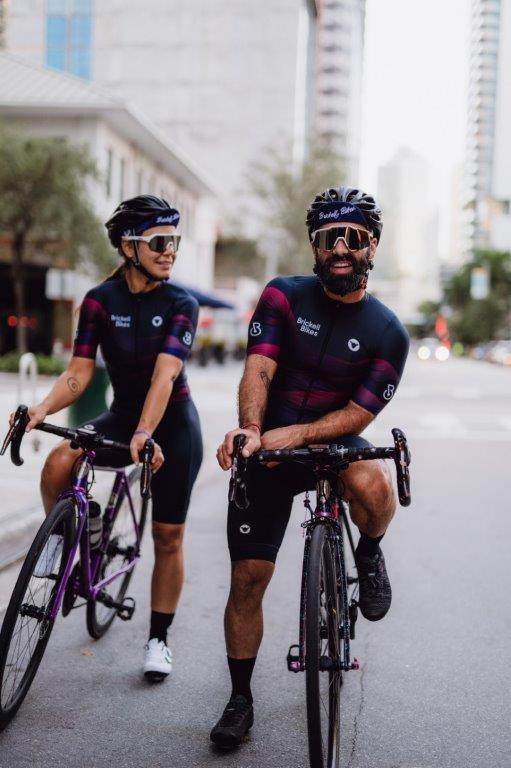 Words and images by Black Sheep

Posted in Cycle and tagged Cycle, cycling kit, road cycling, Black Sheep Cycling
Thinking of getting into road cycling?
How to find the bike for you
717,920 Fans
32,494 Subscribers
75,504 Followers
14,703 Subscribers