Conquering the Race to the Tower 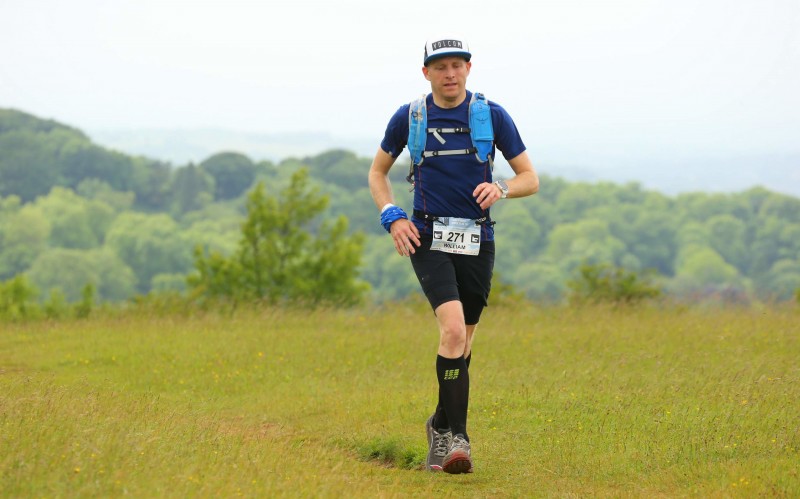 When Wiggle Merchandising Manager Will Pakes-Geddes came to the realisation that he had hit middle-age, he decided to get off the sofa and do something (with a little help from 'The Boss'). Since then he has been finding new ways to challenge himself and fight back against the dreaded middle-age slump. We asked him to tell us about his latest adventure.

'Get off the sofa'

It's been a while since my last blog for Wiggle so before we get started I'll tell you how it all started.

It all started on that fateful Super Saturday during the Olympics of 2012. Sitting on the sofa, cheering for our GB athletes as they topped podiums one after another. How could you not be inspired?

'Get off the sofa, stop trying to find stuff to inspire you and start making it happen' said the voice in my head.

The initial push came from 'the boss.' My wife entered me into a ballot to run at the Olympic stadium in 2013. The fact that I couldn't actually run didn't stop her.

The run at the stadium was amazing by the way.

So began my journey from couch potato to as some people might say, fitness bore.

Fast-forward to now and here I am with a full Ironman, an Ultra Marathon and a host of other endurance events under my belt. 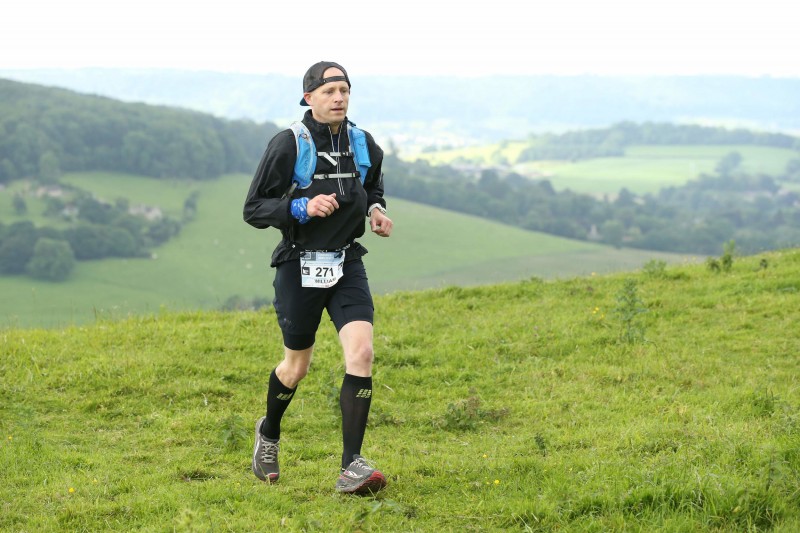 Ready to Race to the Tower

So here I was, stood on the start line at the foot of a hill on the outskirts of Stroud on a blustery day. It's the inaugural Race to the Tower, a double-marathon through the heart of the Cotswolds.

Feeling oddly serene, I reflected on my training. I knew I had done enough in that I could complete the distance, but no idea in what time or how much it would hurt.

My moment of contemplation was interrupted by that familiar honk of the air horn. It was time to go.

Luckily, I knew I was well equipped. Montane had kitted me out with the perfect trail outfit. As a die-hard fan of dhb running kit, I was reluctant to be parted from what I knew and loved but Montane did not disappoint.

Kitted up for success

If you've ever done a long-distance event, you'll be familiar with that eye-wateringly early start. There's normally a chill in the air so I layered up with the Sonic long sleeved t-shirt over the Sonic t-shirt. The material is super lightweight which insures that it wicks and dries quickly and the cut is close enough to avoid unneccesary flapping. The Montane Sonic tees have become a running staple; the anti-bacterial treatment has kept them smelling fresh and the fabric has stood up well to being worn with running packs.

I had been wearing the Trail Series long tights in training on cooler days. They're a lightweight technical fabric with enough pocket capacity for a phone, keys and essentially some sweets so they're great for longer runs.

However, since I knew the temperature was set to rise, I went with the Trail 2SK shorts which feature a 'Quartz Skin' liner. Not only do they promise to feel cool in hot weather but they also have in-built SPF 50. As with the tights, the three pockets allow you to safely store those little essentials. 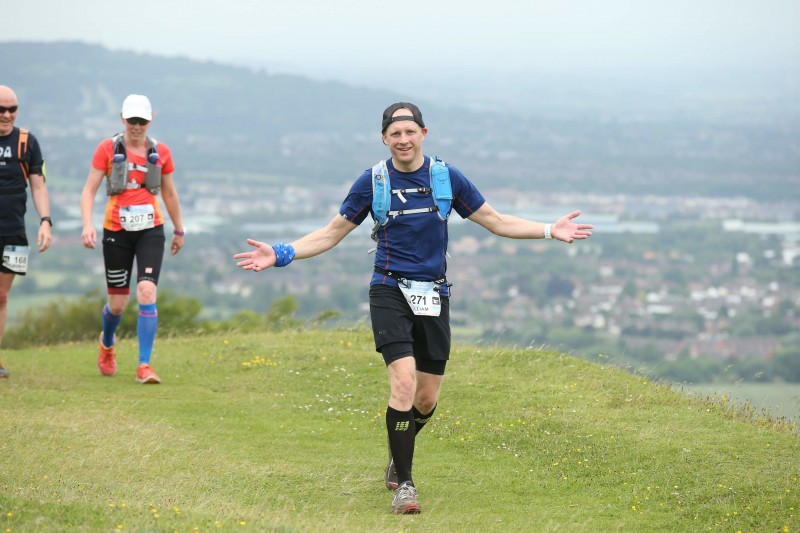 I needed a running pack to carry water and a few supplies and had the choice of either my trusty old Osprey Rev6 or the Salomon ADV Skin 5. It was a last minute decision to go with the Osprey, then I ended up on the start line wondering if I had made a mistake.

The Salomon was the most popular pack at the event and for good reason. It's light, super comfortable, and has ample pockets for everything you would need to carry on a day. However, I personally found the hooks on the chest were fiddley and the drinking hose doesn't secure to anything so it can be distracting. The Osprey was a little heavier and didn't feel as secure as the Salomon but for a long day in the hills it turned out to be the right choice for me. Taking it on and off to fill the water reservoir is so easy even with tired hands and the magnet keeps the hose securely in place.

My outfit choice turned out to be perfect for the undulating terrain. The route began with a climb up and along the top of the ridges that overlook Gloucester and out towards the Severn.

The first few kilometers were all about regulating my breathing as we went up and down the side of the hill. Little was I to know that this was the theme of the day.

At around the 10 kilometer mark the first pit stop was a welcome sight, packed with all the nutritional goodies you could wish for. HIGH5 gels, HIGH5 Zero, Pip & Nut butters...we were spoilt for choice. After a quick slurp of coke and a fruit bar I was ready for round two.

The push to the finish

At the half-way mark I had crossed into unknown territory. This would be my first run of more than 26 miles. Head down, I pushed through, one eye on my Suunto Spartan Sport, concentrating on keeping my heart-rate in check.

However long the distance is, break it down into pit-stops, take your time and soak up the atmosphere. It works, trust me. The last and final climb to Broadway Tower was not a run by any means, but it was good fun.

It seems like a cliche but the people make the event and I had met some great people along the way, chatting about all sorts of stuff on the journey to this point.

Sometimes 'uneventful' is a blessing. Yes, they were tough but the closing kilometers were blissfully uneventful so I could just enjoy the atmosphere.

I owe massive thanks and love to Team P-G (my family) in allowing me to indulge. They're my biggest supporters and I couldn't do any of this without them.

I've still got the running bug though. So what’s next?

In case you missed it, you can get up to speed with the previous adventures of Will and friends in the 'Not down and out @40' series.

Run about a bit, ride bikes in-between. Super happy when I’m outside exploring and testing myself. Get supported by my amazing family (#Team P-G). Follow my adventures on Instagram.