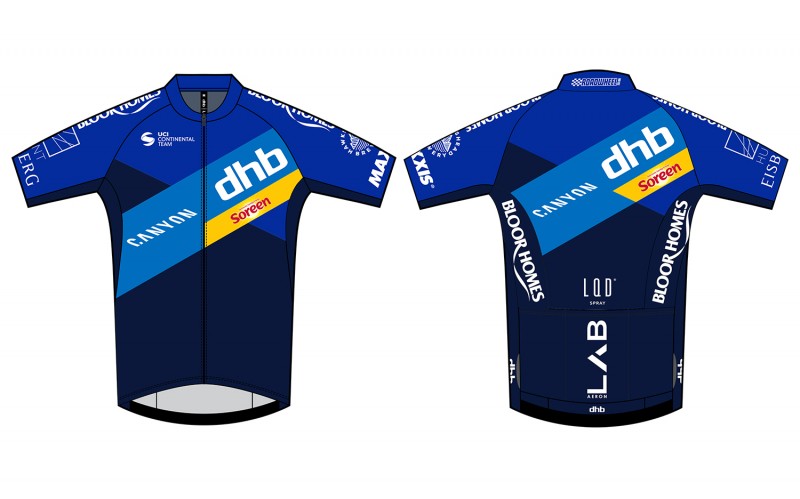 dhb will once again rub shoulders with cycling’s biggest names in 2020.

The Portsmouth-based performance clothing brand has confirmed its partnership with road racers Canyon dhb p/b Soreen will continue into a third season.

dhb’s extended support of the squad, firmly established as the UK’s most powerful behind Team Ineos, comes alongside the addition of Soreen as a title partner.

The arrival of the UK malt loaf company has seen a flash of yellow added to one of the most popular jerseys in the professional peloton. 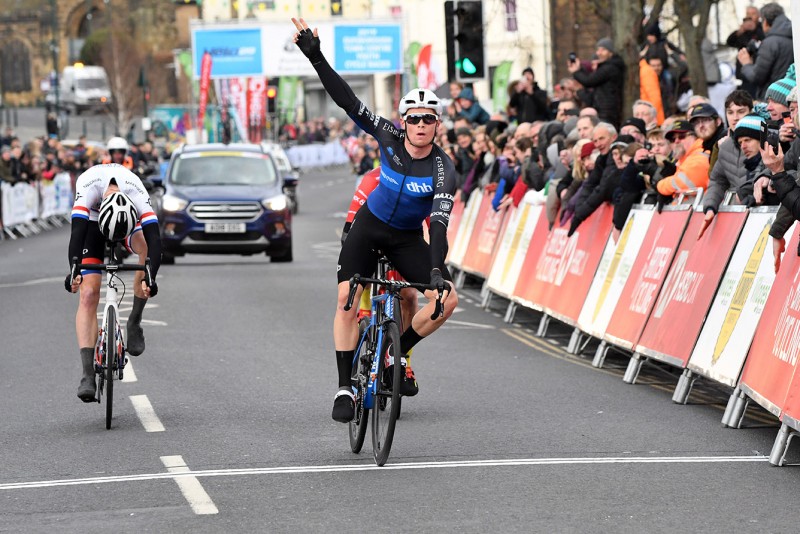 And while a stunning tally of 20 race wins were racked up by the team last season, dhb brand manager Rob Atkins is confident there is plenty more to come.

He said: “We are thrilled to be embarking on a third year with the squad and we are confident 2020 is going to be the best yet.

“Watching Tim’s riders top the podium is a source of great pride for the whole dhb team, with our first season as title partner exceeding all expectations.

“But the partnership is about more than just winning. Feedback from the squad is key for us to keep developing exciting products for every cyclist, whatever their motivation.”

And it is the fact the whole dhb community reaps the rewards of the ongoing link-up which keeps the brand coming back for more. 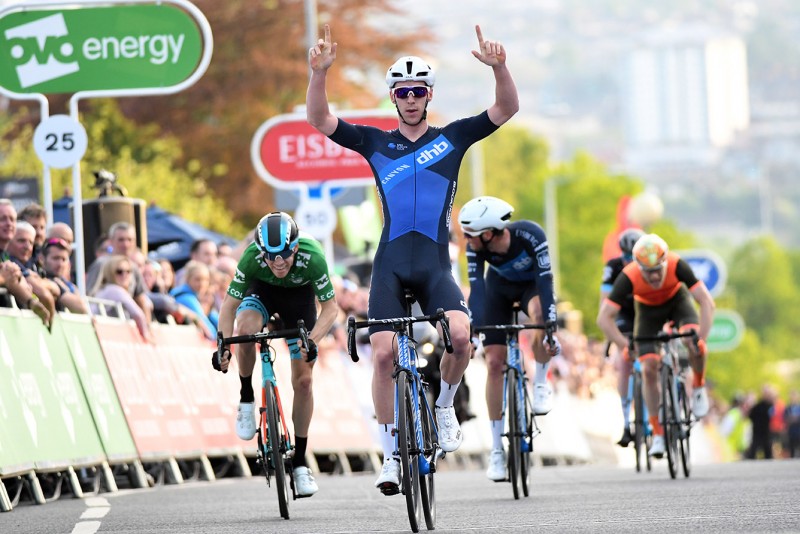 Expert insight from the riders over the past two years has seen dhb’s product development team launch and refine their Aeron Lab collection.

Meanwhile, improvements have trickled down through the entire range – ensuring everyone who wears the kit feels the benefit.

In 2020 the bar will be raised further, with the team wearing the fastest and most aerodynamic kit ever produced by dhb.

Designed without compromising on comfort, Canyon dhb p/b Soreen’s new speedsuit has been rigorously tested in the wind-tunnel and produced in a European factory supplying Olympic champions.

Rob added: “We have relished the past two seasons working with Tim and his squad, tapping into their expert knowledge to inspire our development team. 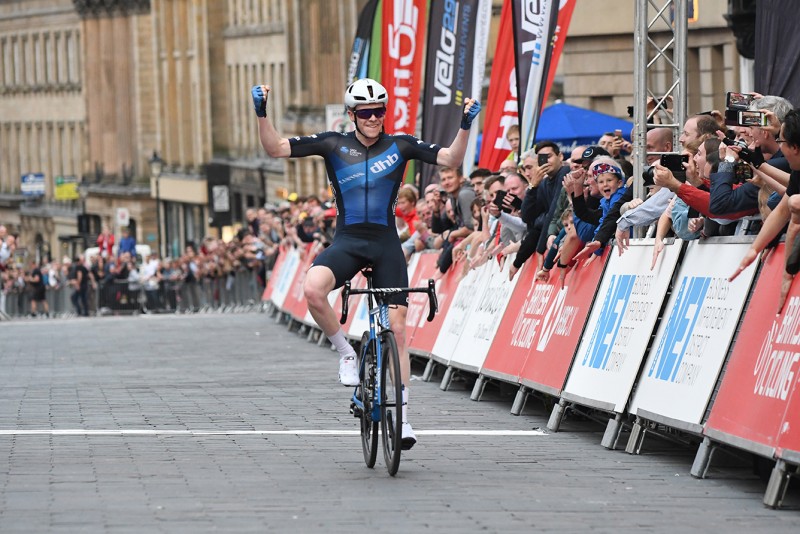 “With the help of the riders, Aeron Lab has come a long way since Harry Tanfield won on its debut outing in the 2018 Tour de Yorkshire.

“And it is that insight which ensures we will send them out onto the road next year with our fastest and most exciting kit yet.”

The team’s instantly-recognisable jersey, which has won fans at home and abroad, has been given a pop of colour for 2020 with the addition of Soreen. 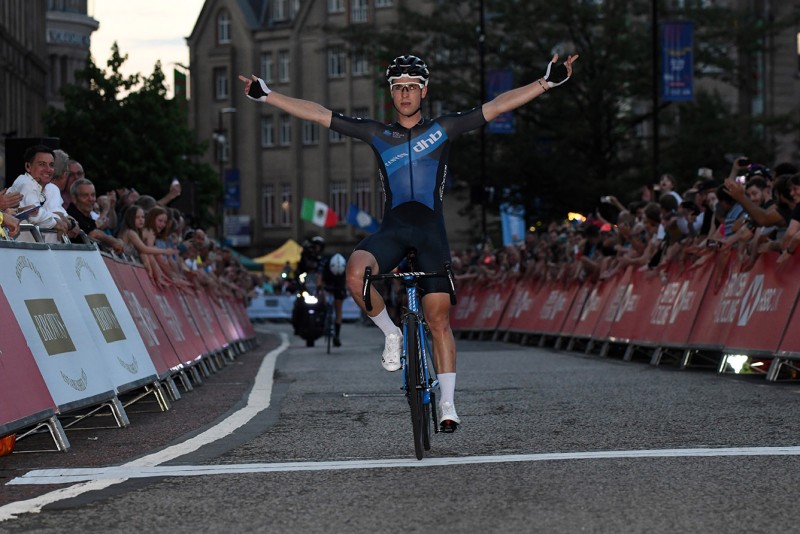 Those triumphs came in the East Cleveland Klondike Grand Prix, Circuit of the Mendips and Beaumont Trophy, while Tom Stewart won the Lincoln Grand Prix and Ollie Wood bagged the opening stage of the Tour of the Reservoir.

The momentum continued with a clean sweep in the six-round National Circuit Series, including a remarkable five victories for Bostock.

Townsend went on to boss the Eisberg sprints classification at the Tour of Britain, following in the wheel of Paton and keeping the red jersey in Fleet for a second season.

Earlier in the campaign, Alex Richardson won the 1.2 Arno Wallaard Memorial on his way to the overall Holland Cup title. 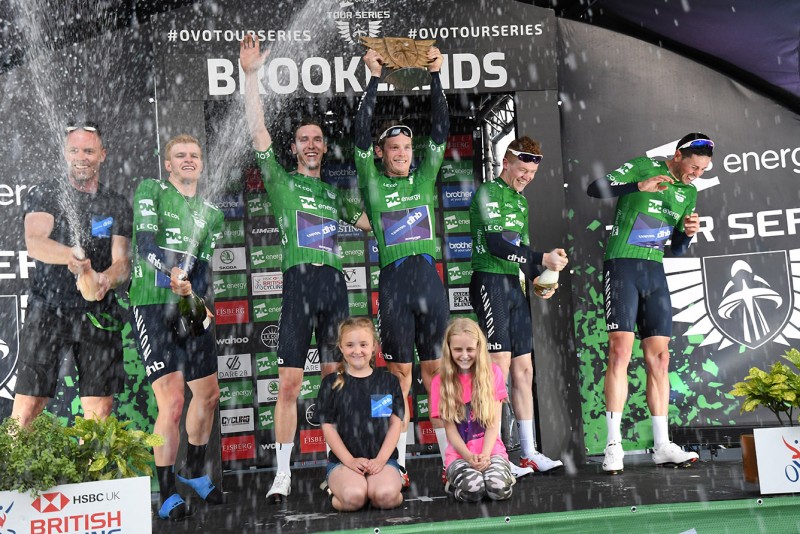 Richardson and Dan Pearson also clinched stage triumphs in the 2.2 Tour de la Mirabelle before Townsend capped the season with a brace of wins in the 2.1 Tour of Fuzhou in China.

Canyon dhb p/b Soreen will once again race in the brand’s Aeron Lab range, which has been developed and refined with expert insight from the riders.