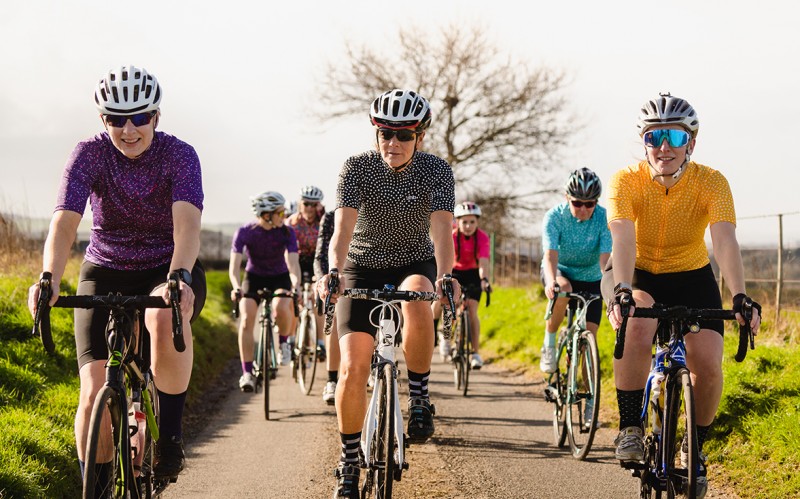 “We’re not just sticking a pocket on and making it pink.”

Historically, women’s cycling apparel was an adapted version of that served up to their male contemporaries. The shrink-it and pink-it approach.

Times have changed, though. And in spring-summer 2020, dhb have come bang up to date with MODA – a female-specific tri-sport collection.

Eighteen months ago the brand, based in Portsmouth, England, gave their passionate group of female designers and developers the freedom to produce kit tailored to women.

After in-depth research and rigorous testing, the result is a line it is hoped will give more women the confidence to get on their bikes. 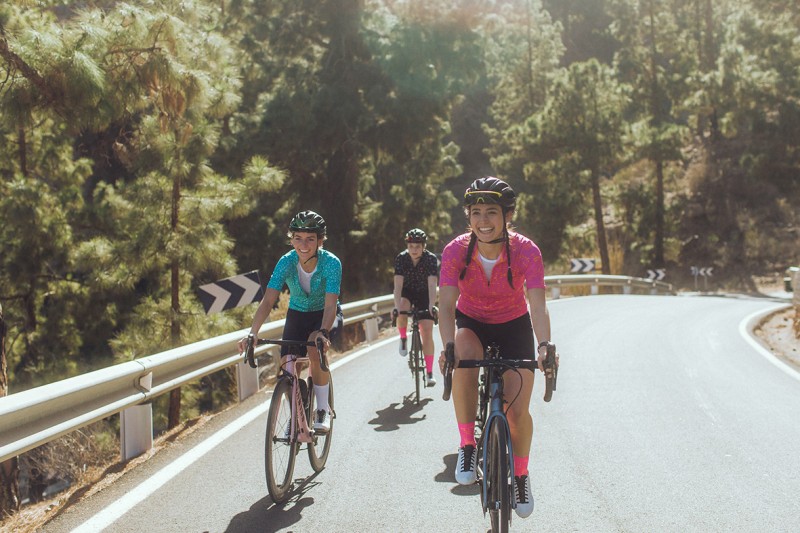 MODA (mod-a) means fashion in Italian – with Italy also the home for the fabrics and production of the eye-catching new range.

dhb designer Steph Kitchen takes us back to the kit’s inception and why she felt the project was so important.

“This is the kit we would like to ride. We’re not just shrinking the men’s kit and making it pink. We wanted to come at it with a bit more of an open mind.

“There are lots of rules in cycling kit. You should wear matching road kit, a traditional jersey, glasses, your socks and shorts need to be a certain length et cetera. 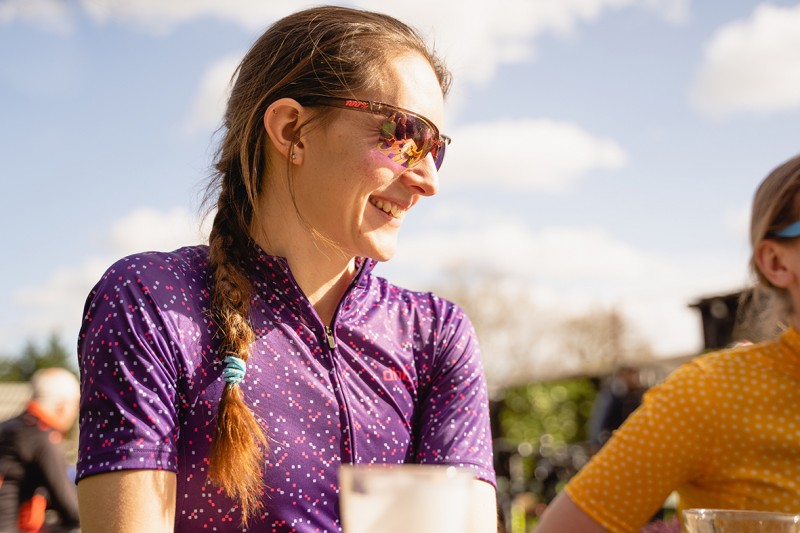 “But if you’re a female rider, or new to cycling, you might not be worried about whether your socks are the right length!”

As ever, research was key in the design and development of MODA. Often research comes from outside the world of cycling.

“There is some really nice women’s cyclewear but when we started, we looked elsewhere for inspiration,’ added Steph.

“We were inspired by other sportswear, where men’s and women’s clothing are not like-for-like. Gym and athleisurewear is a good example. What women wear to the gym is totally different to men.

“A lot of men wear shorts and T-shirts and the majority of women wear racerback vests, leggings with side pockets in bum-sculpting cuts. That’s amazing. But there was no cycling equivalent. 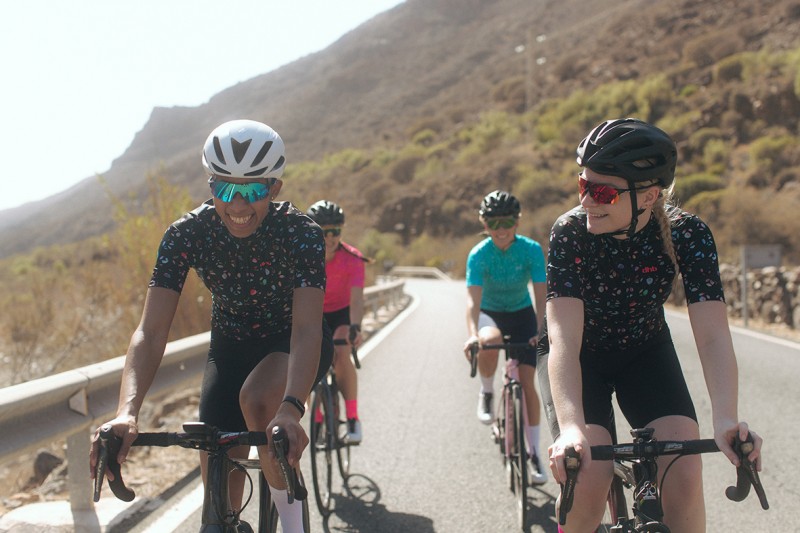 “We looked at other sports and looked at what was going on fashion-wise, too. Then we began by working on T-shirts and vests.

“Kit that looks casual and doesn’t make you stick out in a café. You don’t feel like a wannabe pro cyclist.

“I normally just wear a dhb racerback vest when I’m on a bike in the summer, so we looked at making something similar that was a little more cycle-friendly – with a higher-cut neckline, a cycle-specific fit and cycle pockets.”

Each one has a raft of exciting features, prompted by the work of Steph, fellow designer Rebecca Clarke and junior developer Hannah Brighton. 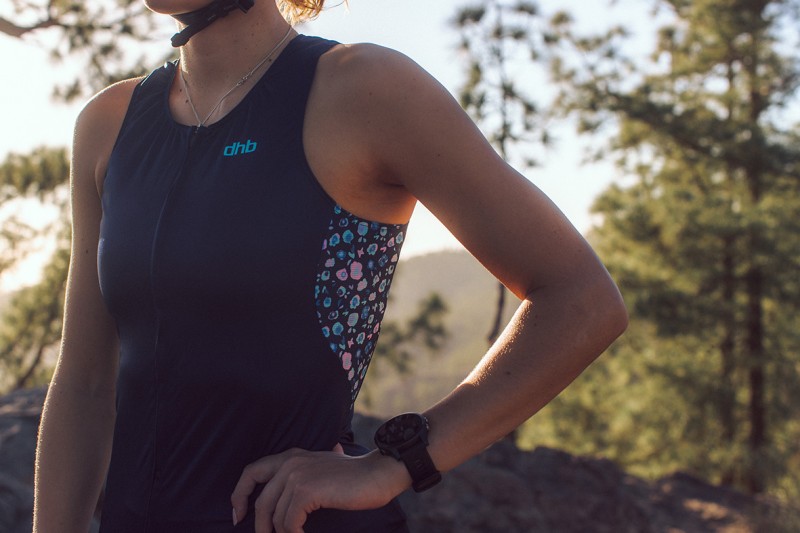 The jersey fabric has excellent stretch, there’s a more sympathetic pad placement, ergonomic and flattering seam lines, soft mesh and no grippers on the shorts in a bid to reduce “sausage leg”.

A less aggressive collar depth was delivered, although Rebecca admits the team were forced to compromise.

She added: “We originally wanted to reduce the collar to nothing but we couldn’t achieve that, so we’ve made it as small as possible.

“We’ve chosen a more opaque, softer mesh, too, because we find women are more touch oriented. We know if the kit feels soft, it’s a plus.”

That mesh is used on the bib shorts, with the high-cut version designed to be worn without a baselayer or even on their own. 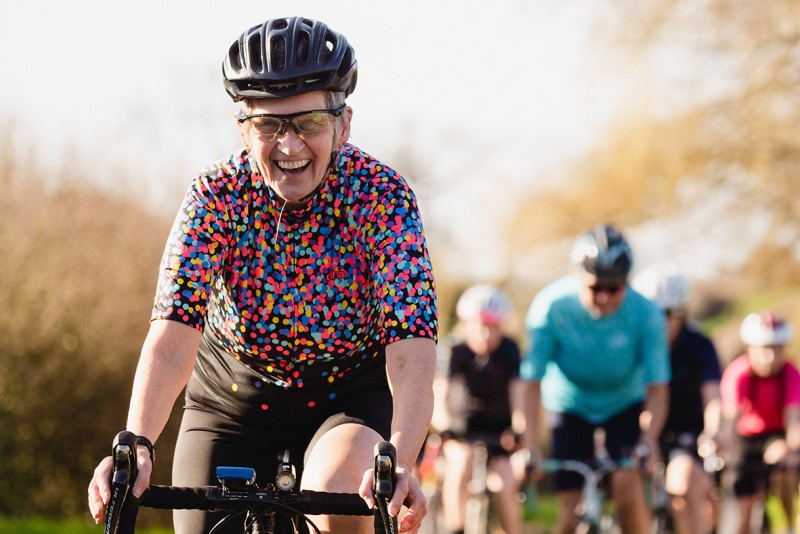 And it’s in the legwear where the work on improving seam lines, bringing them more into line with gymwear, really came into its own.

Rebecca revealed: “We drew on people a lot! We drew on bodies. We put the shorts on different people and then drew the seam lines on – rather than trying to work it out separately.”

Hannah added: “When Dani Rowe was here, we looked at the bib shorts on her and decided to change them.

“They didn’t fit her right and that’s when we moved the seam lines. They are now much more shaped around the bum to make them more flattering.”

And then came the dreaded “sausage leg” – when a gripper squeezes so tightly it compresses the flesh and causes a bulge on either side. 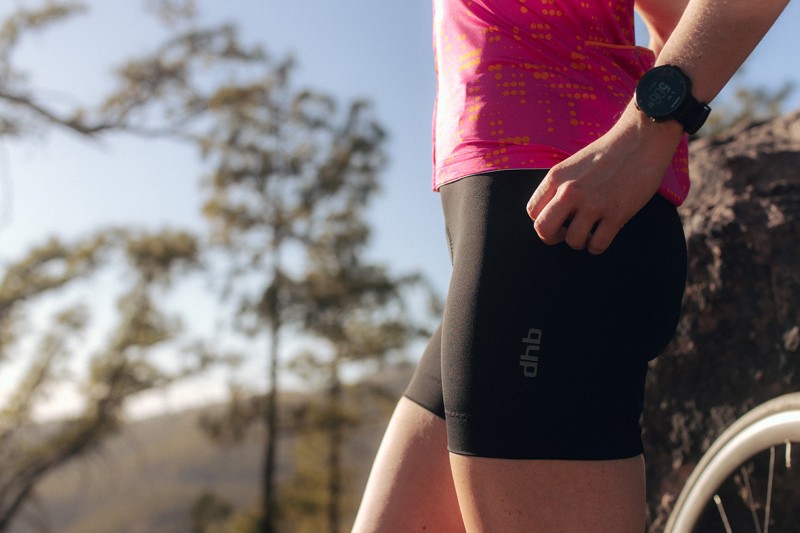 The solution was a longer length on the bibs and the removal of the silicone gripper which is commonly used to keep the shorts in place.

Steph said: “None of the shorts have grippers. They have a minimal hem that makes your leg look smooth. You just don’t need the grippers. The fabric is good enough without it.

“The zigzag stitch matches the stitching around the seat pad, which gives the shorts a more minimal, modern look.”

Hannah continued: “We definitely did a lot of work on leg length. That was very important. Where it finishes is where you traditionally get sausage leg, so we wanted a longer length to reduce that.

“We then put Rebecca on the turbo, drew a marker on her leg and got her to cycle with it to see if it would ride up and move. The difference between using silicone and just going with a zigzag stitch was nothing. 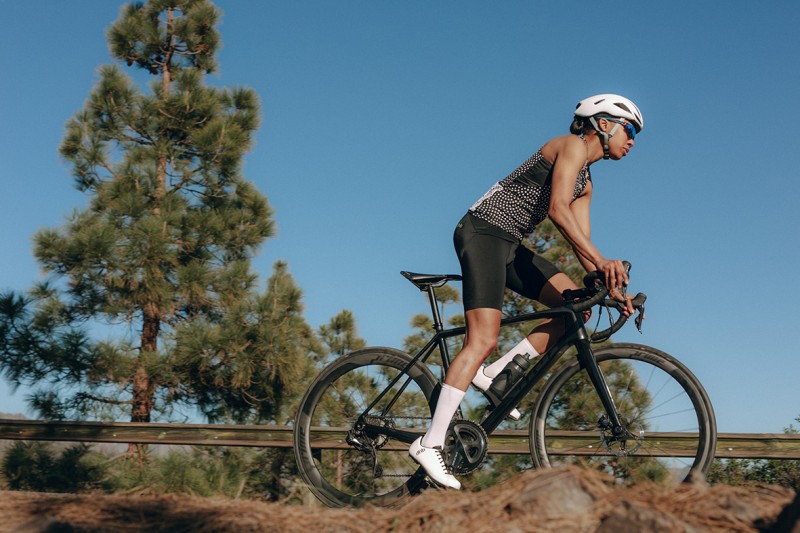 “We have gone for a wider zigzag stitch as well, to give the leg more stretch. That way the same size short will fit both a slimmer leg and a larger, more muscular leg.”

Elastic Interface continue to supply the seat pad, as they do the entire dhb range. And the popular Giro chamois was an obvious choice.

Hannah added: “We looked at the position during the testing, there was a lot of wastage. A lot of the padding shifted too far backwards.

“We moved it forward for an easier, less aggressive ride, while the zigzag stitch gives it more movement, which allows it to adjust slightly with the rider.”

The launch of MODA is a proud moment for the team and the passion of Steph, Rebecca and Hannah in the products is clear to see.

But there is plenty more to come – with the range set to expand through autumn/winter and into next year.

Hannah finished: “We’ve worked on things we have not brought out this time, so there is constant development going on which is really exciting.” 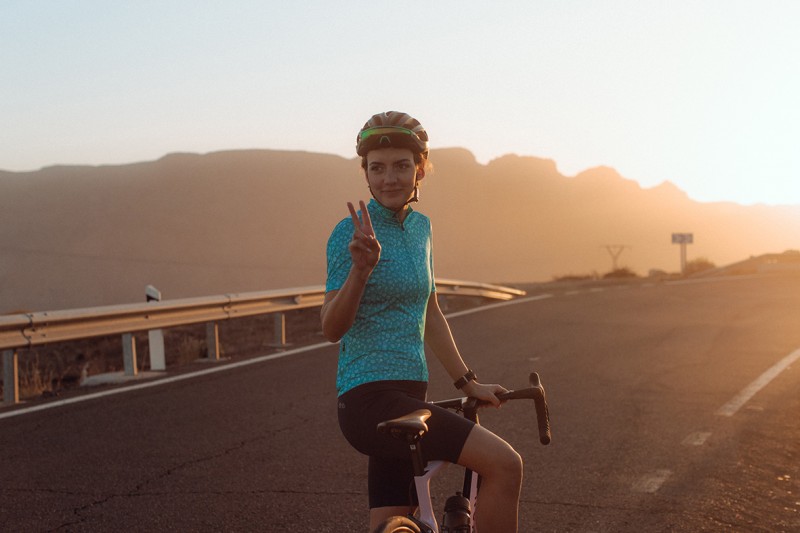