Don't let pain stop you from running. Here's how. 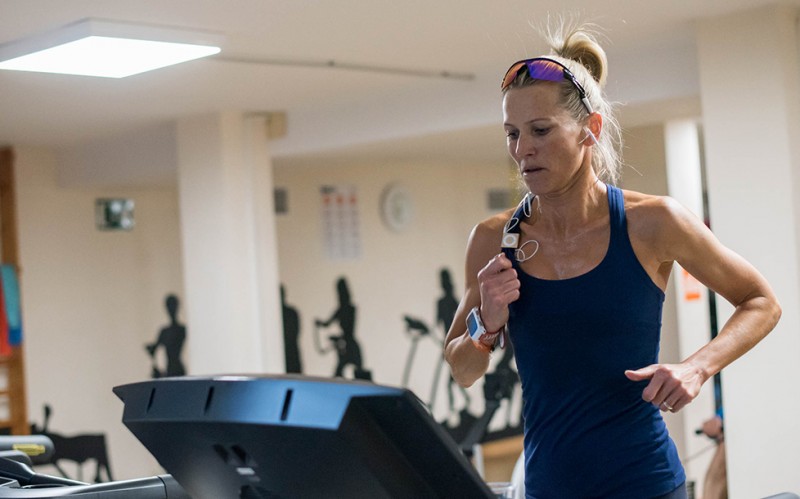 Whether you've just started a couch to 5k or you're on your way to your first marathon, running injuries can strike at the worst time. Don't let them stop you in your tracks. HOKA ONE ONE ambassador Michelle Dillon shares what she's learned about injury prevention.

Running is a great sport partly because it is so simple; you grab your running shoes, no matter where you are in the world, and you can go for a run. It’s probably one of the best workouts and easiest ways to get fit quickly.

One of the most frustrating things about running, however, is getting injured, especially when you’re training for a specific event or even if you just love to run every day.

Over the years I have clocked up a lot of running miles.  I come from a running background and started out at the age of eight.  I competed at the Commonwealth Games over 10,000m, won various international road and cross-country races and my PB for 10,000m was 31:40.

In my early 20s I would run up to 160km per week and I'd feel great. I would have a string of great performances and would be in the best form of my life then BANG, I would pick up an injury.

I had several stress fractures in my running career, some of which put me in plaster and out of running for almost a year. Eventually, I moved to triathlon and competed at two Olympic Games.

Ultimately, I had to have double spinal fusion (don’t ask!) which forced me into retirement.

I made a lot of mistakes in training back then by trying to run through injuries, which you learn from, thank goodness, as you get older.  You certainly don’t want to make the same mistakes twice. Thankfully I am still able to run today.

So what can you do to help prevent getting injured? Here are a few things I have learnt over the years (which unfortunately I didn’t do when I was younger!):

I’m now 46 yrs old and have been running my own coaching business called Team Dillon Coaching for the last 12yrs.  I have come back to compete in age-group triathlon in the last two years and I’ve won two world titles.

I’m enjoying my running more now than when I was in my 20’s because I run on average 3-4 times per week, I cross-train, I do gym work and I still race well for my age.  It’s all about balance.  Find the best balance for you and stick with it. Most of all, stay injury-free and enjoy your running!!!

Words supplied by Michelle Dillon for HOKA ONE ONE

Posted in Run and tagged run, running, injury, Triathlon, Training
Thinking of getting into road cycling?
How to find the bike for you
717,920 Fans
32,494 Subscribers
75,504 Followers
14,703 Subscribers