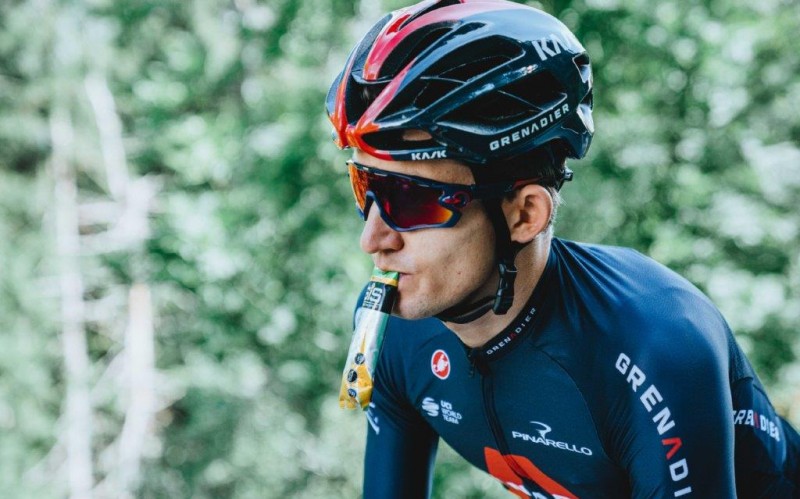 The rescheduled 2020 Tour de France sees the riders face the unique challenges of competing at a later time of year with even less racing in their legs than ever before. We asked nutrition brand Science in Sport how a top-level team like Ineos Grenadier will be fuelling for the three-week race.

Demands of the Tour de France

The Tour de France represents the pinnacle of the road cycling season and the 2020 edition has been described as one of the toughest in 25 years. This year's race is taking place from August 29th to September 20th instead of its planned June 27 to July 19 slot. With the compressed season due to Covid-19, riders haven’t had the usual lead-in of preparation races to test their form and tactics. This has added to the intrigue of the 107th edition with many riders and teams uncertain of how they will respond over the gruelling 3 weeks of racing.

The 2020 Tour de France will feature eight mountain stages with four summit finishes, nine flat stages, three hilly stages, and one individual time trial on the penultimate day. The race takes on mountains in the Alps, the Massif Central, the Pyrenees, the Jura and the Vosges over the three weeks.

The route moves from the Grand Départ in Nice northwards for an early summit finish to Ocières-Merlette at 1,875m in the Hautes-Alps on stage four. It will then head west through central France and down to the Pyrenees for two mountainous stages to Loudenvielle and Laruns.

The race then transfers north to Le Charente Maritime for the first rest day before resuming on the west coast where crosswinds could feature. It will then again head through the centre of France and the Massif Central with a hard summit finish to Puy Mary. As it heads towards its climax, riders will take on a summit finish to Grand Colombier in the Jura mountains before the race heads into the Alps for finishes to Méribel and La Roche-sur-Foron.

The Tour then heads north with a transition stage and culminates with a time trial up the steep slopes of La Planche des Belles Filles in the Vosges. The climb featured as a summit finish in the 2019 edition.

The race will conclude with its traditional run into Paris and the Champs-Élysées. With the hard nature of the 2020 edition of the race and tough penultimate time trial stage, the yellow jersey could be decided by a matter of seconds. Nutrition and hydration will play an integral role in fuelling, recovery, weight management and reducing illness. 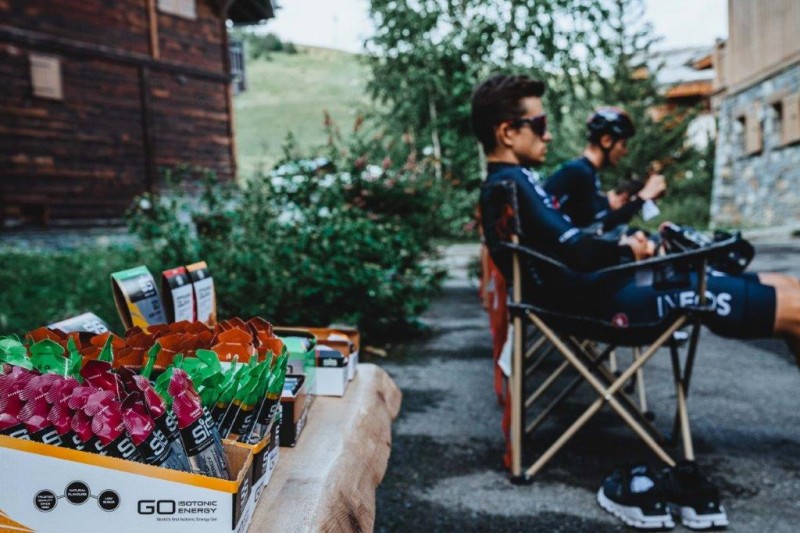 As with all stage races, the ability to fuel and recover consistently day-to-day is a key factor in maintaining performance. This is the primary aim of nutrition support for riders across the three weeks of the Tour de France.

Each stage typically finishes between 5 and 6 pm with the next stage commencing the following day between 12 noon and 1 pm. This means there's an 18 hour turnaround time to recover from one stage and prepare for the next.

Recovery begins straight after the stage on the team bus through bespoke recovery drinks (containing a blend of carbohydrate and protein), fruit smoothies and high carbohydrate foods. Depending on the stage intensity, riders will typically consume carbohydrate at a rate of 1-1.5 g/kg per hour during the first 2-3 hours (1).

After a few hours of rest/transfer to the next hotel, riders then typically have their main evening meal aiming for 3 g/kg of carbohydrate.

The next day, riders will typically consume a carbohydrate-based breakfast aiming for 2-3g/kg (porridge, fruits, smoothies, juices, pasta, rice, bread etc). In this way, riders commence each stage with fully loaded glycogen stores ready for another hard day in the saddle!

Each will also include a good amount of high-quality proteins to support muscle repair and recovery (eggs, yoghurt, chicken, fish). 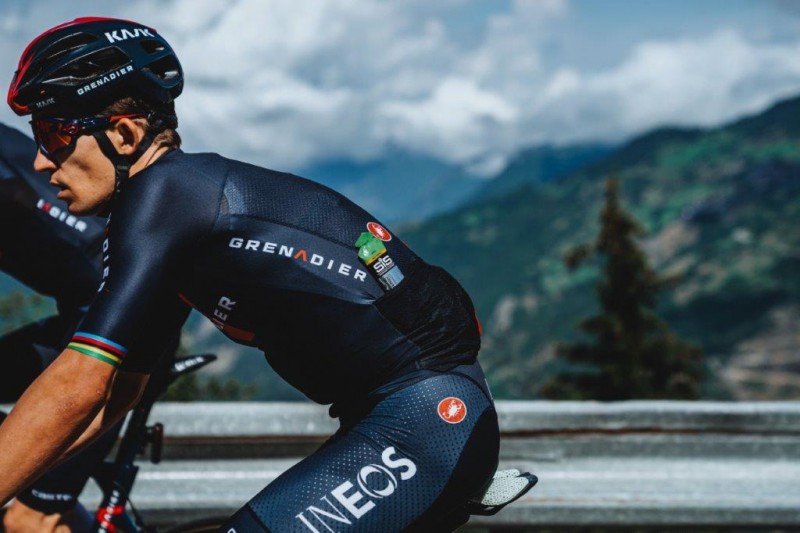 Mountain stages represent the toughest days on the road in terms of energy expenditure and the added stresses of unpredictable weather and altitude.

Mountain stages are characterised by repeated medium to high mountain climbs that often culminate in a mountain summit finish.  Usually, these finishes are completed at intensities well above “lactate threshold” (>350-400 watts for elite riders) and ensuring high carbohydrate availability for those race-winning moves is absolutely essential.

As many of these stages are undertaken in extreme heat, the importance of carbohydrate, fluid and electrolytes (e.g. SiS GO Electrolyte drink) becomes even more important (4).

Riders typically consume solid race food during the first half of the race (e.g. rice cakes, small panini and SiS GO Bake bars) before making the transition to gels and isotonic drinks (e.g. SiS GO Isotonic Gels, Beta Fuel, SiS GO Electrolyte) in the second half. Caffeine gels (SiS GO+Caffeine) are typically consumed around 45 minutes prior to the toughest sections of climbing so as to provide a mental and physical boost (5,6). 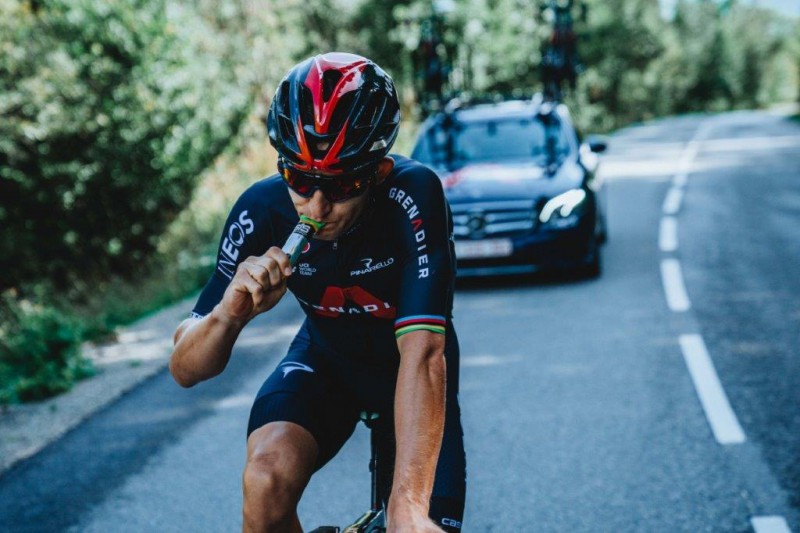 Given the importance of maintaining optimal power-to-weight ratio (especially considering the last week of climbing), flat stages can often provide an opportunity to help manage weight by deliberately fuelling less.  This is usually achieved by feeding less on the bike where carbohydrate targets of 30-60 grams are usually adhered to.

Recovery after a flat stage also does not need to be as aggressive in terms of carbohydrate intake. Protein intake, however, is never compromised with riders aiming to consume 30-40 grams within 30 minutes of stage completion.

Depending on the nature of the stage, the majority of riding in flat stages is typically undertaken well below “threshold” intensity. In these instances, fat becomes important as a fuel. Team leaders and General Classification riders will try to conserve as much energy as possible on flatter stages. However, the riders in a team that have the job of protecting the team leaders will often have to work a lot harder on these stages. Therefore, fuelling can look differently within a team and between individual riders.

Nonetheless, riders must be able to adapt their in-race strategy depending on what happens during the stage.  If the intensity creeps up, then more carbohydrate is quickly consumed! 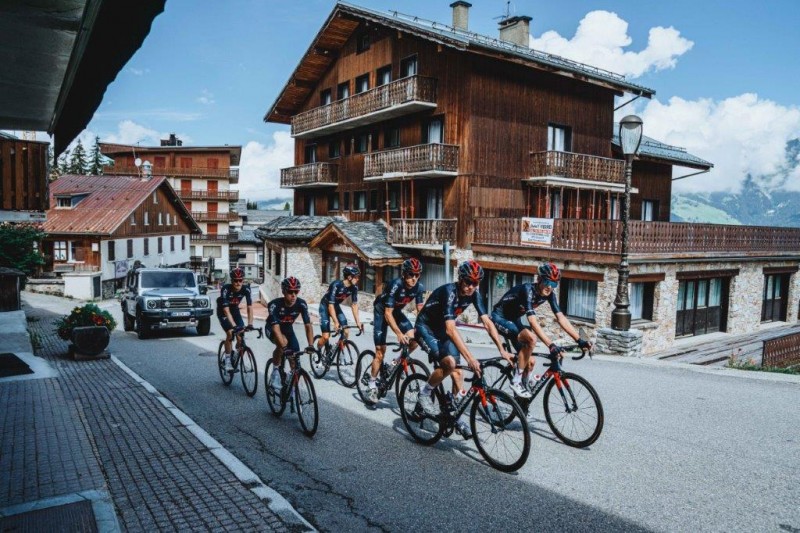 The one time trial on the penultimate day is a crucial stage with 900m climbing compressed into 36 km. Riders will need to have the balance right between being well fuelled with sufficient glycogen stores but also being as light as possible (to optimise their power to weight ratio). Although the duration and overall energy expenditure are not as high as a flat or mountain stage, the intensity is much higher.

The capacity to produce and sustain a higher power output for a prolonged period of time along with optimised aerodynamics are key determinants of success in TT.

These stages are predominantly fuelled by carbohydrate metabolism and as such, the evening meal the night prior to the time trial becomes especially important.  This point represents the last major time point to increase glycogen stores and riders aim for carbohydrate intakes of at least 3 g/kg body mass in this meal.

The pre-race meal is usually lighter and lower in fibre (so as to aid digestion and absorption) and is consumed around 2.5-3 hours before the event.  Riders will also consume additional carbohydrate during the warm-up in the form of a gel as well as 2-3 mg/kg of caffeine during the warmup.

In order to prepare for time trials, riders will also have previously loaded with beta-alanine and some will consume sodium bicarbonate (7) around 90 minutes prior to going down the ramp.  Hopefully, by the end of the time trial on Stage 20, The Grenadiers will be in the famous yellow jersey. 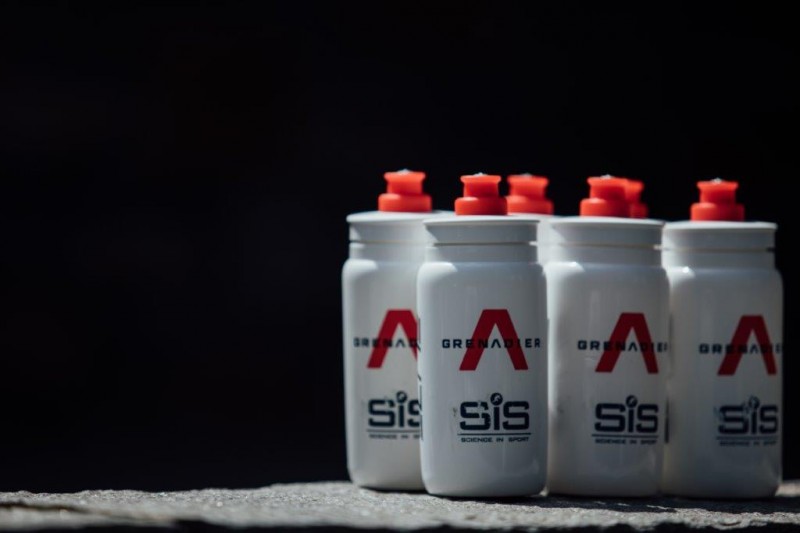