Greatest runners of all time 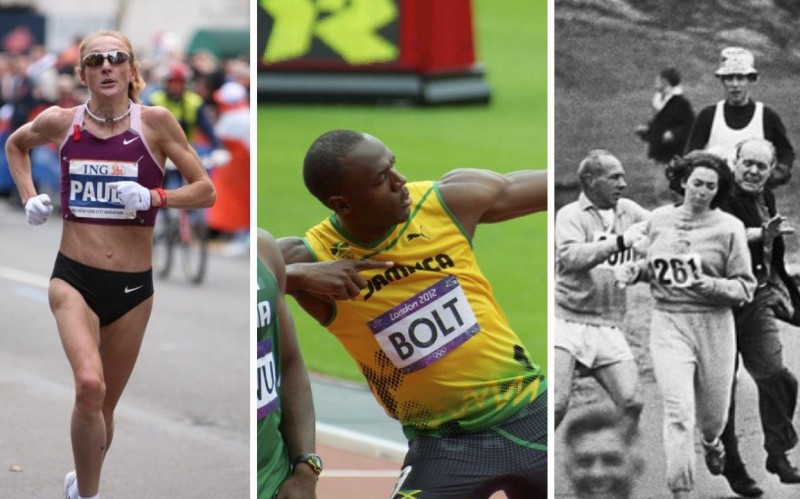 We took to social media to ask our community of runners who they thought was the greatest runner of all time... and the list of responses was quite impressive. We've compiled the results from Facebook, Twitter and Instagram into a list; runners who made history and some whose records are still standing many many years later... 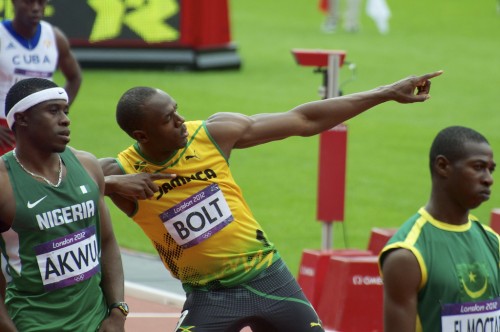 Usain Bolt came flying into the limelight as a teenager in Jamaica, but it was the 2008 Summer Olympics where he really took to the global stage setting a 100m world record of 9.69 seconds. The following year, 2009, Bolt set the world record again in the 100m sprint, running 9.58 seconds which still stands to this day.

Bolt's 100m world record is iconic, as his coach had said that Bolt would be better suited to middle-distance racing. Bolt was only allowed to enter his first 100m race as a deal if set a new 200m national record - which of course he did, and the rest is history. 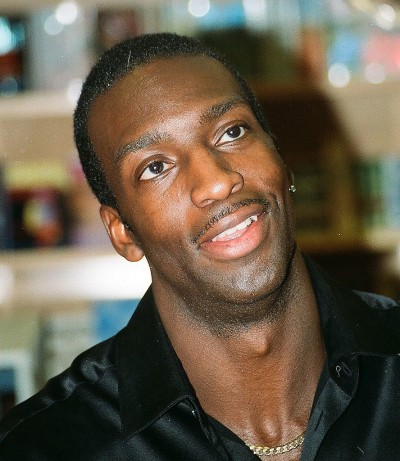 Not only is Michael Johnson considered one of the greatest runners of all time, but he has become well known amongst newbie runners too, with his voice coaching on the 'couch to 5k' app. 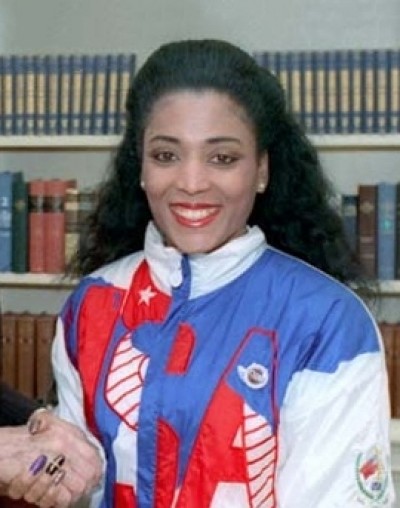 Florence has made it on our list of the greatest runners of all time as she STILL has the current world record of 10.49 seconds for the (wind-legal) 100m. She set this in 1988 along with her world record of 21.34 seconds 200m.

Will the legendary American track and field athlete have her record broken at this year games? 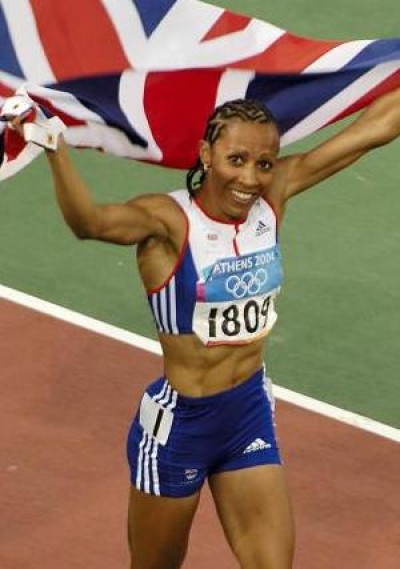 Kelly Holmes specialised in the 800 and 1500m middle distance events and it was during the 2004 games that she won double gold.

She set many British running records for the 600m, 800m and 1000m events which still stand to this day.

She became 'Dame' Kelly Holmes after her two-time win in Sydney and now retired, is found inspiring young people with her registered charity and has been a well-respected president of Commonwealth Games England. 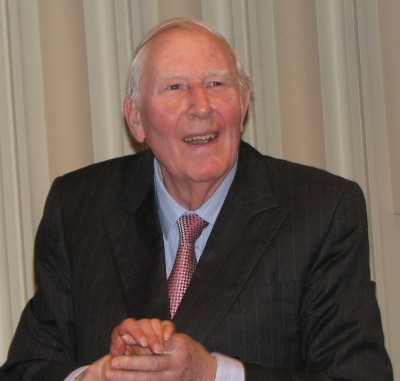 Sir Roger Bannister is a well-celebrated British middle-distance athlete who is best known as being the first person to run a sub-4-minute mile. His official time came in at 3 minutes 59.4 seconds in 1954. This record was Bannister's personal goal after the Helsinki games, having not made the podium. 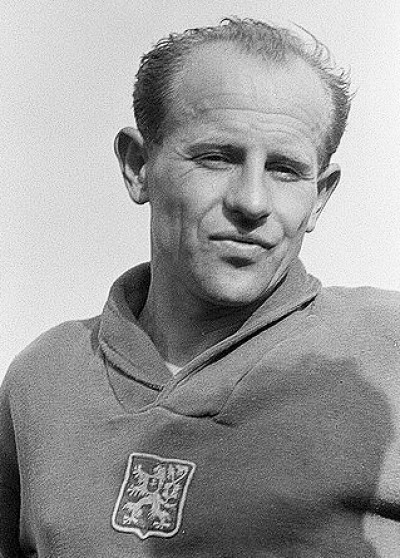 Many say that Emil Zatopek revolutionised running. He was one of the first runners to dedicate their training plans to interval training, short bursts of sprint followed by a short recovery, to teach himself to become a faster runner.

He was not naturally gifted like his rivals, it was his dedication and determination to improve that helped him to break 18 world records and win 5 Olympic medals.

Paula is the queen when it comes to running having won three London Marathons, three new york marathons and the Chicago marathon. Her world record marathon time stood for 16 years from 2003-2019! She set this world record of 2:15:25 during the 2003 London Marathon.

During the 2005 London Marathon, Radcliff suffered from real runners problems, needing to poop around the 16-mile mark. Despite this turn of events she still managed to win the race by a whole minute. 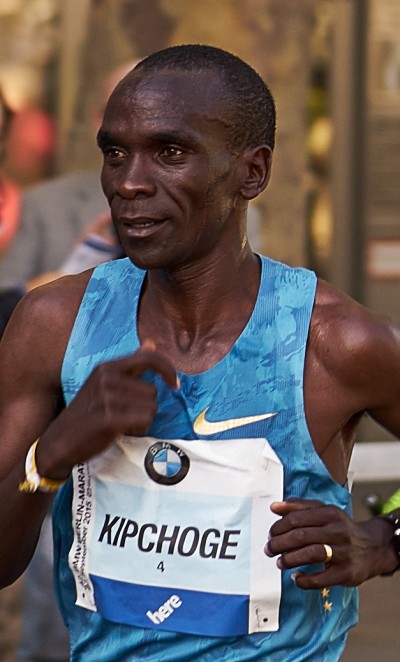 Kipchoge is was formerly a 5000m runner before turning to marathon distance.  He holds the world record of 2:01:39 for 26.2 miles, which he set at the 2018 Berlin Marathon by 1 minute and 18 seconds. However, it is his 2019 achievement that he is best known for. He is the first person to run a sub-2-hour marathon, on a special closed course in Vienna. The event does not count as a world record, due to non-standard rules regarding a pacing team but is one of the greatest ever running achievements to date. 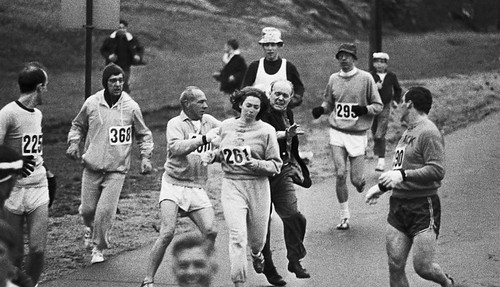 Kathrine Switzer has been one of the biggest influences in women's running, having been the first woman to officially register at the Boston Marathon in 1967 under the name of K.V Switzer. As she used her initials, her gender was not questioned, but at this time, women were opposed from running the marathon. Kathrine was repeatedly assaulted by fellow runners during the race to try to stop her running. But with much persistence, she finished the race in 4 hours 20 minutes.

Following this, women were officially banned from running the Boston Marathon for another 5 years, until a women's race was created, thanks to Switzer's campaigning for rights. 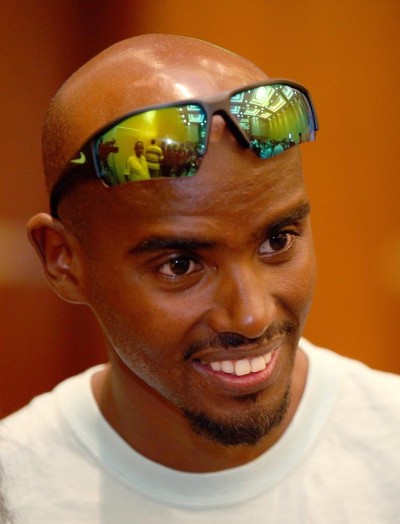 Courtesy of Doha Stadium Plus Qatar from Doha, Qatar - Mo Farah, CC BY 2.0

Mo Farah is the most triumphant British runner of all time with ten global titles and setting the first of many British records in 2009 for the indoor 3000m. His success only continued where at the 2011 world champs he became the first man to win both the 10,000m and the 5,000m. This became Farah's signature move, completing 'the double' again at the 2012 and 2016 games.

Following his success on the track, Mo Farah took to road running and has competed in the London Marathon, coming 3rd in 2018.

Your opinion - greatest runners of all time

Think someone else should be on this list? Join the conversation here: