How To Love Running In The Dark This Winter 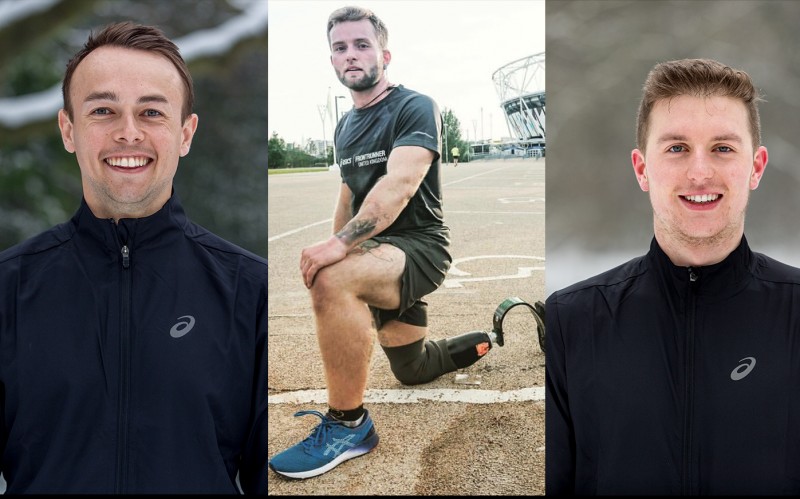 When the dark evenings start drawing in, it’s tempting to go into hibernation mode but with the right kit and preparation, it’s possible to keep running year-round. You might just end up loving it! We asked Asics Frontrunners Jon Baguley, Jamie Gane and Curtis Broadhead how they’ve learned to embrace those dark evenings.

Why run in the dark anyway?

‘The constant goal of trying to maintain a healthy balance between our sports passion and busy family, work and social lives remains a constant challenge for many. It often means training early in the mornings or late in the evenings,’ says Jon. 'During winter, training when it’s dark becomes the norm.’

‘I love the challenge of running at night,’ Jamie tells us. ‘Having to keep an eye on the trails keeps my mind occupied when the temperatures drop. You become one with the night. Whether you’re running first thing in the morning or late at night, it takes a lot of dedication and motivation to be able to drag yourself out while others are sat in their homes, snuggled up in a blanket.'

If you’re running outside during the darker hours, you’ll need to make sure others can see you.

‘One form of reflectivity isn’t enough,’ Jon explains. 'Clothing with reflective elements, like the Asics Lite Show range, ankle and wrist bands and shoes with reflective details are even more effective when combined.’

‘Most of us have a pair of bright yellow, green or orange shoes which stay at the back of the wardrobe because they are ‘too bright’. When the nights stay darker for longer, ‘too bright’ is exactly what you want and need’ Curtis adds.

With his prosthetic leg, Jamie can tape on glowsticks but he says ‘If you don’t have a leg made from metal, consider investing in a good strobe to allow for 360-degree visibility. Flashing strobes can be great to warn drivers from a distance but if you’re running with a group, they can be very distracting for the runners behind you so be cautious of others around you and buy appropriately.’

Even in suburban areas, street lighting might not be enough or may not even exist. If you think you’ll be running in dark areas or on trails, make sure you can see where you’re going to avoid mishaps. Jon tells us ‘head torches are great for running. Many now have flashing features so even if you’re in a well-lit area they can be used to get you seen.’ 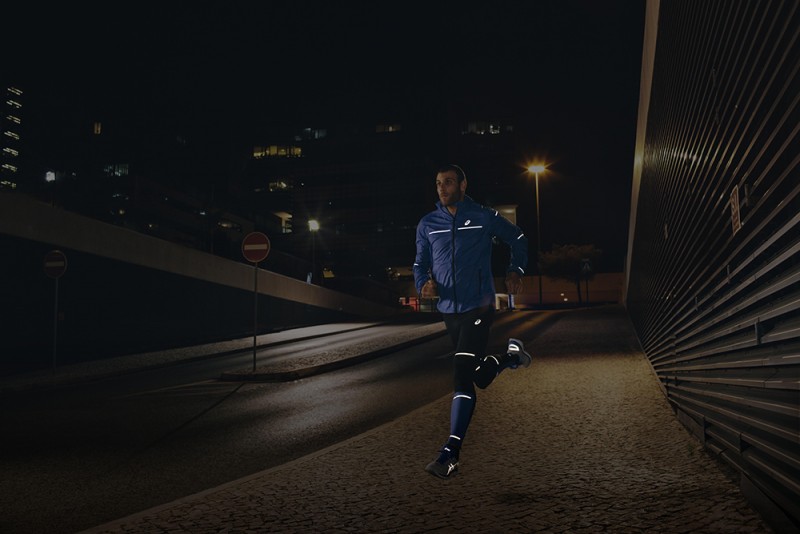 Know where you’re going and assess the risks

If you are running on trails, it can be even easier to get lost, even if you’re familiar with the area. ‘Many fitness trackers allow you to track previous routes and give you real-time guidance en route’ Jamie says, so if you don’t have one already it could be a smart investment.

‘Plan your route according to the terrain and amount of light available. I personally love running in pitch black with just my head-torch, but I plan a route away from any other traffic without any risk of endangering other runners with my lack of visibility. With fewer runners on the paths, roads and trails, also be prepared to bring your phone in case of any emergencies.

‘It’s also a good idea to check crime reports if you’re unfamiliar with an area. If in doubt, stick to streets that are well-lit.’

Run to the beat, but stay aware

Music can be a great motivator, especially on darker days. You might even get a boost from up-beat podcasts or audio-books.

It’s fine to add a soundtrack to your run if you’re still mindful of what’s happening around you. ‘If you aren’t a confident runner, be careful with music and consider purchasing some high-quality, but low volume headphones that allow you to be aware of your surroundings,’ says Jamie. ‘During the night, your senses are heightened so try not to block out your ears too much with loud music and allow yourself to embrace the night time calls.

If you’re out after dark, it’s likely the temperature has dropped. For night-running aficionado Jamie, 2am to 5am is the most difficult time.' That’s when your energy levels are low, and you just need a lovely, warm drink. A nice warm bowl of salty soup can kick away the cramp and keep you warmed up for a good night of running.’

Check the forecast and kit up accordingly – there's no such thing as bad weather, as they say! ‘Windbreakers and leggings can be your friend when you’re stuck in the cold winds and a fresh pair of socks when you’re freezing your toes off can be your best friend,’ says Jamie. ‘Gloves and a hat can be a lifesaver and a good jacket can make a real difference to getting yourself out there to embrace the cold.’

Have a great time!

Once you’ve got into the habit, you might find yourself becoming a real night owl.

As Jamie says, ‘It can be a huge joy as you sprint past the buzzing pubs and nightlife, knowing you’re on your way to a new PB.

‘You’ll be surprised how your mind will play tricks on you when you’re running throughout the night. Songs in the likes of ‘Baby Shark’ will circle round your mind and you’ll find yourself having full conversations with yourself - this is certainly where the fun starts!’

Jon Baguley caught the running bug in 2007 when he entered the Dublin Marathon to raise money for charity after his dad was diagnosed with cancer. Since then, he’s represented GB in triathlon and completed multiple marathons and ultras. Follow Jon on Instagram.

Jamie Gane was wheelchair-bound for 14 years following a below-knee amputation. Having learned to walk again in June 2017, he now runs with a blade. He also competes in Judo at an international level, without his prosthesis, against athletes with two legs. Follow Jamie on Instagram.

Curtis Broadhead wasn’t always into running. He only started four years ago but now there’s no going back. He’s even hoping to one day make his hobby into a job! Follow Curtis on Instagram.

Posted in Run and tagged run, running, winter running, running in the dark