How running your first marathon could make you four years younger 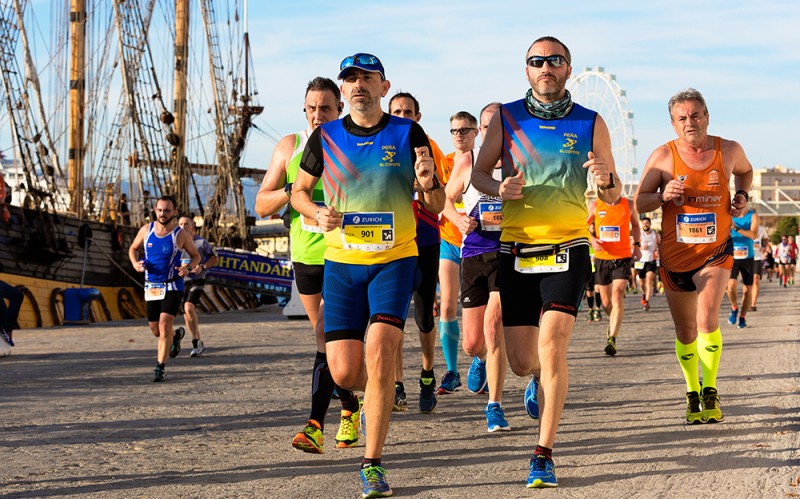 Training and competing for your first marathon makes you four years younger, a major study has found.

The research, funded by the British Heart Foundation, followed 138 first-time marathon completers and found their average ‘arterial age’ and blood pressure measurements dropped to those of people four years their junior.

Speaking about the results, Dr Charlotte Manisty from Barts Heart Centre and University College London said: “Our study shows it is possible to reverse the consequences of ageing on our blood vessels with real-world exercise in just six months. These benefits were observed in overall healthy individuals across a broad age range and their marathon times are suggestive of achievable exercise training in novice participants.”

Researchers selected a group of untrained but otherwise healthy individuals, aged from 21 to 69 years, to run the London Marathon. They were put on a six-month training plan of between six- and thirteen-hours a week.

Even though none of them had run a marathon in their lives, the average finishing time was a respectable 5.4 hours for women and 4.5 hours for men.

Blood pressure and ‘arterial age’ were measured pre-and-post marathon. Over the course of the study, blood pressure in participants had dropped significantly, and blood vessel elasticity had improved by a degree equivalent to a four-year reduction in 'arterial age.’

If you're thinking this is all great but it's too late for you to make any difference, you might be wrong - the benefit was found to be even greater in older, slower runners who had a higher baseline blood pressure.

British Heart Foundation Associate Medical Director, Professor Metin Avkiransaid said of the findings: “The benefits of exercise are undeniable. Keeping active reduces your risk of having a heart attack or stroke and cuts your chances of early death. As the old mantra goes, if exercise were a pill it would be hailed as a wonder drug.”

Even if running a marathon doesn’t appeal to you, you can still reap the rewards of a healthier circulatory system. The British Heart Foundation recommends at least 150 minutes of moderate-intensity exercise, which could even be a few brisk walks or 75 minutes at high-intensity

Having a goal like a race or a sportive to work towards will keep you motivated and you might even get hooked on that sense of achievement when you've done it so it's a win-win!

Join Wiggle on one of our 2020 events

Head to Wiggle guides for training plans, advice and how-tos