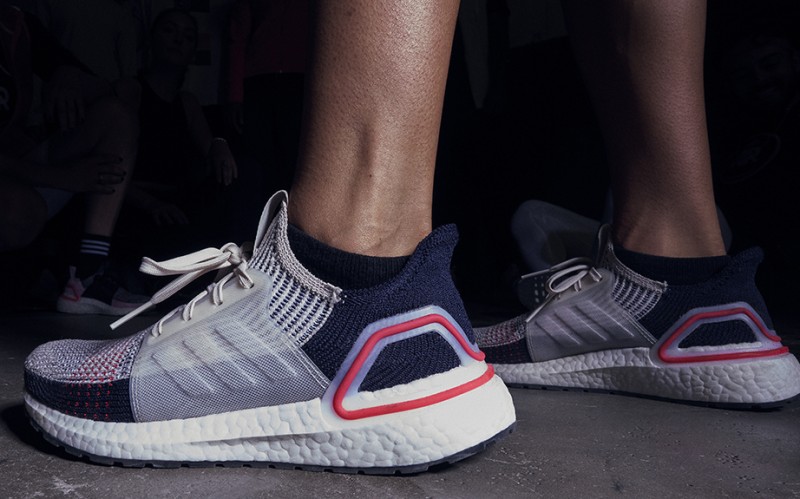 Running is not what it used to be.

Millions of runners around the world. Millions of individual stories. Each one unique.

Running crews are springing up in cities, enabling human connections in an age dominated by long working hours and technology.

Some groups use running to improve their communities, picking litter as they go or engaging those who are marginalized.

Races are no longer the traditional set distances. It’s not just you against the world. With a team you can cover new ground you never imagined was possible.

Millions of runners around the world. Ripping up the sport of running and making it new.

Adidas have placed themselves at the heart of the evolution of the sport. Through their ‘adidas Runners’ clubs, and their relationships with international athletes and creators, they stay connected to running culture as it grows.

‘Creators, consumers, runners from all over the world are hacking up the sport, tearing it apart and starting to rebuild it in their own inspiring and imaginative ways,’ says Senior Director of Running, Kate Woods. ‘We want to be the brand that facilitates this.’

The world of running is being re-coded. This was the starting point and the inspiration for the latest evolution of the ULTRABOOST.

Since it was first introduced in 2015, the adidas ULTRABOOST has become Wiggle’s best-selling running shoe. Ever. We’ve sold over 100,000 pairs. The average customer rating is an impressive 4.7 out of 5.

According to our customers, it's one of the most comfortable running shoes out there. The BOOST midsole, offering a fast and lightweight ride, gives runners incredible energy-return with every foot-strike.

The stylish Primeknit upper and countless colour options have also made them a favourite for fashion-conscious sneaker-heads too. Many of our customers admit to owning several pairs.

So, back in 2016, adidas started to ask how this already popular running shoe can evolve to meet the ever-changing demands of runners.

They reached out to their global community of runners and creators and asked two simple questions. What do you love about ULTRABOOST? What do you want to see improved?

As expected, the response was overwhelmingly positive about the comfort and cushioning. The two things that could make it better? A little more stability, a little less weight.

Matthias Amm, Product Category Director for Running, explains the starting point of the development journey. ‘We physically decoded the ULTRABOOST. We laid it all out and asked ourselves ‘how can we improve it.’’ Just like runners who are ripping apart the sport, adidas needed to rip apart the shoe in order to rebuild it to be the best yet.

They started out with the seventeen pieces that make up the shoe. By the end, they had re-coded it into four. 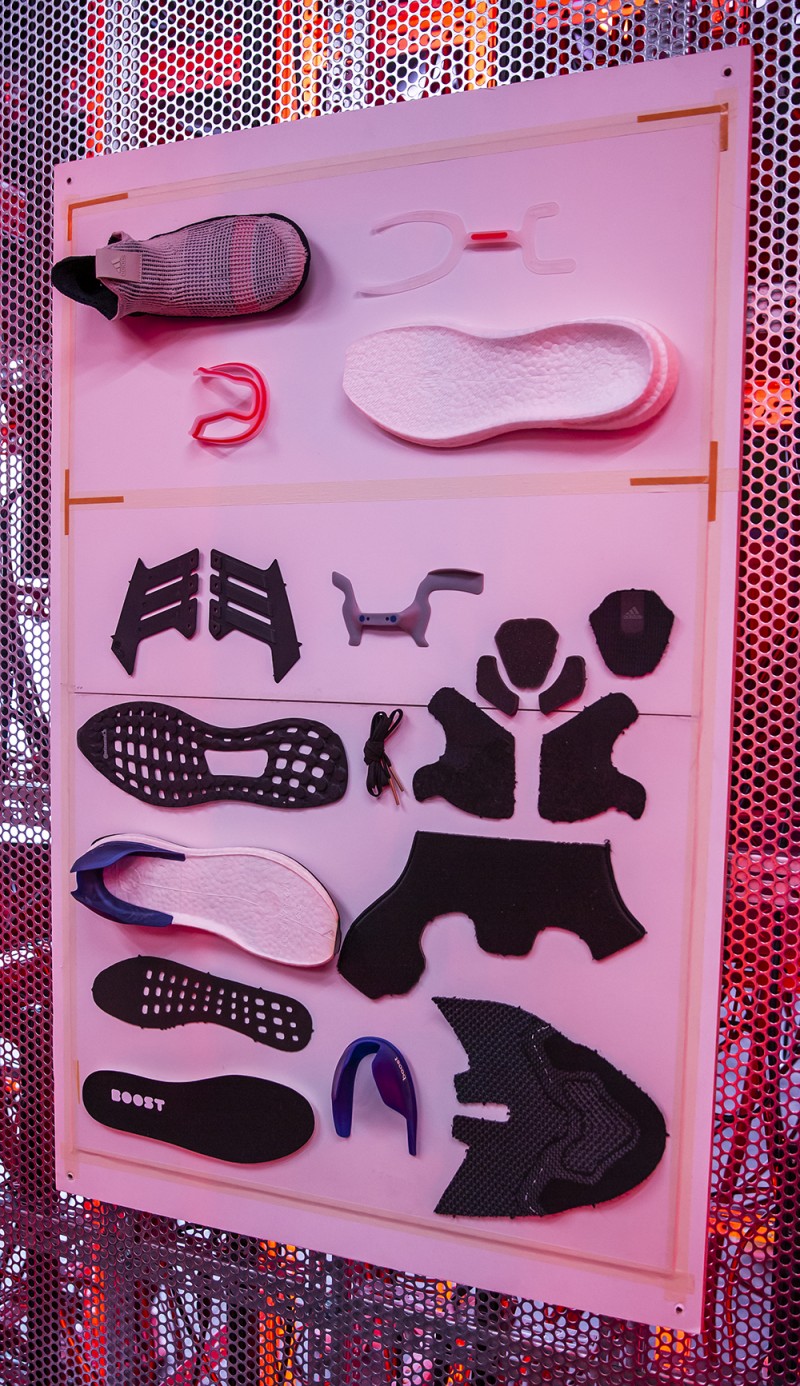 At the ULTRABOOST 19 launch in Paris, we were invited to listen to some of the stories from the creators behind the design and development.

Senior Design Director Running Footwear, Anne Nebendahl, explained ‘the big thing people love about the ULTRABOOST is the comfort and the fit so that’s what we wanted to maintain...everyone remembers when they stepped into their first boost shoe.’ So, the challenge was how they could improve on this.

The answer? Adidas developed the first ever Primeknit 360 upper, encompassing the whole foot. Enhanced comfort that feels like you’re pulling on a pair of socks. ‘Motion Weave’ bands across the top, originally developed for track spikes worn at Rio 2016, provide stability for a locked-down fit.

Since the original version of this shoe, runners have loved the cushioning and energy return of the BOOST sole but wanted a more responsive ride. For the ULTRABOOST 19, adidas have developed the process of moulding and inserting the BOOST pellets into the sole, allowing them to cram in 20% more BOOST.

They’ve also integrated a Torsion Spring into the midsole which will be familiar to fans of the Adizero Adios. This delivers more responsiveness. Combined with the added BOOST, it blasts back energy with every step, propelling you forward.

The improved Continental rubber outsole has 20% more grip in different directions, allowing you to run on mixed terrains with increased confidence.

Perhaps the most iconic design feature of the original shoe, the heel count, has had a striking makeover, enhanced in a laser red for the first release of ULTRABOOST 19. The material has been reduced to a wire frame which provides locked-down stability whilst still allowing the foot to spread as it hits the ground. 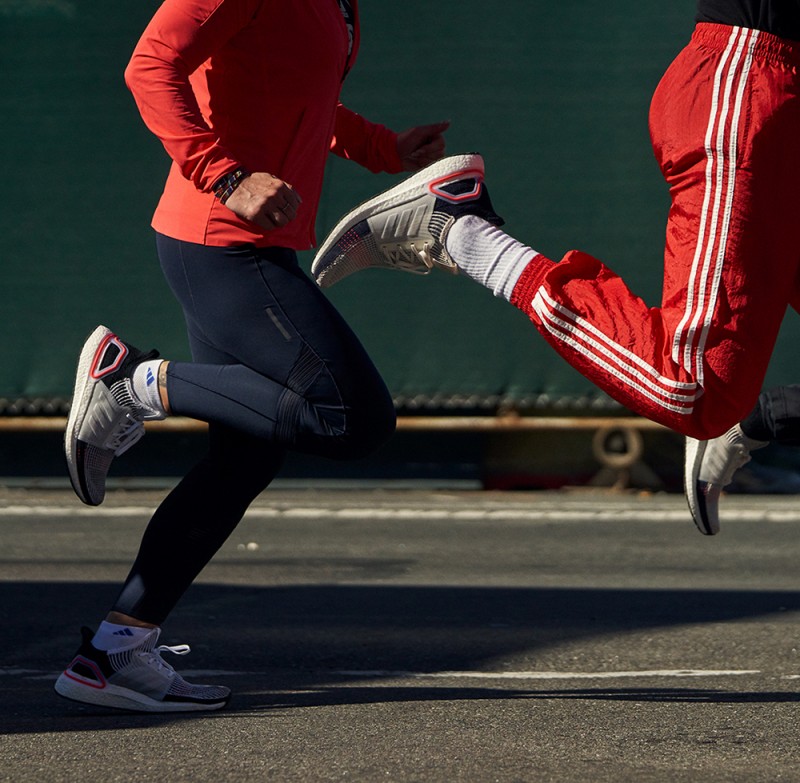 We think the ULTRABOOST 19 will become an instant classic.

20% more BOOST. 20% more grip. 10% lighter. Engineered to be the most responsive adidas running shoe yet.

But what next? Matthias Amm doesn’t think this is the last chapter. Not by a long shot. 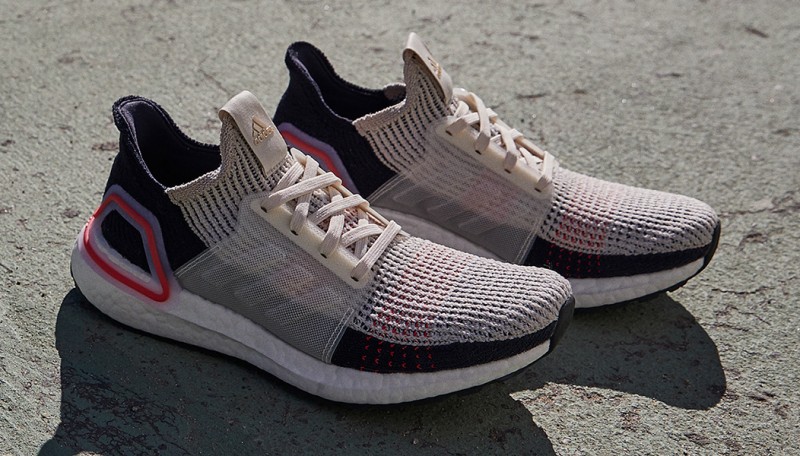