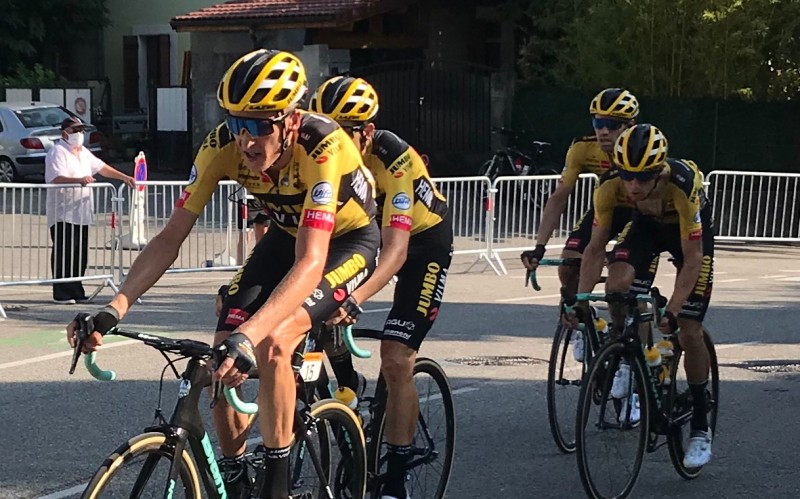 Just days after finishing as runners up at the 2020 Tour de France, Team Jumbo-Visma is going official on its partnership with Maurten.

The team, which came within a whisker of taking cycling’s biggest prize on Saturday, made the announcement on Monday morning, describing their newly official collaboration as “groundbreaking”.

“Innovation and product development is very important for us to keep improving our performances. Our partnership is aimed to bring new groundbreaking innovations to the riders and the sport.”

The Dutch team led the Tour for some 11 days and were widely expected to secure the win heading into the final time trial on Saturday.

And it was that dramatic penultimate stage up the Plache de Belle Filles that saw Jumbo-Visma's Primoz Roglic overtaken following a superhuman effort by eventual winner Tadej Pogacar of UAE Team Emirates.

However, galvanised by their emphatic showing at this year’s event, Jumbo-Visma are already plotting their domination at future competition.

And it was only hours after the weekend’s scintillating racing that the team announced their decision to make their collaboration with sports innovation brand Maurten official.

Responding to the announcement, Maurten’s head of nutrition Tobias Christensson said: “We’re all about innovation and learning from the best. Working together with Team Jumbo-Visma is very, very exciting. I know this relationship will result in innovations that will aid all athletes out there.”

Last year Maurten revealed an initiative to remove branding from certain products to minimize contractual risks for the elite athletes using their brand.

“Since we started, athletes sponsored by other brands have used our products,” CEO of Maurten Olof Sköld said in 2019.

“There are many athletes out there who everyday rely on our technology," he added. “No one should have to spend time on hiding their Maurten, so we simply removed the logo to make it easier for anyone to use our products.

“No matter what nutrition you officially say you prefer, when you use our product you´re part of our unofficial team.”

Sköld added at the time that “at least ten teams” in the Tour de France were using Maurten products unofficially.

“If you look at triathlon or ultra-running, there’s the same situation – we officially work with a few of the elites, but many in the top 10 have Maurten in their bottles.”

Alongside Maurten’s success at the Tour, since 2017 it has fuelled 20 major marathon wins in a row as well as Eliud Kipchoge’s marathon world record.

Read more on Maurten as it arrives at Wiggle

Posted in Cycle and tagged Maurten