London Marathon delay a blessing in disguise for dhb ambassador 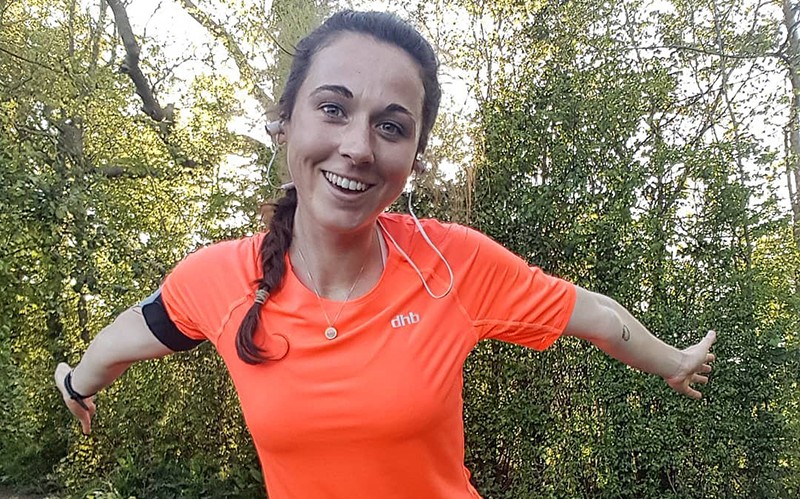 For most, the postponement of the London Marathon was a huge disappointment.

The onset of Covid-19 forced everyone from elite athletes to fun-runners to scrap their spring plans following a winter of hard yards. Necessary. Yet disappointing.

But for Katie Brown, while she is not celebrating a global pandemic, there may be a silver lining. A small positive to pull from the wreckage.

The dhb ambassador had circled the mass participation event on her doorstep as the major focus of her 2020 season.

Having clocked 3hr 11min 23sec on her marathon debut in Edinburgh the previous season, the 26-year-old was aiming to go under the 3hr mark on the flat course around England’s capital.

However, she had been experiencing pain in her glutes for much of the winter – often struggling to sit at work. 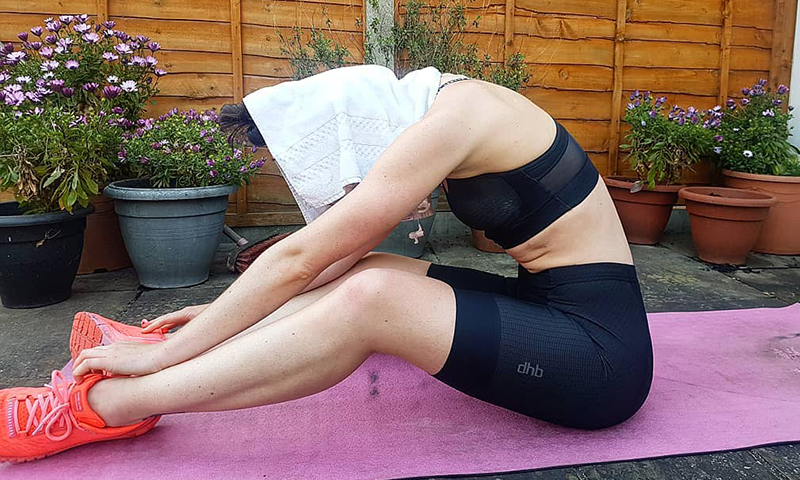 And after recording a personal best of 79min 53sec in the Cambridge Half Marathon on March 3, even walking was excruciating.

Katie said: “Since I got my championship place in November, London has been the only thing on my mind.

“I certainly would not have been achieving all the goals I had my heart set on and I was working so hard for. I would not have gone under three hours. Not a chance.

“I remember starting to get hamstring troubles at the beginning of 2019 – before my first marathon block ahead of Edinburgh.

“I was doing plenty of mileage back then but my consistency wasn’t there. I wasn’t pounding out 50 to 60 miles every week like I was up to February or March this year.

“The pain was coming on a lot more. I couldn’t sit down at work. I was up and down like a yo-yo getting on everyone’s nerves. I struggled to sleep, too. 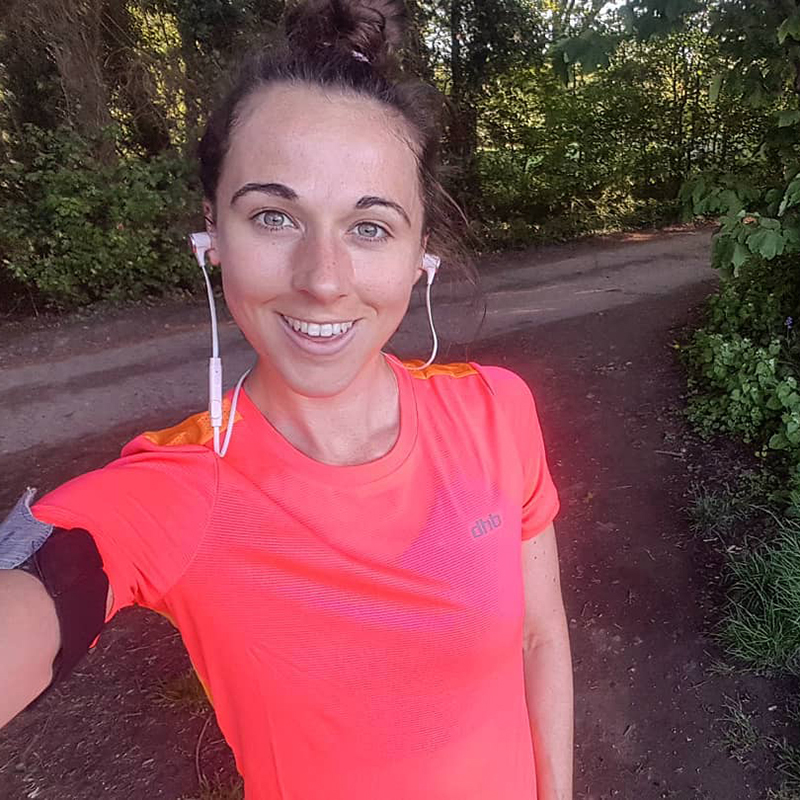 “But it was not actually affecting my times. I was running in pain but I was not running any slower, so I was telling myself just to grin and bear it.

“Then a couple of days before the Cambridge Half, that’s when it really started getting bad. I took my foam roller with me and I was actually rolling an injury out the night before a race!

“I don’t know how I ran a personal best that day. But I paid the price straight afterwards. I couldn’t run anymore.”

Katie was part of a team of six women set to tackle The Speed Project – a 340-mile relay from Los Angeles to Las Vegas – from March 20.

On March 11 the event was postponed and less than a fortnight later the UK was put into lockdown.

Katie added: “While gutted for me and the girls, it was more of a relief for me The Speed Project wasn’t on.

“By pulling out of that, I would have been letting down a team – but I really don’t think I would have done the team justice. 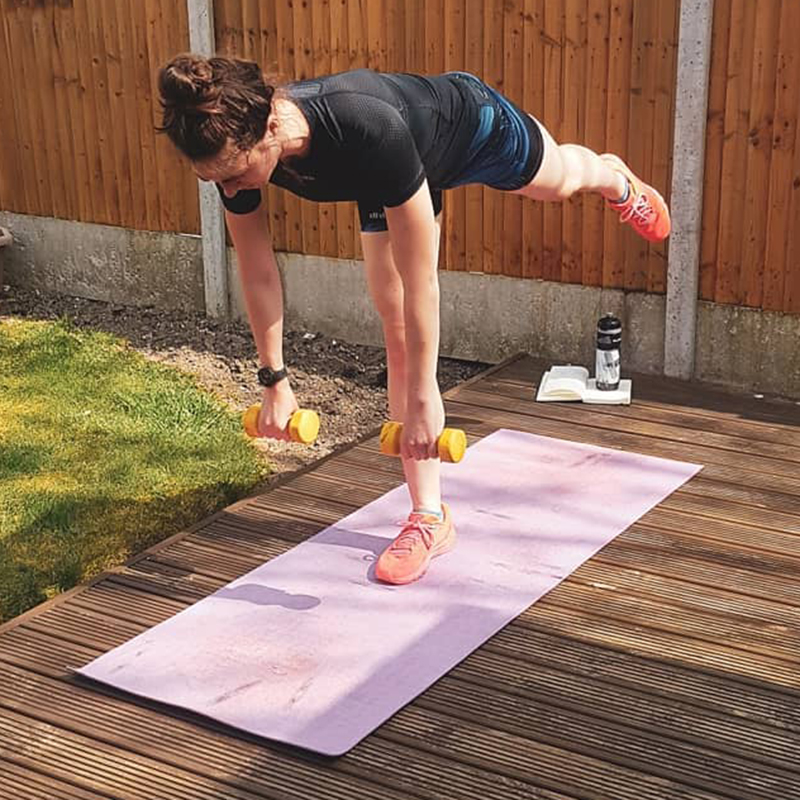 “I would have been in a lot of pain. We were due to fly out only 10 days after Cambridge and I remember really struggling the week before. I kept blaming it on tiredness.

“I was still not really facing up to something being wrong when a physio (Aidan O’Flaherty) reached out to me on Instagram.

“It couldn’t have been better timing. He just wanted to give me some advice on strength training but then I told him I was injured.

“It has been a bit bizarre. We obviously couldn’t meet up, so you’re never really able to get to the bottom of exactly what is going on.

“But he came up with some theories based on the pain I was experiencing and gave me some great advice on how I could change things up to help me recover.

“I have a lot to thank him for because I think I would have just carried on and ended up in a much worse place, physically and mentally. 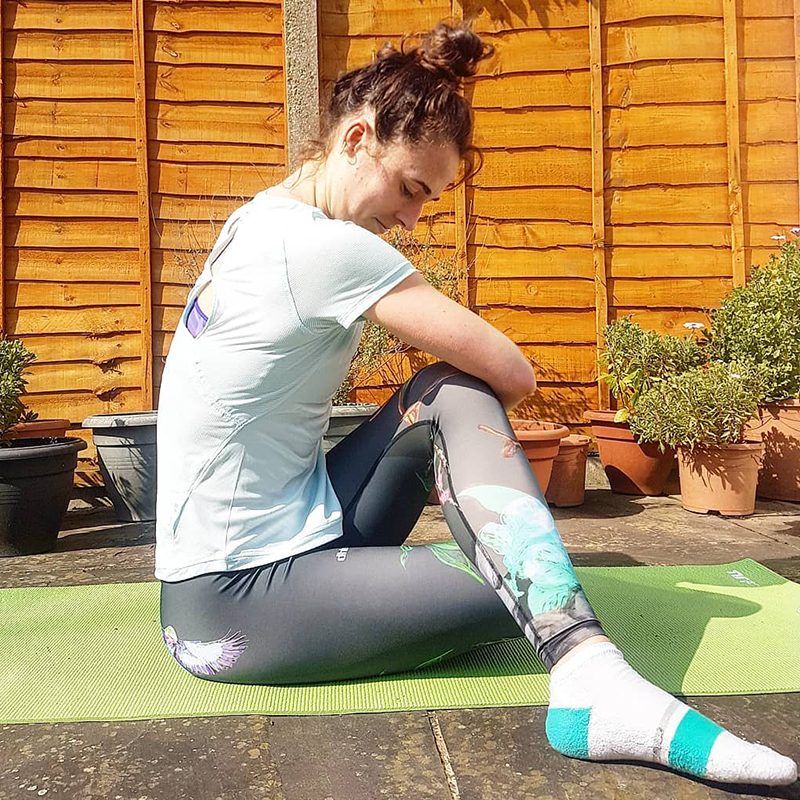 “I would have felt like I’d failed because I wouldn’t have been able to run as much. But having a physio tell me not to do it meant I couldn’t blame myself.

“It gave me that reassurance. It wasn’t because I wasn’t good enough or I was a failure and I was going to lose lots of fitness but because someone was telling me to stop.

Armed with Aidan’s advice, Katie set about using lockdown to take a step back and learn more about looking after her body – to ensure she would emerge stronger and, crucially, pain-free.

She reduced the volume and intensity of her running and added cycling sessions, both indoors and outdoors, to her regime.

These were complemented by strength and conditioning circuits – which weren’t part of her training previously, while she now does yoga before work every day.

A month after making the changes, Katie began increasing the intensity of her runs again.

While she feels there is still a way to go, she is beginning to only experience more of the soreness expected with a change in training volume. 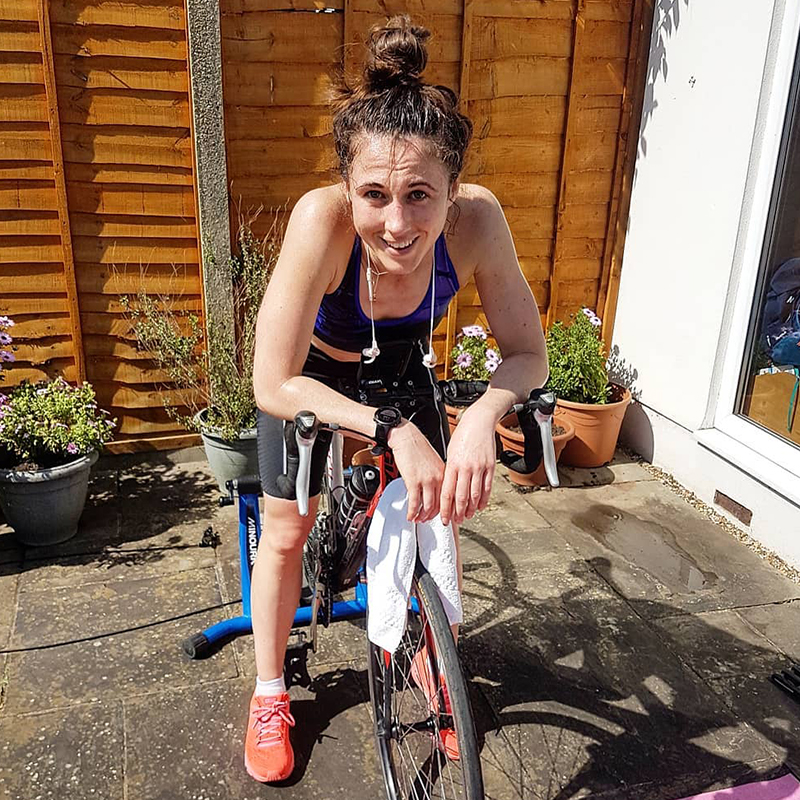 The sweets on race day may be non-negotiable but she is excited at the thought of approaching her second marathon as a completely different runner.

The Londoner, who races for the Trent Park club, said: “I can’t even begin to describe how much I have learnt during lockdown.

“I have been so lucky with injuries in the past and I haven’t treated my body very well! I haven’t deserved to be as healthy as I have been for so long.

“But this break has taught me so much. I just know the strength training, regular foam-rolling and all the rest are going to become habits now.

“It has been a mental challenge. Facing up to the fact I can’t do as much as I used to. But I think my body is thankful.

“It has really opened my eyes. And who knows, if I can start implementing these small changes and look after my body a bit more, I may be able achieve more. 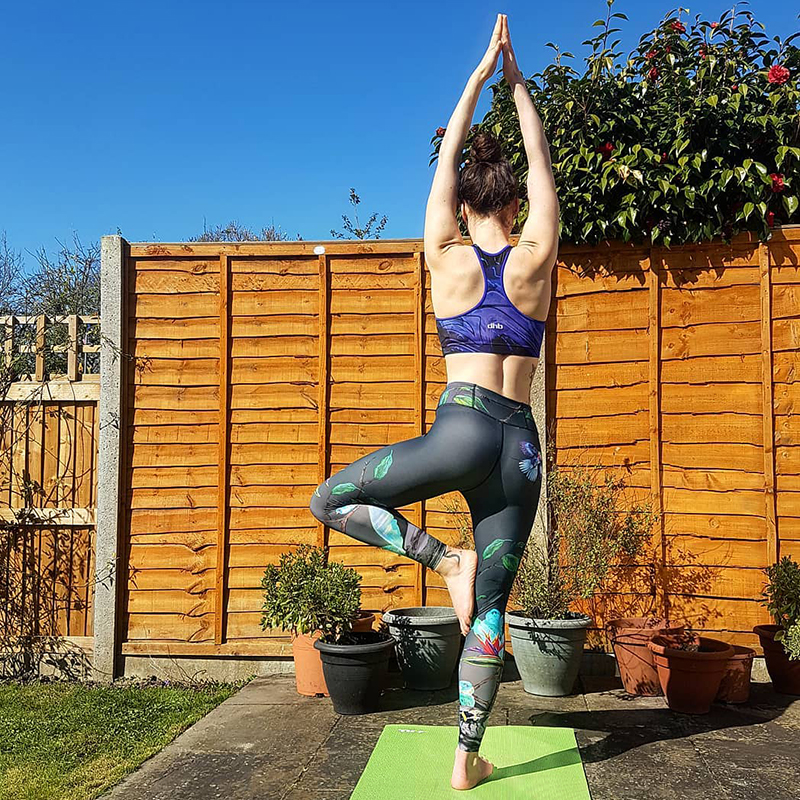 “I wasn’t really prepared for my first marathon. I wasn’t even dressed properly. I was just armed with fizzy fangs. I’ve never really got on board with gels.

“I just looked like a novice. But I think when I do my next one, while the nutrition might not change, it will be a completely different marathon.

“I’ll be in full dhb kit, so I’ll look like I know what I’m doing. It’ll be great. That’ll knock off five minutes, right?!

“I’m not certain London will go ahead in October as right now the safety of others is much more important.

“But even if we’re looking at April 2021, I’m going to be a massively different athlete. My targets may even be looking different.”