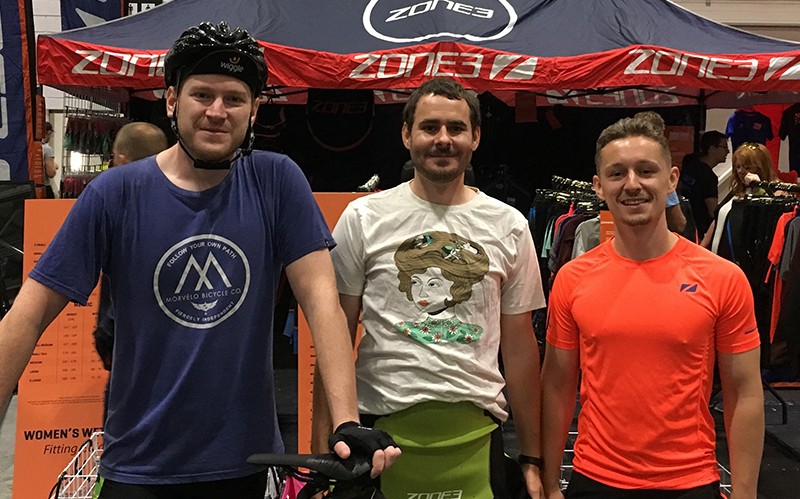 Think you could be the next Alistair Brownlee but not sure where to start?

The London Triathlon is perfect for beginners. Featuring a variety of triathlon distances and even a triathlon relay, it's a great introduction to the sport.

This year, event partner Zone3 challenged Team Wiggle to give it a go.

We caught up with the team to see how it went.

Swim: Ben Gray - Ben brings a wealth of experience from his days competing in triathlon at junior level.

Run: Connor Christie - Connor has been into sports since he could walk and has been running for the past year and a half.

Why enter the team relay?

BG: It's not everyday you get to swim in the water in London. And team events are always more fun.

CC: Mainly for the experience - I like to try new things. I have never competed in a triathlon before and was interested to see the level of fitness needed, the general 'feel' of the event and to learn more about the way it worked. 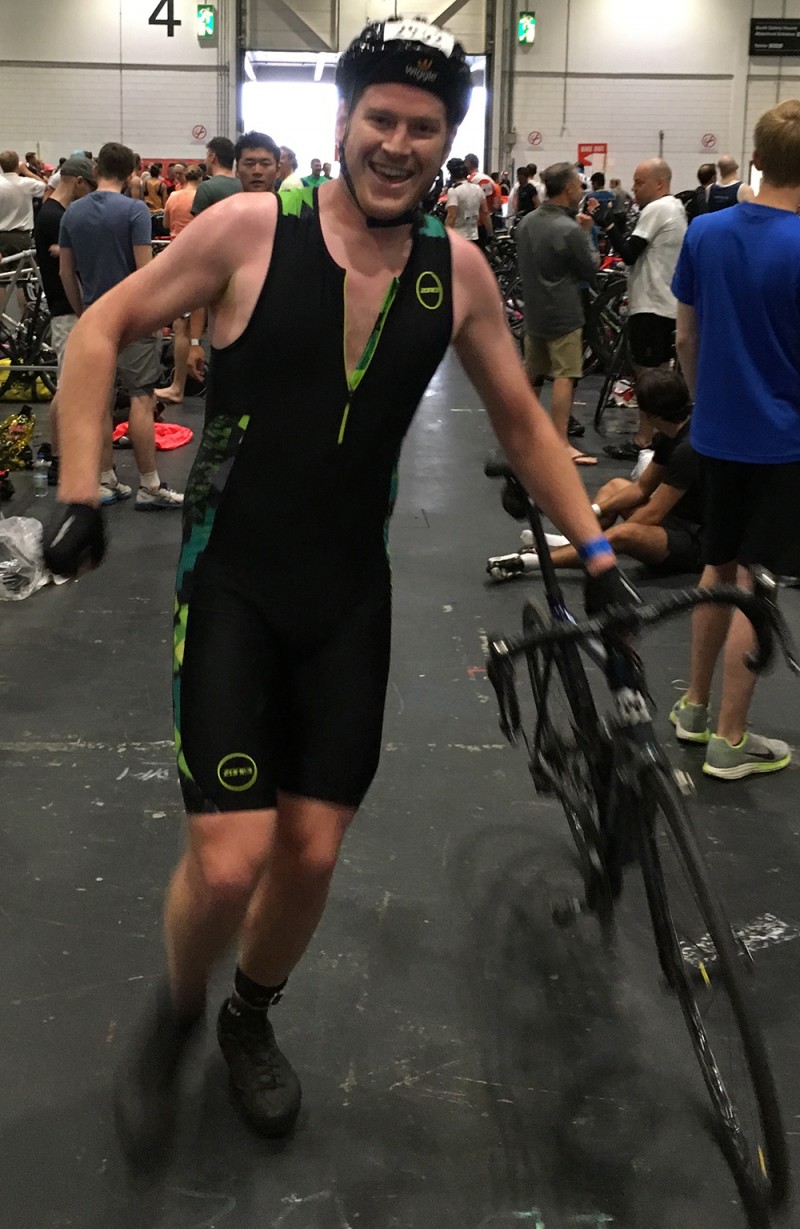 How much training did you do?

JB: I ride a lot anyway, but I was increasing my speed in the weeks leading up to the event. I did an 80-mile offroad event the weekend before which boosted my confidence in my level of fitness.

BG: I never got round to training! I've always been a reasonable swimmer so I knew I’d at least get around.

CC: I didn’t specifically train for the triathlon itself as I tend to run consistently anyway, so my current level of fitness held me in good stead to put in a solid time.

How was the event experience?

JB: The event was really well organised, in a really great venue. It's relatively compact so it's easy to watch the other events. Everyone started in waves. The transition areas were crowded in the relay lanes but other than that everything was great.

BG: The organisers were excellent and kept everything running smoothly. I enjoyed the atmosphere in the transition area, despite the main hall feeling a bit soulless. I was surprised that I couldn't find a changing area - good job there were plenty of toilets!

CC: The transition was fairly straight forward - great for a newbie! Just wait for your teammate to arrive, transfer the ankle timing chip and off you go! 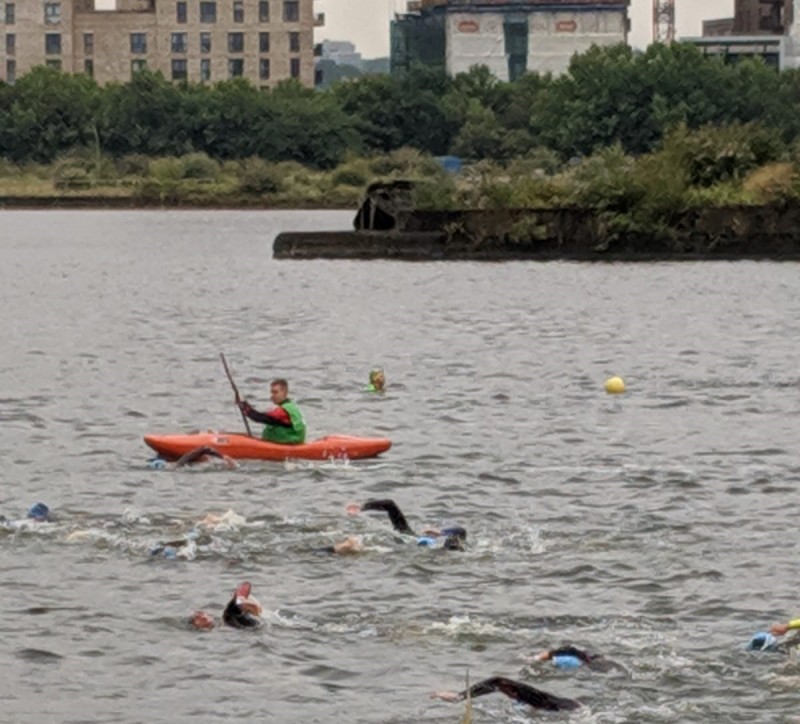 What were your race-day essentials?

JB: The bike was pretty important - without that, I would have been very slow. Other essentials were my tri-suit, Team Wiggle cap, Wahoo ELEMNT BOLT (to keep pace) and most importantly a pre-race mint Cliff Bar.

Did you have a strategy?

JB: I knew I had four laps, but I didn’t know how tough the laps would be. I tried to take it easy on the first lap and keep to around 17mph but actually found myself closer to 20mph. For the next three laps, I just gave 100% effort knowing the course was relatively easy going.

BG: Swim in a straight line, cut in for the buoys, don’t take them wide. Don’t get afraid of being in the mix at the mass start.

CC: I had no strategy as such, just run as fast as I could. 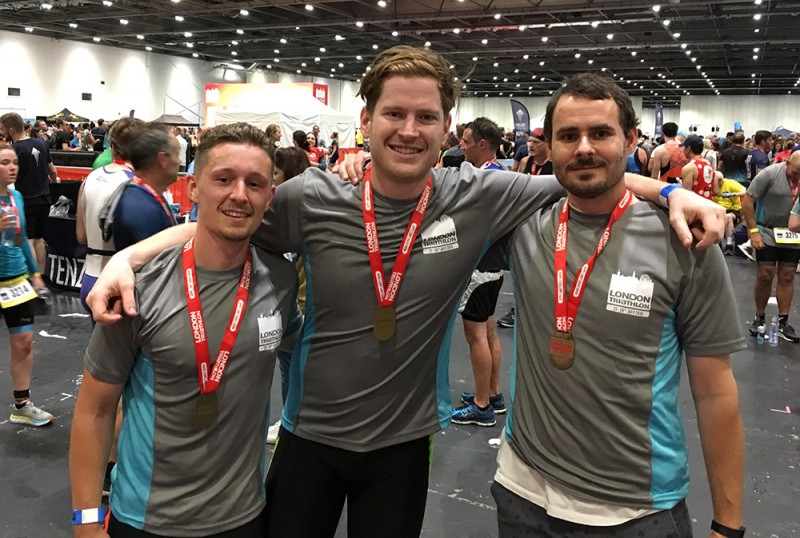 How do you feel about your performance?

JB: I was pretty happy. I was annoyed with myself for not drinking enough water the day before which meant that on the fourth lap I felt pretty dehydrated and started to get cramp in my leg. I didn’t really have any expectations so I was pleased that, despite my leg, performed well.

BG: Above expectations, both for the swim and for the whole team!

CC: I put in a solid time so I was happy with my performance.

What would you say to someone thinking of signing up next year?

JB: The relay is really good fun because you're competing as a team. Each leg can be as challenging as you make it. There's a good mix of abilities so don't worry about signing up, even if you're a beginner.

BG: It’s a well-organised event and everything is very clear, so it's great for first-time triathletes.

CC: I would say it's a great experience, a superb venue and it's definitely worth the price tag.

Team Wiggle was supported by Zone3 at the London Triathlon 2019

Check out how Team Wiggle 2018 did at the London Triathlon