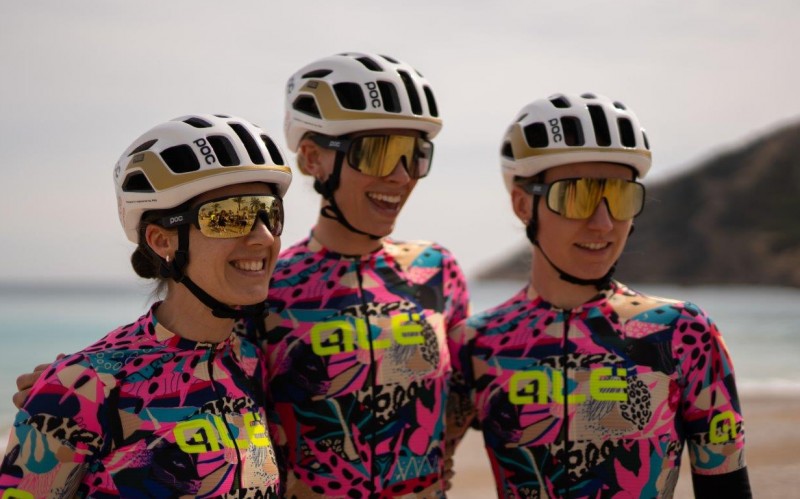 If you haven't seen or heard over the last year, Wiggle is the proud sponsor of the up and coming cycling team, Team Spectra. Not only is the team mixed-gendered, but it is also mixed-disciplined meaning there are a whole lotta cycling events to get excited about. We caught up with the women in the team ahead of the 2022 race season to find out how they got started in cycling and their inspirations in sport. 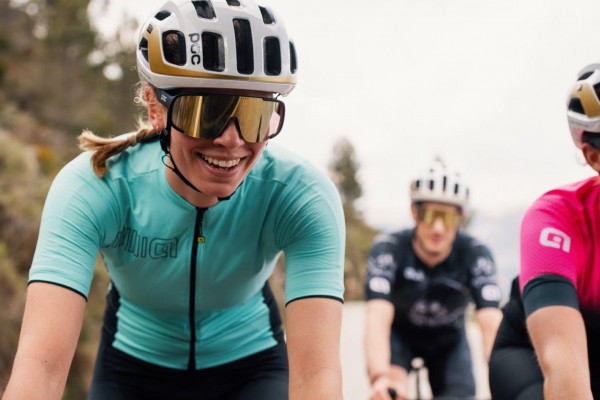 She took the yellow jersey at the Cyclocross National Trophy in January this year and has big ambitions for the road season ahead, Amira is a rider to look out for. After following in her mum's footsteps and taking part in triathlon during her younger years, Amira discovered her most loved discipline was cycling. Wanting to improve her skills, she focused on this aspect of training which paved the way for her future.

Amira has taken on some incredible challenges and two-wheeled adventures during her time with the team but recalls the 240km Coast to Coast ride which included 'Hardknott Pass' as the most brutal. Not one to turn her nose up at a challenge, Amira often surprises herself with her achievements but lives for the atmosphere that cycling events deliver.

As for her inspirations, the 24-year-old expressed that seeing her sisters pursue their dreams and not follow a conventional career path allowed her to do the same. Mellor might be chasing new goals for 2022, but it's not just a solo effort in the Team Spectra camp. Amira said 'the team has bonded a lot' and it is clear to see that everyone is rooting for each other as well as chasing their own best personal performances.

Words of wisdom: "Balance in life is really important, training is important but don't neglect the other things that make you happy. The happier you are, the better you will train." 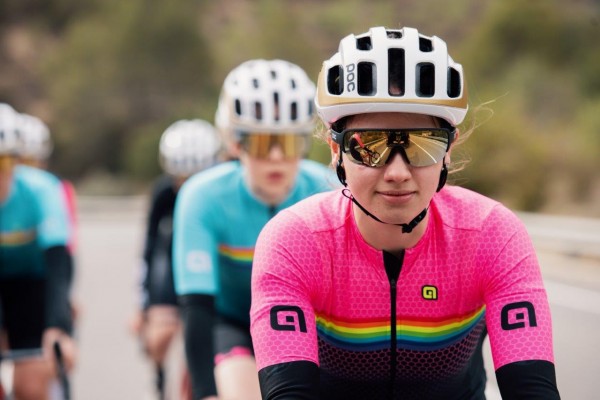 Xan stood on many a podium during the 2021 cross season (including 3rd overall at the National Trophy and 2nd for the U23's Series) and took on the highest level crit racing in the UK at the Tour Series. All whilst studying for her University degree.

Having taken part in swimming and kickboxing from a young age, Xan discovered her competitive edge in sport. Her love for cycling then followed with inspiration from the 2012 Olympics and her dad's 24-hour mountain bike races and she hasn't looked back. Xan has been with Spectra since the team formed early in 2021, where she has raced road and cyclocross in the UK and around Europe including the famous cross scene in Belgium.

With more races, opportunities and equal prize money becoming available to women in all disciplines of cycling, the U23 rider is ready to get stuck into the 2022 season. Sighting Kate Eedy (British Cyclocross rider) as someone she looks up to, Xan says it's important to have female role models in the sport, who show that you can win races as well as have a balanced family life. And when it comes to life at Team Spectra 'that bond, that friendship, that support' is what she enjoys the most.

Words of wisdom: "It's a simple piece of advice from me, don't neglect your stretching!"

Quote to live by: "When it's raining look for the rainbow, when it's dark look for the stars. - always try to look for the positives in training, racing and life because you can learn from it." 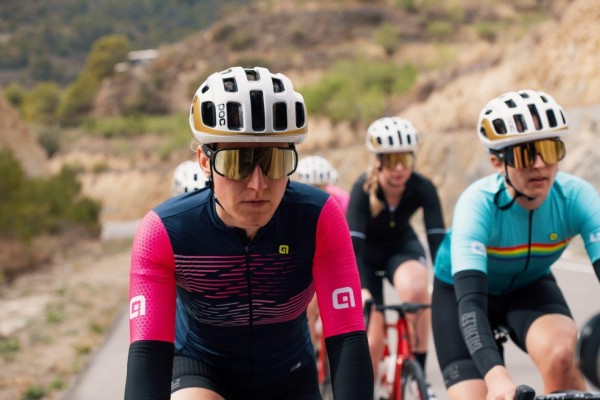 If you've ever been an injured runner you'll know about that itch you have to keep on exercising. And it was from here that Charlotte's cycling obsession began. Not being able to run made her turn to cycling with a little help from her partner's road bike.

It hasn't all been smooth roads and roses in Charlotte's cycling life though. She crashed hard at the end of the 2019 season and faced a huge mental battle to get back to her former glory. A lot of her recovery was focused around getting her head in the right place to race. When 2021 rolled around, Charlotte felt she had a point to prove to herself that she was still good enough. And what a confidence boost she received in Curlew where she placed 2nd beating her pre-injury podium place of 3rd.

Looking up (and e-racing alongside) Ashleigh Moolman-Pasio (Professional cyclist, Olympian and Esports World Champion) has been really inspiring for Charlotte. Charlotte believes that women's cycling opportunities are only going to get better because women are coming together and saying 'we deserve more than this'. She thinks collectively having confidence, support and guidance at all levels is vital to more girls starting and sticking with sport.

Words of wisdom: "Soak up the atmosphere at an event or race, whether riding or spectating. It will help motivate and keep you going when things get tough." 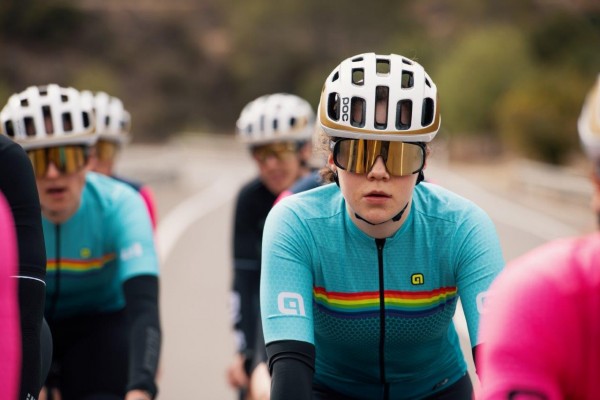 Anna Flynn may be a young rider but she is already well accomplished. The Scot rode for Edinburgh RC at both Scottish and British level, earning herself second place at the Scottish National XC Championships as well as at the HSBC UK National Cross Country Championships in 2019. Anna has got some incredible future plans already in the diary too, having been accepted onto the Great British Cycling Team Mountain Bike Squad and now joining Team Spectra.

Anna is an outdoor and adventure enthusiast, trying her hand at a variety of sports including football, but has been invested in cycling from a young age. She's here to put her mark on both the mountain biking and road scene with superb handling skills and determination.

When it comes to being inspired, Flynn holds Evie Richards (British Mountain Bike and Cross rider) in high esteem thanks to her genuine personality and relatable experiences. Up until recently, there haven't been many British women at the top level in mtb, and we see Anna being an inspiration to the next generation of riders.

Words of wisdom: "Keep it fun - if you're not enjoying it, you won't progress."

If you're riding on the continent in UCI events, holding your own in a race with Marianne Vos, you know you're pretty okay at cycling. Spectra's Becks Durrell has had many 'pinch me' moments like this. She was torn thinking about which has been her best race because, as another team member chipped in, 'she's won so many races!'.

Becks started riding at the age of 25 and quickly picked up a passion for the sport. Her natural ability and determination to do more stemmed from her school years, 'always wanting to do what the boys the boys were doing'. From entering a 24-hour charity bike ride as a newbie to winning the Lincoln GP in 2018, Becks is a rider who enjoys pushing herself to the limits.

The former Team CAMS–Basso rider remembers wanting to be a sportsperson after watching Dame Kelly Holmes do the double at Athens in 2004. Seeing strong women on the TV, thriving at sport, becoming a more regular occurrence is a big motivation for Becks. She wants equal opportunities to be available to all young people, especially since becoming a mum herself.

Words of wisdom: "Be clever with your training time - have a clear intention with each session and you'll get faster quicker." 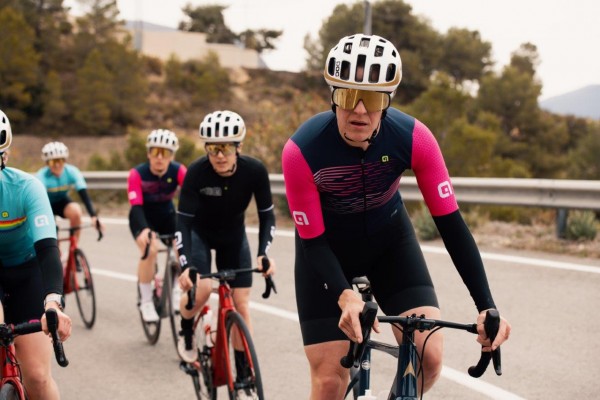 For some, simply the ability to get out the door and partake in sport is impossible, and it is with this thought in mind that Sam pushes herself through training every day. She has had this go-get-it attitude since childhood and doesn't take life for granted. From running at county level, competing in duathlons, triathlons and horseriding earlier in life, Sam has always wanted to be the best she can be. Fast forward to her 30's and Sam found cycling as her next sport to excel at.

Starting a new sport with no experience when you are a little older than the rest of the crowd can be a daunting experience, but Sam took to cycling like a duck to water. She has always been very competitive and is always looking for her next challenge.

Sam thrives being part of a team, contributing to podium places and executing tactics in races. This rider has high hopes for Team Spectra in 2022 - "A team result is as rewarding for me as an individual result."

Words of wisdom: "Consistency is key. If you're consistent in when you train, how you train and how much you train, you'll see positive results." 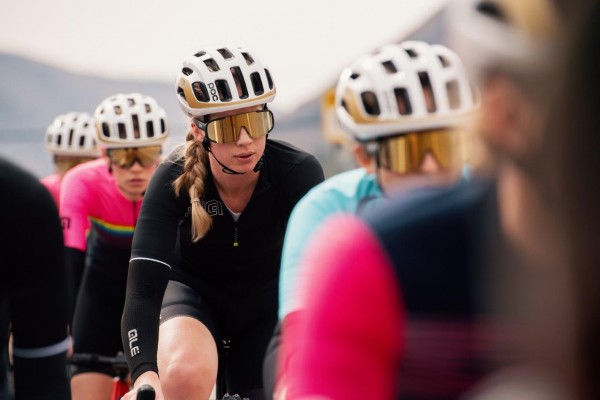 Coming from a non-cycling family and not owning a bike didn't stop Gaby Shaw from getting talent spotted by British Cycling as a 14-year-old schoolgirl. Following numerous trials including races, track cycling and power testing, Gaby switched from playing football for England U16's (yep she'd already had a brush with elite sport) to riding bikes non-stop.

It turns out that Gaby went to the same school as Lizzie Deignan (Nee Armitstead). The young rider was a first-hand witness to talent being harnessed through the British Cycling ID programme and beyond. When seizing the opportunity herself, Gaby said it was because she could clearly see the stepping stones Lizzie had taken, which made the whole thing seem so much more reachable.

One of her proudest memories to date was at the Tour de Yorkshire where she fully realised her own ability. Gaby was in the front group going up the killer 'Lofthouse climb' in Harrogate surrounded by big-name athletes such as Anna Van der Breggen and former inspiration Lizzie. The race also being so close to home and so many of her family and friends were out supporting, Gaby stayed in the leading group and crossed the finish line in awe of her own achievements. Lizzie may have flown solo and got the podium finish, but even being surrounded by the best of the best made Gaby feel like a winner.

Words of wisdom: "Get a bike that fits you. Being in a good position and feeling comfortable will automatically allow you to ride faster, go further and feel stronger." 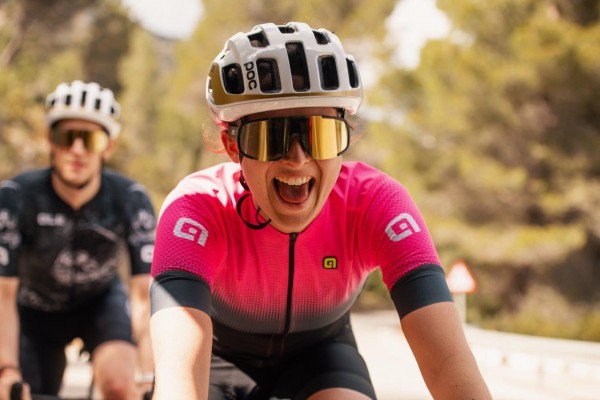 Maddy has been used to early morning training and commitment thanks to swimming at 5am 7 times a week when she was younger. It's no wonder then that when she fell for cycling, she gave it her all. Her first taste of the sport came from borrowing a bike to take part in Grinduro and then coming back two years later to win it. She threw triathlon into the mix too - but for Maddy it was all about the two-wheeled adventures and adrenaline.

Like many of us, Maddy enjoys rides with friends that involve plenty of coffee stops, but also loves taking on endurance events too. This year will see her target some long tough gravel races but Maddy says shes she is happiest when riding and is continuously inspired by all the riders that surround her.

Cycling at a high level requires dedication and Maddy gets much motivation from seeing women who dedicate themselves fully to training and racing. Coverage of women's cycling and sport, in general, has definitely improved in recent years, and Maddy is hopeful that the momentum will continue and push better funding to boost women's sport even further.

Words of wisdom: "My biggest piece of advice with cycling training is to make sure you don't lose the love of it. At the end of the day, you are choosing to spend your free time on this sport, so make sure that your relationship with it is always one that is making you happy, and with this fulfilment, you'll find yourself improving."

Behind the scenes with Team Spectra