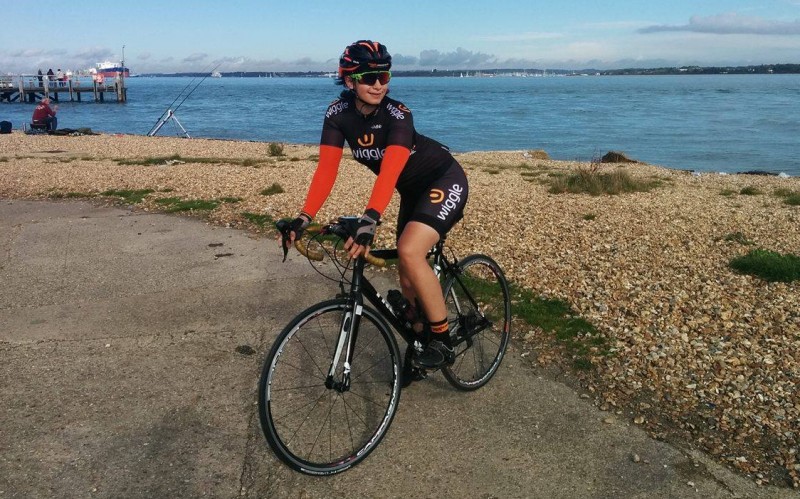 I was about 8 years old when I learned to ride a bike. I can't quite remember how it happened - one minute I was on stabilisers, the next I was flying free. Well, almost free. At the age of 8, I was only allowed to ride around the block but that was a big distance for a small person.

My beloved Raleigh Denim was second-hand out of the local paper. I remember the excitement of going to pick it up and the joy of that small taste of freedom to travel, albeit a small distance, independent of grown-ups. Then I grew taller, the bike was sold on and that was that.

My family were never that sporty. I would do anything to get out of PE lessons so the closest I got to exercise was the walk to school. Nobody I knew cycled. So, the years passed, A-levels, then university, then out into the world of grown-ups. Unfortunately, whilst youth had allowed me to continue my sedentary ways with little consequence, adulthood was a lot less forgiving.

I made the move from my hometown of York to Southampton in my mid-twenties. My partner and I didn't know many people in the area so we had time to explore on the weekends. Train journeys would often take us through the New Forest and the bike hire shop at Brockenhurst Station looked too convenient to ignore.

So it began. That fateful Sunday that we hired two heavy mountain bikes and set on a picturesque off-road family route of about 13 miles. It almost killed me. I returned home broken and starved, too tired to even replenish my energy. I collapsed into bed and didn't wake for about 16 hours. The longest sleep of my adult life. I'm being serious.

I was hooked. I couldn't understand how I had been beaten so badly by a short, flat family-friendly circuit that kids were taking in their stride. They had shorter legs than me! But it suddenly became clear that years of neglect had left my body in a state and I needed to fix it.

We were back for round two as soon as we could, exploring the New Forest in small chunks on hire bikes. It didn't take long before we bought our own bikes. Mine was an entry-level mountain bike nicknamed Mavis, a heavy but capable thing. My first bike since I was 8 and my very first 'new' bike.

Having been so inactive for most of my life, I had finally hit upon something I could do that would not only improve my health but also something I could actually look forward to. I'd had brief flirtations with the gym or running before the bike but I knew this was the real deal. Unlike when I was 8, the only restriction on how far I could go was my ability.

Each weekend we pushed the distance a little further, exploring new territory. The hardtail was soon joined by a full-suss beauty. We were becoming cyclists and we were getting confident. Perhaps too confident.

The first knock came when we attempted the Tennyson Trail on the Isle of Wight. A 50km round-trip from the ferry. We learnt several hard lessons that day about nutrition, kit and planning. A lovely day out became a teary death-march to the ferry on unfamiliar roads in fading light.

For every low-point though, there has been infinitely more high-points. From testing my skills at the Stilletos on Wheels XC race to my first sportive, I've become fitter and more confident with every km. 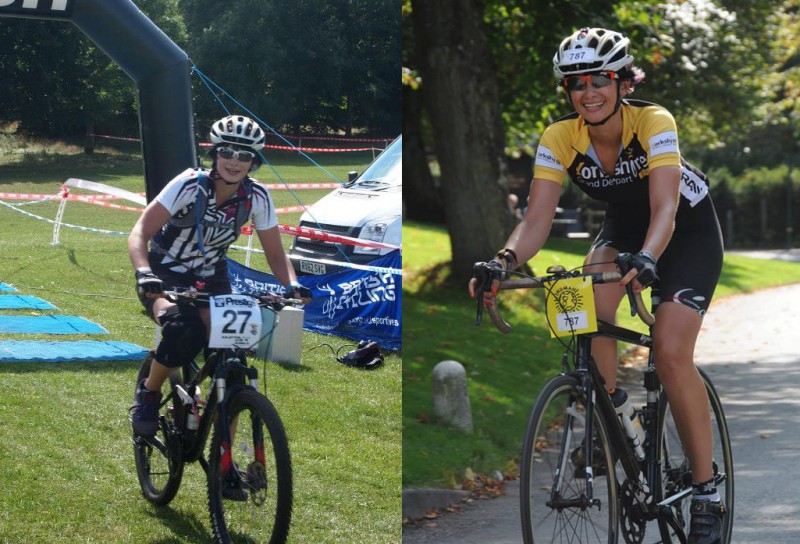 I made the transition from MTB to road following an office move. The heavy hard-tail just wasn't cutting it on my longer commute so I used Cycle Scheme to get my first road bike, resplendent in black and gold. My horizons were expanded even further by this light, sleek machine. I soon found that I was capable of riding 100 miles or more in a day. How far I had come since that 13-mile ordeal just a few years before.

Cycling means different things to different people. For me, although I use it to get to work, it's so much more than transport. It has expanded my horizons, allowing me to see the world in a way that drivers just can't, exploring the bits in-between the towns and motorways. I don't think you can ever see somewhere properly until you've been lost on a bike there.

Through cycling, I've met amazing people I wouldn't have otherwise met, whether it's a brief chat with somebody I just happen to run into and ride with for a while or lasting friendships built on the road or through a love of cycling. I am stronger, healthier and lighter. I have more energy. I couldn't ever imagine not having cycling in my life.

I'm not particularly fast but in most situations, there will be people faster than me and people slower than me. Unless you're planning on racing it doesn't matter. What matters is doing something that makes you happy and the fitness benefits are just a bonus.

We often read that women are under-represented in cycling. Looking around me at events and on the road, it makes me sad that more women aren't riding because it gives me so much joy. In recent years, however, I'm seeing more groups of women riding at the weekends so things are looking up.

Find a Women Only ride with Breeze