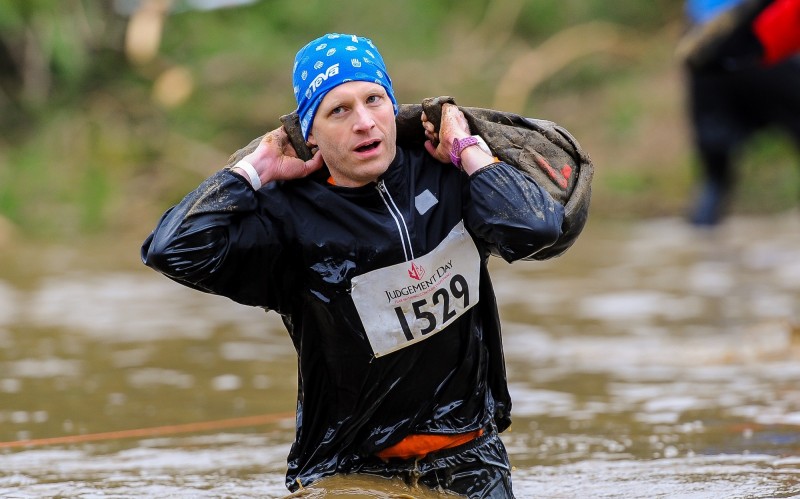 So where do we start/finish?

It's been said to me many times before I embarked on this challenge, that undertaking a full distance Ironman is "a journey". It's not just doing the event, but everything that gets you to the start line. When I started my training, I was of my normal "yeah, it will be fine; give me a plan to follow; don't think just do it" attitude; well my approach and outlook over the past few months has changed… I am still having the sleepless nights and worry sweats; but the training along the journey, which has been a long one, is coming together. I'm enjoying the process and my confidence in the end result is growing; the diesel engine is almost completely primed for September in Weymouth.

Team P-G has been in full support over the weeks and months; with the daily/weekly machine now well-oiled for living life with the three elements that have to be balanced: personal, work and family. Team P-G understand the commitment that is needed, so it means 5.30am starts - to get me back in time for trying to help with family mornings. Wiggle are being supportive too - with many words of encouragement (however they do get a little annoyed with the volume of doughnuts I can consume and not put any weight on).

I have tracked down a couple more people here at Wiggle Towers who have also done some amazing endurance events; they are Andy Frampton and Geoff Lloyd. A few stories from them, later in the blog; as well as a review of my latest kit that is being used, plus the events I have done to measure progress.

I have become a member of the Portsmouth Triathlon club; predominantly for the access to the swim coaching, at my local pool. This has almost re-taught me to swim, from scratch; with my stroke, kick and my body position all a lot more healthy. However even after 6 months of 2/3* swims per week, I feel still I have so much to learn, and I'm still getting the basics wrong. What I can say, is that I'm improving; and it's getting easier! I'm positive that getting out of the water on Sept 11th, after 3.8km, will be achievable. So a big thanks needs to go out to the Portsmouth Triathlon club and the swim coaches; without whom this would have been even tougher. 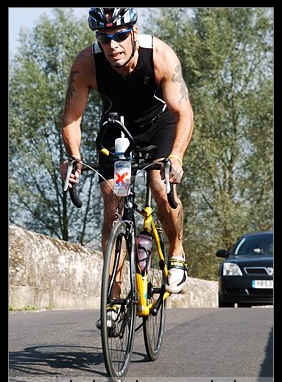 I first came across Andy Frampton when he invited me along to run with the Wiggle Crew at one of our Judgement Day Events. "Come along for a run around the woods" he said, "it's got a few puddles, and we have to go over a few walls" he said, with a smile. Little did I know that he was an ex-squaddie, with boundless energy that played down the fact that it would be a cold, tough, exhausting, potential injury-riddled hell. But, it was great *really*. So, who is Andy Frampton?

His achievements consist of a long list of ticks: the London Marathon, various half IRONMAN distances, the full IRONMAN in Nice, loads of gravity fed races on long course trail runs, 3 day running and orienteering events, and completing the South Downs way. He did a lot of running whilst in the Army, training with the likes of Kriss Akabusi, Roger Black and Todd Bennett; and it was when he left the Army he found triathlons.

He had never really ridden a bike before, and felt that a Pyrenean traverse would be a good place to start... After 19 miles, he soon realised that this was going to be harder than he first thought. After this first foray in real riding, he got his head down and started working hard; and he now loves the bike.

Andy's advice for these events, is stick to the plan. He learnt this important lesson on his IRONMAN, as he took a gel on the morning of the event - having never had a gel before; this led to cramps and feeling rubbish for a good part of the race. He has never since used gels, but takes sports bars and sausage rolls, alongside savoury biscuits and cheese, for his fuel.

His other advice is not only get your body in shape, but your head needs to be in the right place as well.

Andy did not have big plans for this year event wise, but when someone in the office threw down the New Forest Half IRONMAN in mid-September, as a challenge, he signed himself up!

Geoff has done different endurance events to most, and has taken part in one of the daftest races I have heard of, called 'The Oner': it is 78 mile run along the Jurassic Coast, in under 24 hours. In the year that Geoff took part, it was from Bournemouth to Lyme Regis. He can distinctly remember being stood in the race briefing and the race director saying that of the 60 starters only 50% of you will finish. A lot of laughs and "yeah mate, nice one" echoed around the hall; but the director was right - that year less than 50% made it to the finish.

Why did he decide to put his body through this? Well like me, it was his 40th birthday "treat to himself". So with a 9 month training plan, peaking with a 45 mile run and lots of sessions in the dark with 30 miles distances (following a full day at the office), he got to work getting in shape for the race.

Another key element of Geoff's training was that he "had a plan" and that was to stick to a pace. Even if he was feeling good, he was not to change the pace. The low point came in miles 50-56 - when blisters took their toll; he sorted himself out though, and still kept to the plan. He came in under 23 hours. Since this, Geoff has not repeated such a massive undertaking; as now family comes first - during the peak of his training, he was running a marathon every weekend, for two months! "Being quite so selfish with the family is just not fair" he said; although for his 50th… you never know.

The top bits of kit the Geoff recommends for this type of event, are the Camelbak hydration systems, SKINS tops and bottoms, and his trainer of choice were Asics. 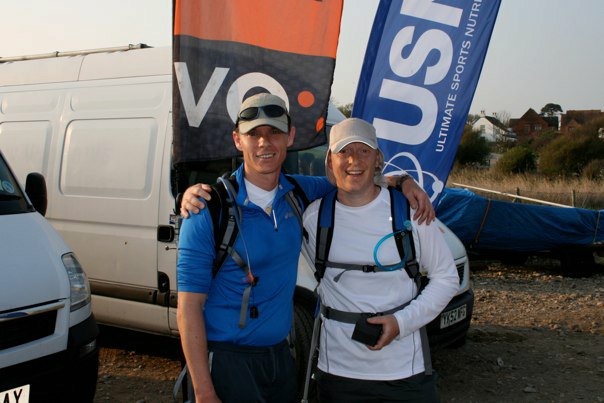 So there you have it; two more insane people we have working for us here. There are plenty of others who all go into the pot of people who are bringing you the best online tri sports products in the world. We all have our passions and ambitions in life, and I for one am proud to be working in an environment where so many people are so keen to get out and push themselves for things they love to do.

The main thing I have learnt, from talking with both Andy and Geoff, and in my last blog Emma and Stephen, is that you need a plan - and in the race, do nothing different.

You can read about this in my 'Not Down and Out @ 40 part 2' blog, as well as a few top reviews on the kit used at the start of my training.

This bike is a massive step up from the Specialized Allez I was using. The Emitter has been designed and built by cyclists; with some of the best bang for your buck that money can buy.

I opted for the R3 105 gearing, and it has not missed a beat. The frame is super stiff and responsive, and out of the box this thing has stepped my riding up by an average of about 2km an hour, I would estimate.

I have spent some time on getting the fit just right; with a lot of research on saddle height and position. I've also adjusted the bars and opted for a slightly shorter stem.

I have been riding with a set of Token extension bars, just to get myself a little more aero. The only other thing I will look to change, is switching out the wheels for a set of Cosine Carbon 55mm clinchers.

This wetsuit is amazing. It's super flexible when putting it on; so you have no silly hops as your feet get stuck. I slid in nice and easy; with the neoprene stretching out and then snapping back in place. After a few quick adjustments to get it all lined up, you are ready to get in the water.

The suit's legs feel light, and come high on the water line. Arm movement is not restricted, and the neck is soft and comfortable. I simply could not recommend this suit highly enough. I'm not the strongest or fastest swimmer in my club, but this has me coming out of the water with a big smile; as I feel it's almost a cheat. Love it.

Value for money, these are great. They take a lot of fiddling about to get the fit just right; however once they're on and adjusted, they are good. They are not super stiff, and the bar does flex; but for this price, you really cannot have too many complaints.

What a choice you have, when purchasing a helmet these days. Most of the time I suspect people buy on brand and colour; the fit is important, but with a nice standard head shape, I had no worries in ordering up one of these.

I chose the MET as it was a new helmet for this year. It is nice and light, and it looks great.

My daughter chose me the orange colour, as it's her favourite. Once it's on, and you have been working hard, you can hardly feel it; I found myself checking that I still had it on at points. I would definitely recommend this product.

This a new brand for Wiggle, and I have been lucky enough to try a pair of them for training in. They have a very different look from most; but if you have wide feet, or run on your mid to front foot, these are worth a look. I've not had one blister in over 500km, and they are holding up well on the sole. Go check them out.

Just a basic pair of socks. They wick well and are stretchy and comfortable.

I had been looking at one of these for over a year. Now I have one, I would never give it up.

Get out after your swim, pop it on over the wetsuit; drive home or get changed from within it - top kit. I have worn it on the beach, cooked a BBQ in it, and stood on windy cliff tops looking at waves - deciding if I really want to go out and get cold in the surf. 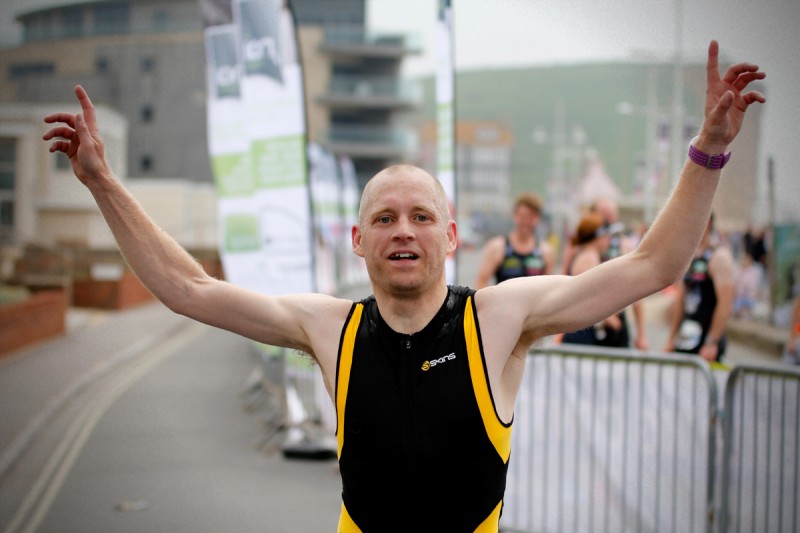 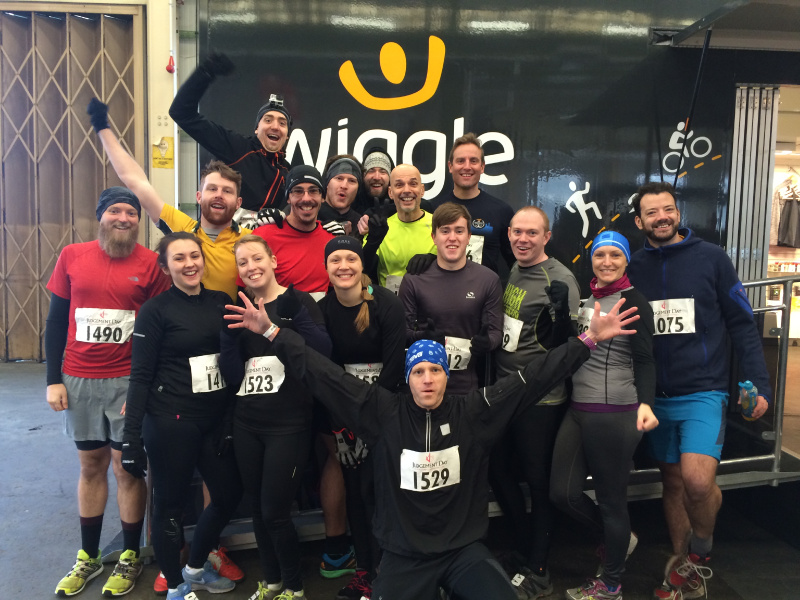