Hidden cycling gems on our doorsteps 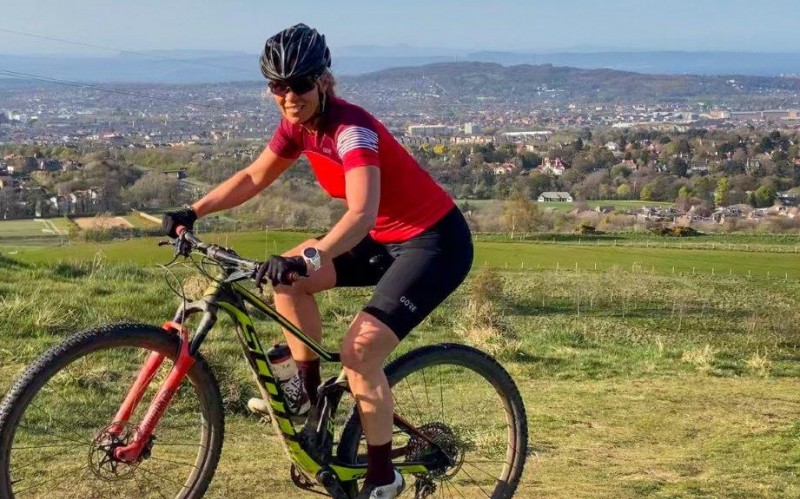 With travel restricted, many of us have taken the opportunity to discover hidden gems on our doorsteps. Ultra-cyclist and British 24-hour MTB Champion Naomi Freireich shares some of her highlights. 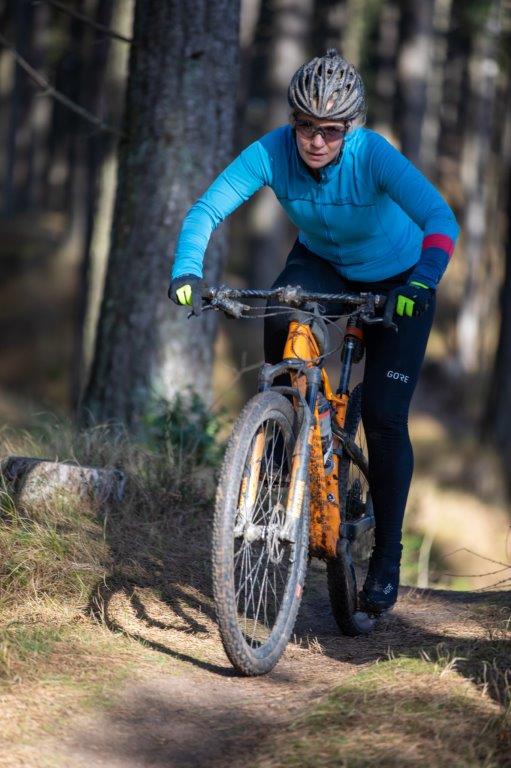 If lockdown has taught me anything, it’s how to be creative with my riding.

For long periods of time, vast swaths of the country have been unable to leave their own local authority area and it’s made keeping the motivation to get outside tough. I know I’m one of the fortunate ones.

I live on the outskirts of Edinburgh, and so have the benefits of living in a city with a side order of hills right on my doorstep and almost all within my local authority area.

The Pentland Hills are my back garden, and so what do I have to complain about? Well, truth be told, nothing really, but we all know variety is the spice of life, so how do you get that riding from your back door? 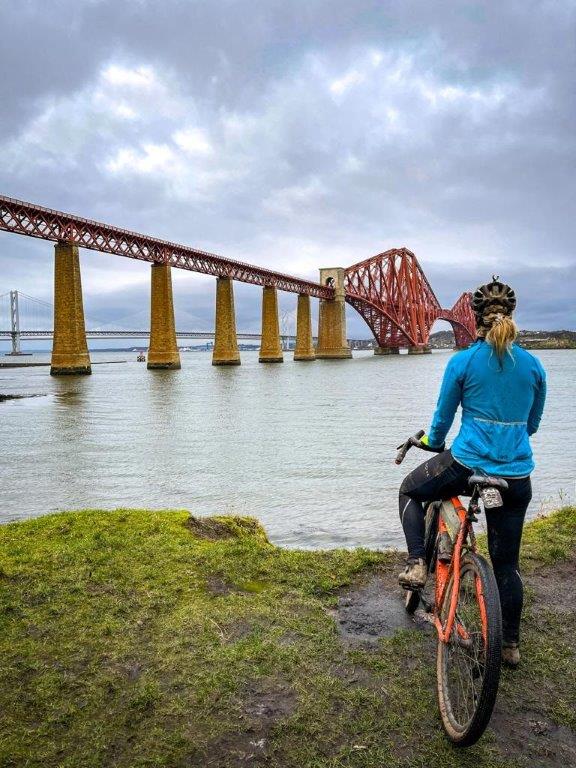 I’ve recently started really playing around with a mapping tool, Komoot (there are others out there too, like RideWIthGPS or Strava even), and have enjoyed looking more closely at my local trails and finding new sections.

With an area as vast as the Pentland Hills, it’s still easy to ride the trails you know, but the lockdown, while tough, has really encouraged more people into the great outdoors and so trails that used to be relatively quiet have become crowded with families getting out and enjoying themselves.

With social distancing in mind, I’ve been looking for little known paths or areas less used by people due to location or facilities and it’s been fun getting to know my hills more extensively.

I’ve found a few new bits of trail I would never have found otherwise, and it’s great to have been able to add that newness and variety into my riding.

Yes, sometimes my tours have been decidedly ‘experimental’, but that’s half the fun, and it throws a little adventure into your ride too! 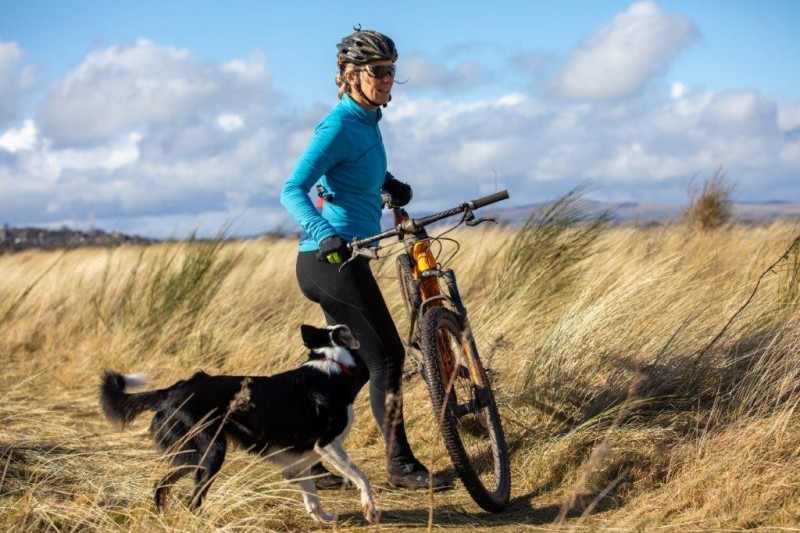 It’s also been a time to slow down a little. With increased traffic on cycle paths and popular trails, it’s been nice to take the opportunity to look around more, to engage with other people using the same space and really see the places I usually pass at speed.

This spring I have especially enjoyed noticing where the bulbs are starting to push through, and having that opportunity to slow down sometimes has meant I’ve been able to stop outside for a socially distanced hello that I might otherwise have thrown away with a high-velocity wave.

In a time where I’ve really been missing people, I’m thankful for that. 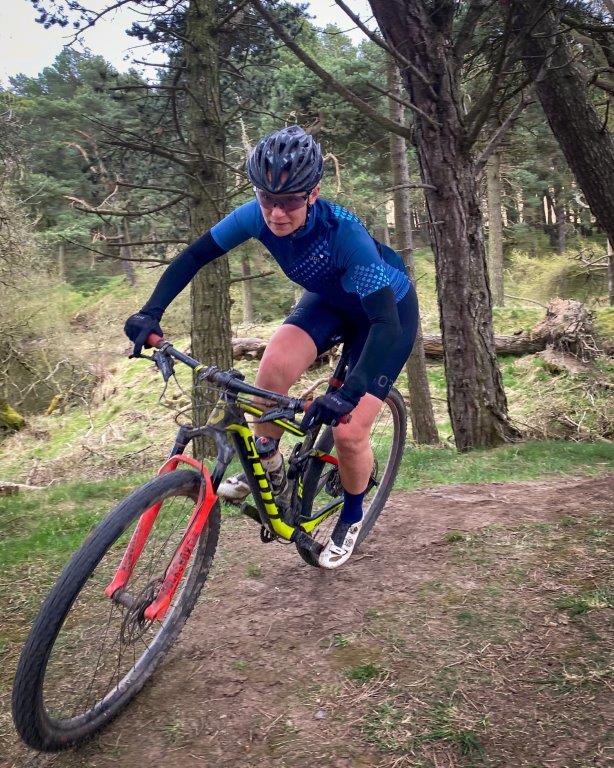 For me though, the biggest discovery has been NOT riding in the Pentlands.

They’ve always been my go-to and I’ve felt somehow that I’m not training right if I’m not riding trails, or perhaps that my ride will be less enjoyable or effective if I don’t ride hills.

Sadly though with this autumn and winter having been one of the wettest on record, the trails simply couldn’t cope with the additional traffic that they’ve seen and so I didn’t feel it was responsible to add to that on my bike.

Having a do it all gravel bike has been a real lifeline for me then, and I’m grateful to Mason Cycles for their continued support. It has allowed me to think beyond trails and look for those less travelled roads and paths.

I’ve linked up canal pathways with disused railway lines, ridden farming access trails and cycle paths, small country lanes and paths through country parks, all on this do it all machine.

And in doing so I’ve explored so much more of my city than I ever would in search of trails and climbs. 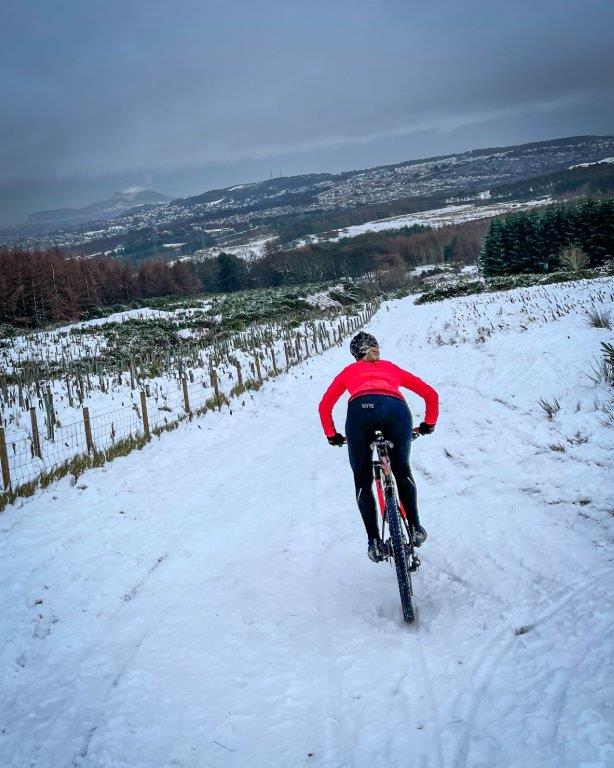 By studying the local maps I’ve created so many different routes across and around Edinburgh, some barely touching a road, and shared many urban adventures with Charlie that haven’t really felt urban at all.

And now I have a whole arsenal of alternative rides that I can enjoy, even after lockdown is lifted.

So in a way, I am grateful that I’ve been forced to look local and ride from my backdoor because I’ve never ridden quite so much variety or explored my own city as much as I’ve been able to by bike.

And I really do love where I live. 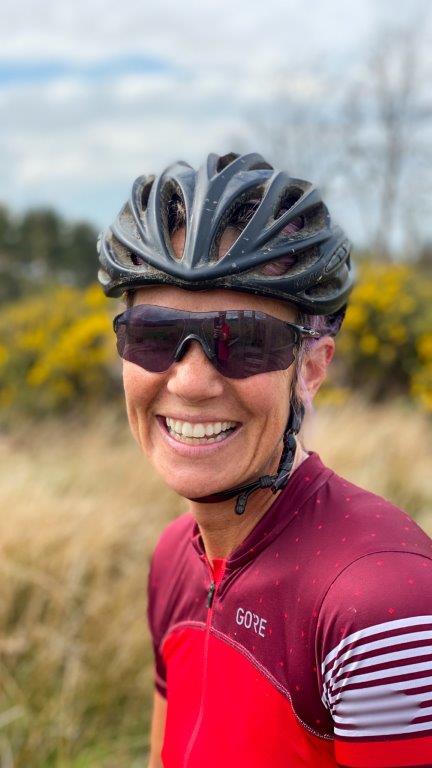 Naomi is an ambassador for GORE WEAR. Shop GORE WEAR at Wiggle