Run further and faster by… smiling 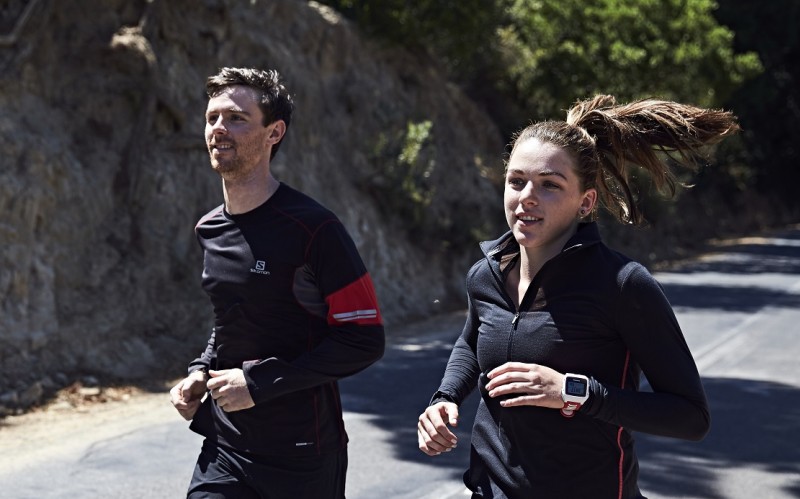 A scientific study into the psychology of running has shown cracking an occasional smile can significantly boost running efficiency and help you run both faster and further.

The surprise findings, published in the journal Psychology of Sport and Exercise in January 2018, emerged from an investigation into the effects of smiling, frowning, and relaxation while running.

In tests, 24 trained runners completed four runs lasting six minutes, during which their cardiorespiratory levels were closely monitored, along with heart rate and running efficiency.

The results revealed running efficiency was 2.8% better when smiling, while oxygen consumption, heart rate, and perception of effort all fell.

Frowning or grimacing was found to be the most inefficient, with test participants feeling they were under more strain despite no change to the demands of the run.

According to the study: “Periodic smiling may improve movement economy during vigorous intensity running.

“In contrast, frowning may increase both effort perception and activation. A conscious focus on relaxing was no [better] on any outcome.

“The findings have implications for applied practice to improve endurance performance.”

The study supports tactics already employed by some of the world’s top runners, such as Kenyan Olympic champion Eliud Kipchoge, who beamed during the final stages of his May 2017 attempt on a sub-two hour marathon.

Kipchoge, who came within 25 seconds of breaking the milestone – one of the most significant in athletics – was seen smiling periodically as he approached the finishing line.

He later told reporters he believed the grin would ease his final push to the finish.