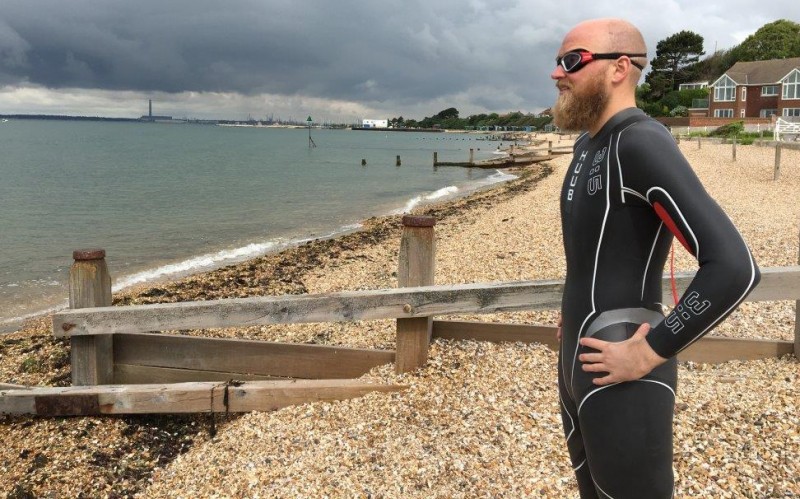 We asked Team Wiggle's Martin McKinlay to give us his thoughts on the HUUB Archimedes II 3:5 Wetsuit, after a season of using the range-topping product for open water triathlons

This season I've been privileged to have been sponsored by Huub - who have provided me with some of the most impressive kit I've ever had a chance to use. The stand-out item this year, has been the Huub Archimedes II 3:5 wetsuit; which you would have seen adorning many of the world's top triathletes. Read on for my review on its performance in my 2016 season... 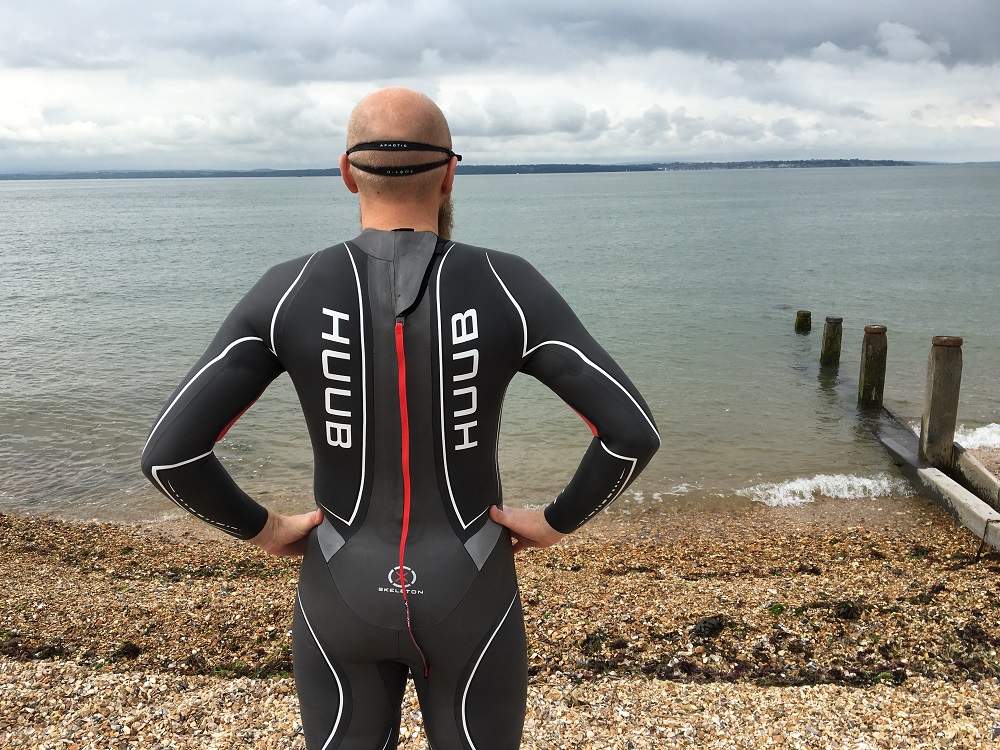 An incredible fit and feel

I have used many different brands of wetsuits over the years, but when I put on the HUUB Archimedes II 3:5 for the first time, it instantly felt like it was something different. By different, I mean it fits like a glove! There is no excess material, no bunching, and no areas that feel obtrusive. That said, at no point does it feel restrictive, in fact quite the opposite. The way it matches the contours of your body, allows you to freely move your arms and legs to the nth degree.

Whilst it is a tighter fit than most, it is by no means a hassle to put on or take off; in fact it's much easier to remove than many suits, thanks to the many panels, which allow movement. The pull chord is a traditional bottom to top closure - meaning you can do it up without the need to kindly request the aid of a fellow triathlete (or passing dog walker if you happen to be on the beach). A Velcro patch on the end allows you to secure it to the top of the suit.

One of the most important aspects of wetsuit design for me, is the collar. A suit can be super quick, but it's no use if its uncomfortable and giving you a lasting mark on your neck (not the most macho scar ever!). The collar on the Archimedes II is low, especially at the back resulting in zero chaffing but high enough in the front to prevent excess water seepage. The Velcro fastening is easy enough to reach and remove - useful in a race scenario. 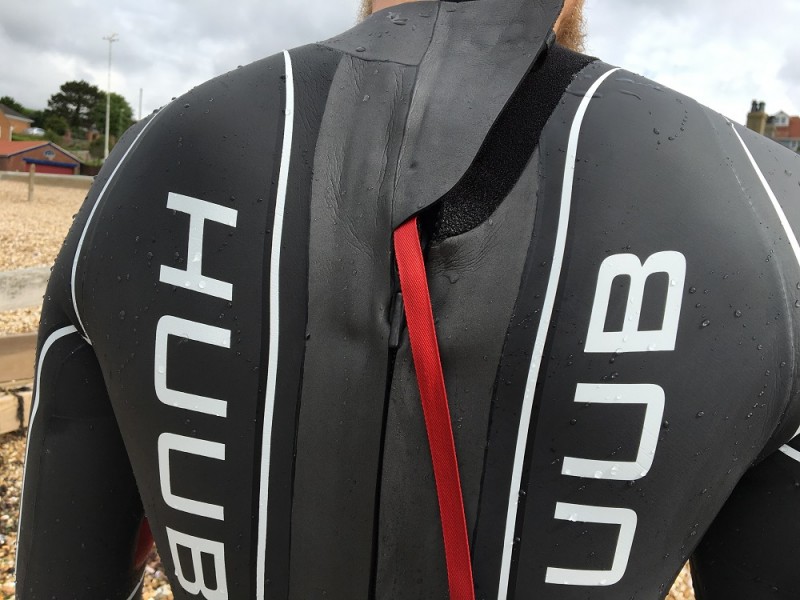 If like me, you have slightly larger than average calf muscles, then the Calf Release patch - made from super thin nylon, stretches nicely and allows for quick removal of the suit - gaining you precious seconds in transition.

The same material can be also be found on the arm panels; aiding flexibility and minimising weight too. These panels are a great touch, and whilst added for their performance characteristics, also make the suit look great! 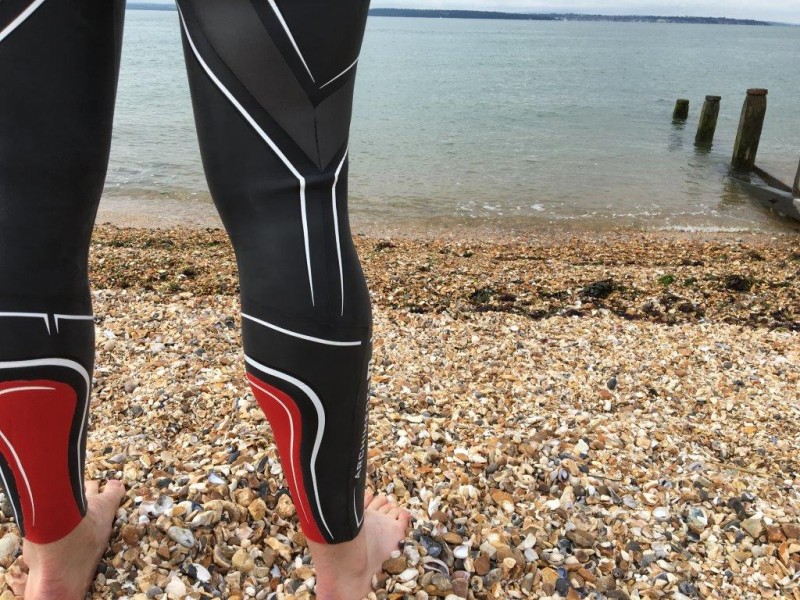 In the water performance

In the water, the Huub Archimedes II 3.5 wetsuit feels buoyant and fast, much faster than previous suits of a similar price point. Over an Olympic Tri distance, I've seen as much as 2mins drop off my time - which I feel has come from the performance (and fit) of the Archimedes. The increased movement allows you to fully extend your arms coming out of the water, while the close fit on the legs prevents any restriction when kicking. 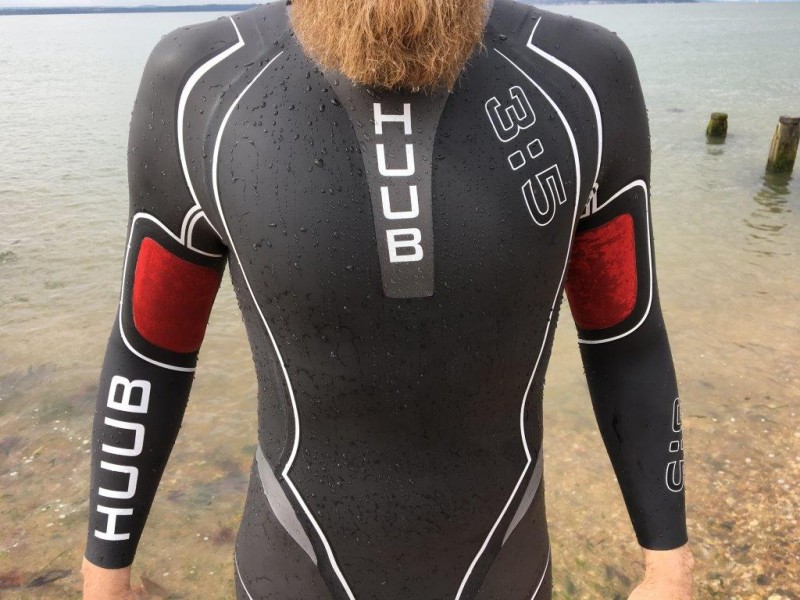 I cannot recommend this suit enough, following the season I've had. The swim is admittedly the weakest of my disciplines, but investing in a top race suit can help you claw back the vital minutes and seconds that could make the difference; I doubt I would have made the improvements this year in the water without it.

If you're a serious triathlete or open water swimmer, then this wetsuit will certainly give you the edge... why else would the Brownlee brothers use it?! 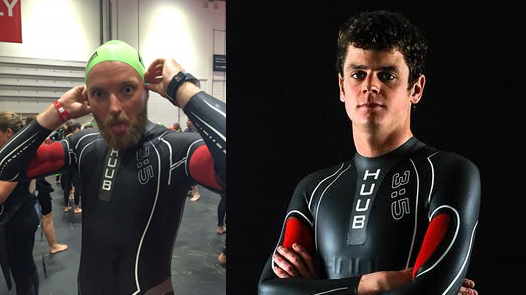