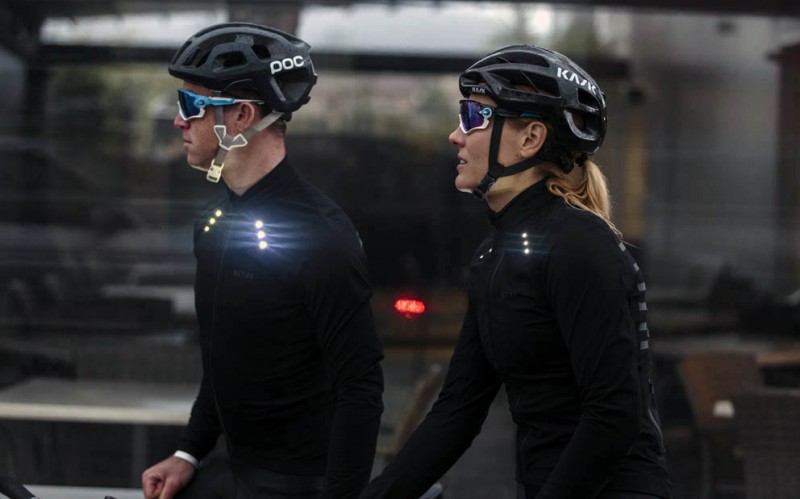 It was quite the surprise to see the cycling buyer approach my desk brandishing something flashier than all the lights in the office.

"What's this you've brought me? A mobile disco?" I ask. But no - this is something more exciting than even a peripatetic music venue. This is the new Metier Women's Beacon Gilet.

Having established a personal goal to ride 500km during the final week of December, the timing couldn't have been more perfect to put the Metier Women's Beacon Gilet to the test.

Métier's mission is to offer "a new experience for cyclists with garments that have integrated personal visibility to make sure you’re prepared to ride anytime, anywhere from sunrise to sunset and sunset to sunrise". In the past, high-visibility has often meant bright colours and a more casual fit. Métier's approach is different.

Breaking away from traditional neons, the Beacon jacket and gilet are available in go-with-anything black. The cut has more in common with high performance than commuter kit. On their website, they proudly quote cycling journalist Caley Fretz: "'You look pro,' Taylor Phinney said to me in a coffee shop the other day…"

It's not just the sleek design that will turn heads, however. Métier's Beacon jacket and gilet are both equipped with in-built LEDs positioned exactly where they will be seen by drivers. The placement, Métier say, will also make you appear "recognisably human". 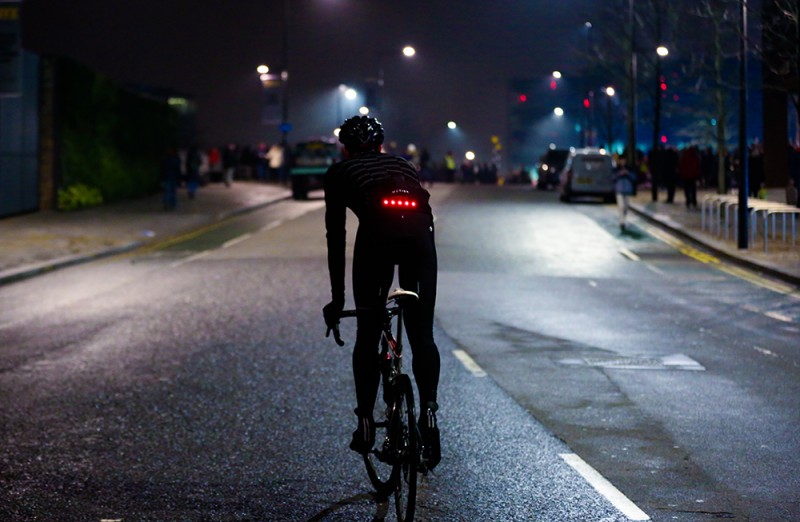 Three white ultra-high-intensity LEDs on each shoulder pack a mighty punch at 180 lumens and the row of five 22 lumen ultra-high-brightness red LEDs on the rear deliver wide-angle visibility. They are powered by a small battery pack which sits in a zipped pocket and is rechargeable by USB. Three hours charge gives you an astonishing 72 hours ride-time.

For added visibility, the upper back is covered with the distinctive Métier 'shift' pattern, which reflects headlights effectively. Together with the LEDs, Metier delivers optimum visibility in all light conditions. New thinking suggests traditional neons aren't always the most visible choice during daylight hours and fans of classic black kit can certainly rejoice.

It's not just the reassurance that you'll be noticed by drivers that makes this your go-to garment on changeable days. The hydrophobic fabric with DWR double finish repels rain, while fully taped seams add extra water resistance. The Beacon also manages to be highly wind-resistant while still being breathable so you won't overheat even at high intensity.

After five months with the Metier Women's Beacon Gilet, I am still impressed every time I put it on. For a start, I still haven't recharged the batteries.

As a self-confessed kit snob, once I got over the dazzling light-show, I was amazed by the premium fit and feel. This could really not be more different from the traditional hi-viz commuter garb. The cut feels like it was designed from the ground-up for women rather than as an afterthought to sell alongside the men's. I took a size small which is in line with other kit I wear from brands like dhb, Morvélo and Dotout. 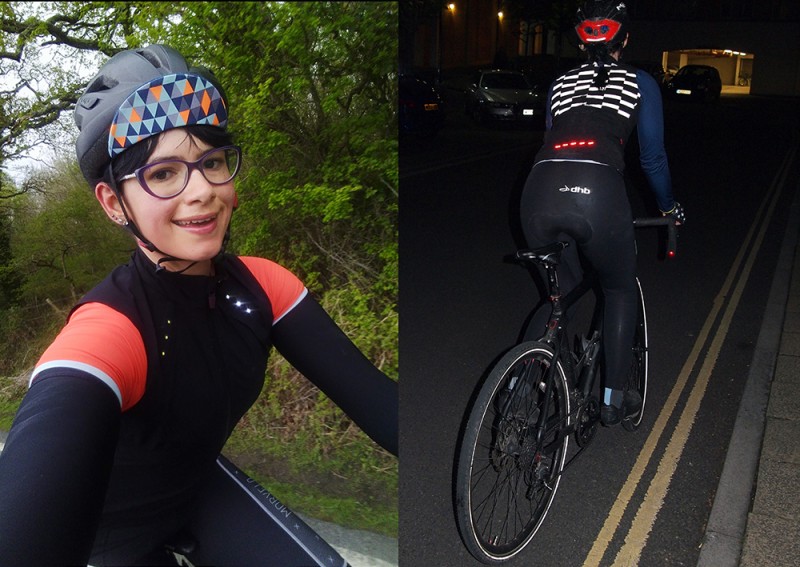 Content editor Shane Banks has been riding in the Metier Beacon Jacket and warns men might need to size up. "I'm 180cm tall, weigh 63kgs, have a slim build, and I took a medium," said Shane. "While the fabric has some stretch, it's still very close to the body and I only had space for a winter base layer underneath."

However, he adds: "The jacket blocks wind and traps warmth nicely. Breath-ability seems excellent too; a few interval sessions didn't overwhelm the jacket with perspiration. In terms of protection, up to this point I've only been out in drizzle and light rain but the jacket kept me perfectly dry."

I wasn't so lucky with the weather but the combination of a winter base layer and jersey, thermal tights and the Metier Women's Beacon Gilet was perfect on days like this, keeping me dry and warm.

Here on the south coast, rain or shine, one thing is always certain and that's a headwind - one way or another and usually both. The gilet's wind-proofing was put to the test many times and even strong gusts were silenced by its tough exterior. Having been caught out too many times on cold days, I'm starting to realise a warm core means warm fingers and toes for longer too, and its here where the gilet has protection from the elements most effectively covered.

To protect against dirt and grime on road or trail, the Metier Women's Beacon Gilet comes supplied with a mesh bag, making it easy to hand-wash. I've only cleaned it twice in a small amount of Halo and air-dried it in strict accordance with the instructions. It's still looking as good as new. Given all I've put it through, the filth and the rain, it's impressive how perfectly the lights continue to perform.

In summary, the Metier Women's Beacon Gilet has become an indispensable part of my cycling wardrobe. For cyclists who don't want to compromise on performance or style, but still want the reassurance of high-visibility, Métier's innovative Beacon range is an excellent choice.