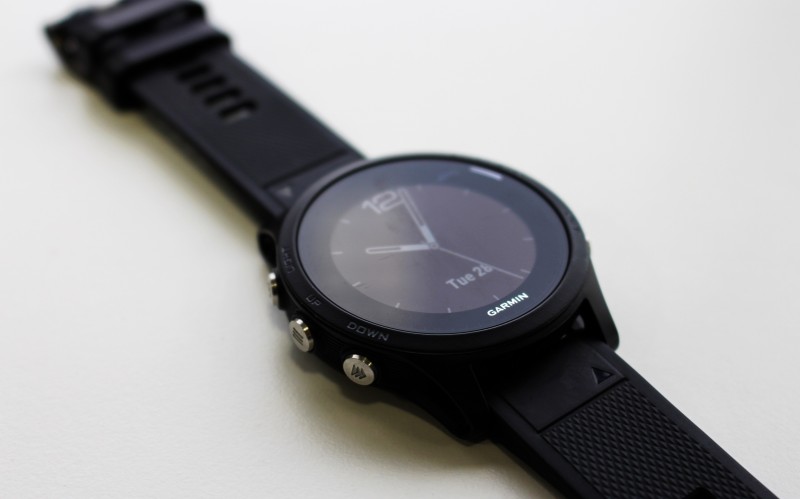 Staff triathlete Martin has been testing out the all-new multi-sport watch from Garmin. Hear what he thinks of the Garmin Forerunner 935 below...

I have been lucky enough to use many a tri-sports watch during my time at Wiggle, but when I heard about the new Garmin ForeRunner 935, I couldn't wait to get my hands on it.

The forerunner tri-sports range from Garmin has long been the go-to watch for us triathletes; it offers flawless switches between sports, it's near enough bulletproof, and it has always embraced new technologies.

The new Garmin Forerunner 935 is no different!

The first thing you will notice is the inclusion of an integrated heart rate monitor (Garmin Elevate), found most recently in models such as the Garmin 735XT.

Being someone who finds standard heart rate belts uncomfortable, this is a huge plus. Not only does it monitor your HR during sport, but it can be left on during the day to give you an idea of your resting & average heart rate.

This additional data allows the watch's coach to give you a much more accurate idea on recovery times. 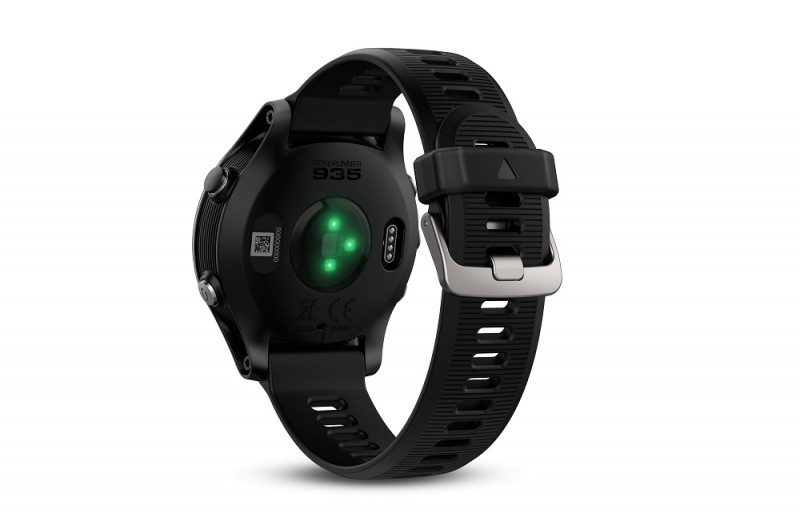 The software on the Garmin Forerunner 935 has been upgraded since the Garmin 920XT; bringing it in-line with the smart watch line from Garmin, and allowing you to pair your smart phone and, should you wish, receive incoming calls/texts/emails.

A handy new feature is the ability to control your music; perfect for when you're on the turbo trainer during the winter, or whilst warming up at a race.

If you happen to lose your phone whilst out riding, there's even a handy 'Find My Phone' option, which causes the phone to emit a loud noise.

Back to the important stuff...

The Forerunner 935 has been created for numerous activities, not just the tri-sports. Out of the box, it's ready to go for Run, Swim, Cycle, Swim-Run, Treadmill, Indoor Track, Indoor Bike, Open Water, and Triathlon; as well as perform fitness tests.

Sync it with Garmin Connect, and you can add a plethora of new sports. (Tip: download different watch faces to make the most of the info you really need while training or racing.)

Another feature that I like is the addition to the menu when you pause a ride. As well as being able to save and discard an activity, you can now choose to resume it at a later point.

Small scale maps are also available to view on the fly, great if you're looking to retrace your steps.

The Garmin Forerunner 935's signal pick-up is quicker than ever, becoming almost instant when used in a familiar location.

Should bad weather or buildings prevent signal pick up, then the built in accelerometer will still track distance until the signal is picked up.

A ring around the screen will build up, letting you see the signal strength, and turning green when you're ready to go. 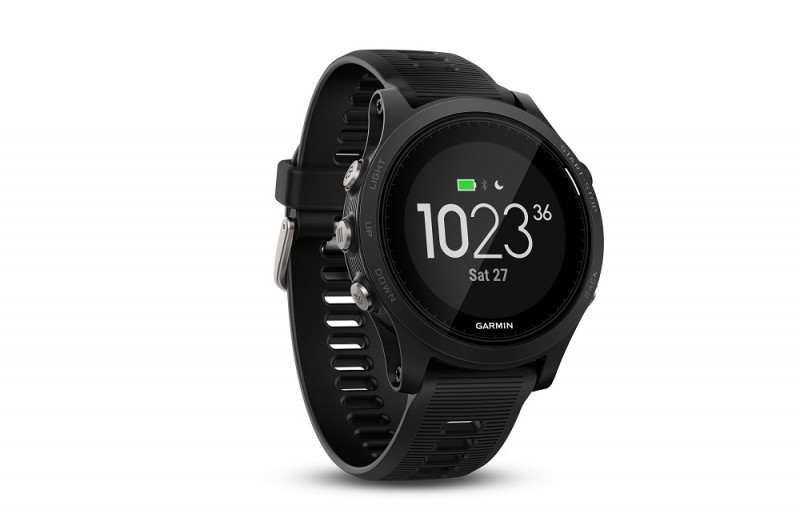 The Forerunner 935 moves away from the square designs of the Garmin 910XT and 920XT, and utilises the flatter round housing of the new Forerunner watches.

The start/stop button moves from the front to the top left, with the 3 left buttons controlling the light/smart watch options, main options/Up & Down. The bottom left acts a back button.

The strap is easily changeable (quick release) and will be available in a range of colours. The glass front of the watch is protected by a lip around the outside to prevent damage from knocks.

Personally I prefer this change in design as it makes the watch wearable on a day to day basis without looking too sporty. 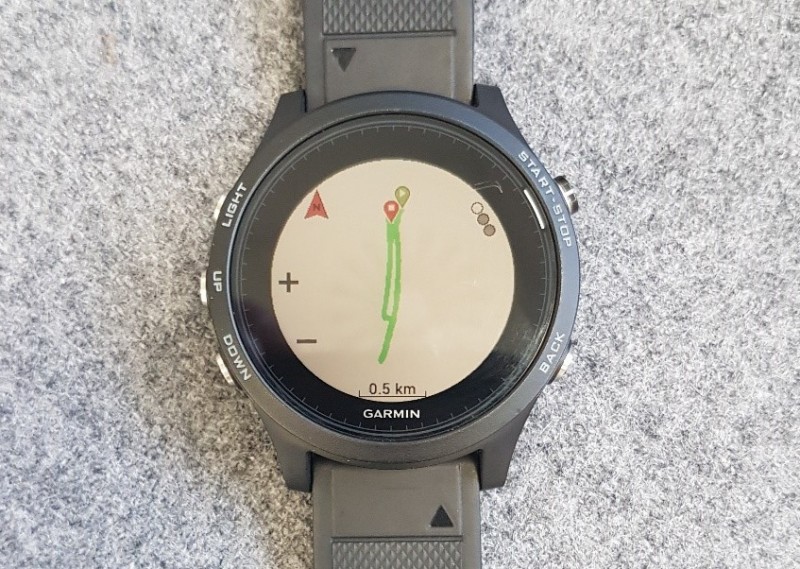 I find the best way to really test a new watch is to throw it in at the deep end (poor pun) and put it through its paces in a race.

For the Garmin Forerunner 935, I used it during an Aquathon comprising of a 500m pool swim and 5km run.

The watch comes preloaded with swim/run profile, which I edited so that the swim came first. You can add as many transitions as you wish as well as edit all of the info shown on each screen.

I set it up with the distance, pace and Km splits in prominent views, and turned on the auto laps for vibrating alerts.

The watch performed flawlessly in the race! The one area I thought it might fail on was the GPS signal pick-up coming out of the pool, but it found it immediately.

During the race, the watch even alerted me that I was working above my average effort while the threshold display kept me up to date on my effort. 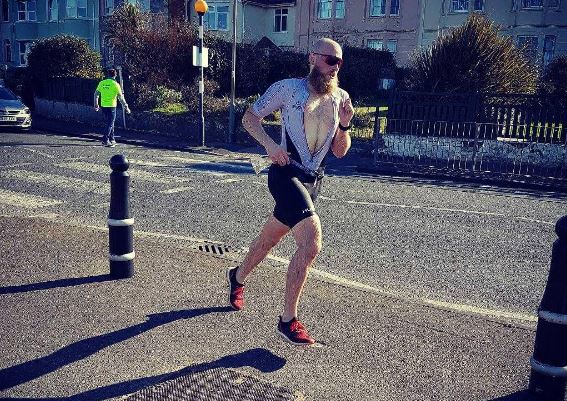 The Garmin Forerunner 935 is everything a triathlete could need for training and racing. With the added smart features and updated software, coupled with the more casual appearance, it is certainly the #1 Tri-Sports watch I've used to date.