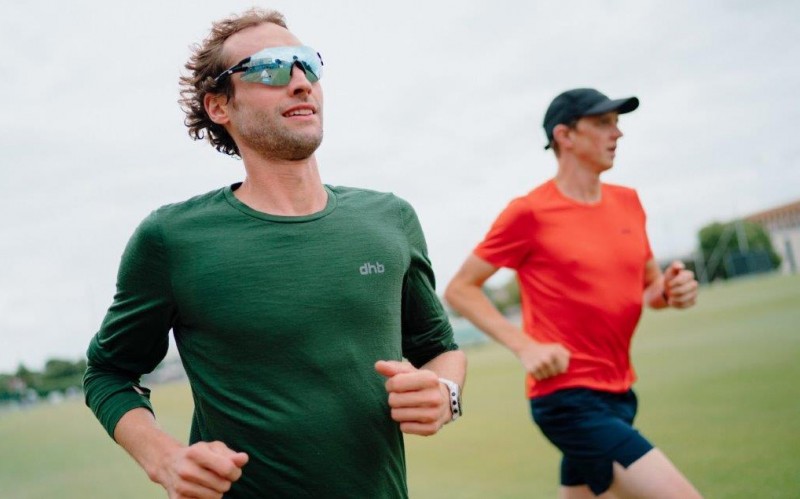 What does it take to get to the top of triathlon as a visually impaired athlete? We asked PTVI para-triathlete Dave Ellis and his guide, Luke Pollard, both ambassadors for dhb, about the hurdles and triumphs on their road to Commonwealth gold.

It's easy to see how Dave Ellis was one of the favorites in the lead-up to the Commonwealth Games, Birmingham 2022. The five time European Champion and four time World Champion from Derby began his sporting career as a swimmer, but his biggest successes have been in triathlon.

Dave is currently ranked world number one in the PTVI category, which covers athletes who are totally blind and visually impaired athletes. His eye condition, Stargardts, was diagnosed when he was struggling to see the board at school. The condition varies for different people but for Dave it's like a camera flash constantly going off in his eye.

“They say you need to register blind because you’ll be blind one day. You’re like, oh, okay. That was quite difficult to take as a 15 or 16-year-old. It was definitely a tough time," Dave says. "And then it changed quite rapidly through to 17 or 18. I went from having pretty standard eyesight to then not really being about to see anything in the middle of my eyes."

Dave's competitive sporting career began when he qualified to compete in swimming at the 2006 World Championships. From there, he landed a place on the 2008 Olympic squad in Beijing where he made it to two finals and came fifth in the 200m. However, his when he failed to qualify for the home Olympic games in London four years later, he was left questioning whether he still wanted to be an athlete anymore. 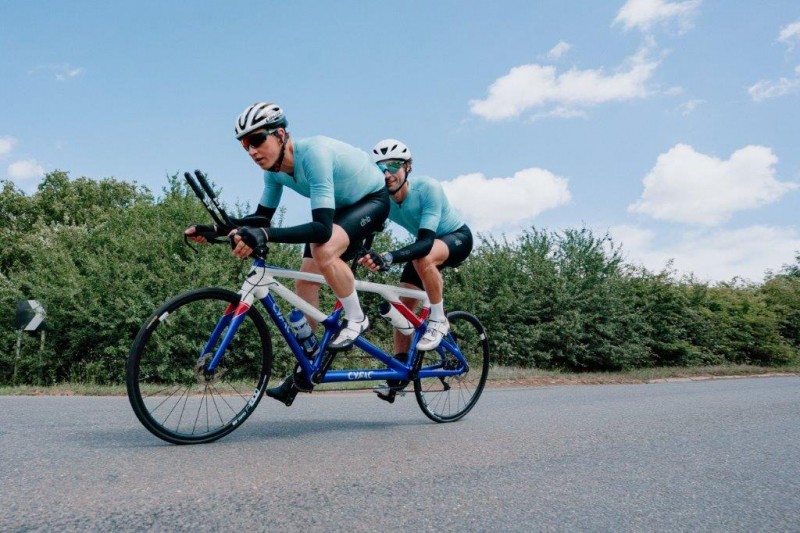 However, his fortunes soon turned around when he entered a triathlon talent ID day in early 2013.

“I’d never really run before, so trying to pick up, not just cycling, but running as well was difficult and challenging," says David. "But it all seemed to go quite well and I managed to go to European champs about four months after starting the sport and win that, which was a massive shock again.”

“I just remember turning up the first day and being right at the back of the lane for swimming," Luke tells us. "It was pretty eye-opening for someone who, like myself, has raced elite level for years, to come into para tri and see wow, these guys are incredible athletes in their own right. It’s pretty mind-blowing."

Luke ended up being one of the three selected to race with Dave for the 2019 season, and ended up joining him for Tokyo 2020 which was the beginning of a lasting partnership.

“Currently guiding Dave is my full-time role. So yeah, I’m pretty fortunate to be supported by the RAF. I don’t mind the spotlight not being on me. I’d love to be part of something that’s bigger than me, I guess.”

The pair are attached by a tether for the swim and run and complete the bike section of the tri on a tandem.

“VI or blind sport, without having someone to either be a guide runner or a pilot on a bike or in triathlon a guide through the whole event, we wouldn’t be able to do the sport." explains Dave. "It’s everything to you in the race or just in general. 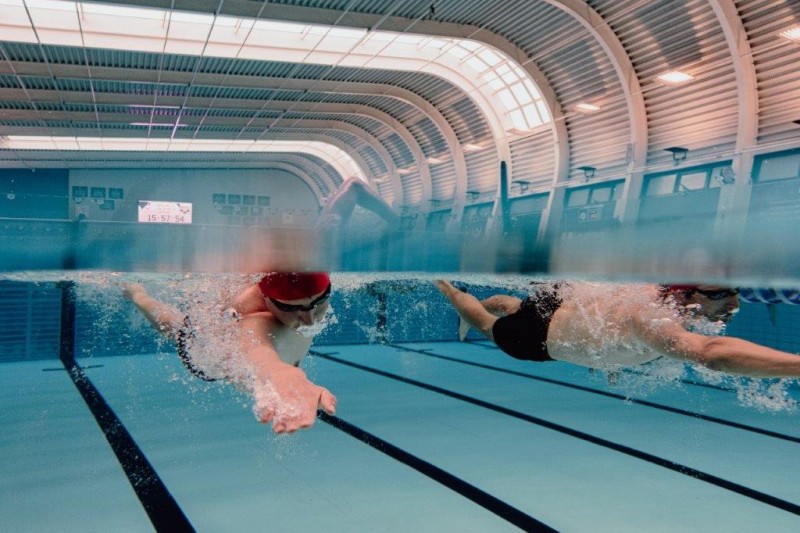 “A lot of the time people will just be volunteers at club, just to help VI athletes out or ride a tandem with someone who is blind. It definitely makes all the difference in getting people involved in sport who have a visual disability."

Taking on the role of a guide at Olympic level hasn't been easy for Luke, despite his sporting background. “Just training with Dave day-to-day is difficult, physically, for anybody. I came from elite racing myself and I had to spend six months just hammering my swim just to get to a level where I am able to complete sessions with Dave," he tells us. "You need to have 100 per cent of yourself into it because, like, this matters probably more than my own career."

Following on from their Commonwealth Games success, the pair have their sights on the Paralympics in Paris in 2024. However, even more importantly perhaps, they want to use their success to inspire others.

"We’d love to win the Paralympics but then yeah, obviously, you’d like to inspire the next generation because you’re just one moment within the sport" says Dave.

“Para sport in general, you always want to see it grow and develop and get to that level of able-bodied sport. But it has got a long way to go.

“It needs exposure. It won’t take one generation or one set of athletes to change the sport, but if we can do it as a collective, where the level is so strong in para tri that more people want to get involved, more people get interested in it, then hopefully that will keep it growing and keep it pushing forwards.”