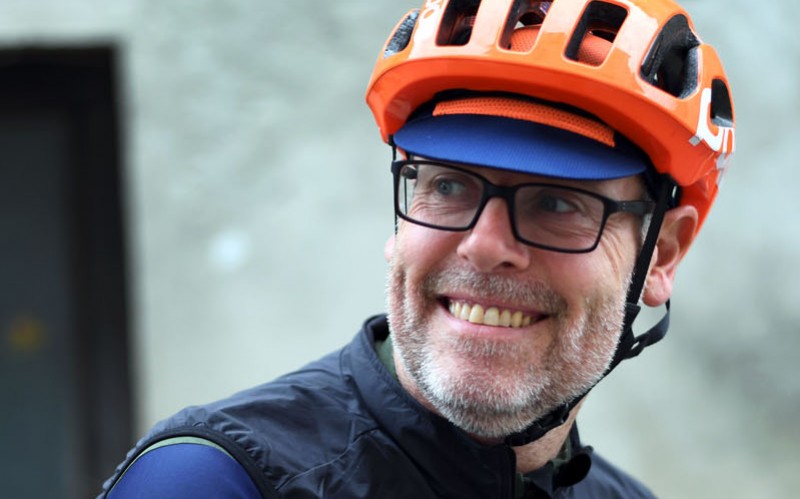 Gavin Peacock reflected on a mission accomplished as he gazed out across the English Channel.

A member of the growing dhb community, he had ridden from the Mediterranean to the northern coast of France in the space of eight days.

Here, Gavin relives the highs and lows of his memorable quest...

Tapping the gear shift button nothing happened. I’d snagged the Di2 cable in the seat clamp while rebuilding the bike outside Montpelier airport and disabled my gears! Or rather, I had one gear: 48x19. That was going to be okay for that first day which was pretty flat but the next few days were going to be anything but. This day I was heading west along the Mediterranean coast and then inland to the Pyrenean foothills of Corbières to stay with friends, Gus and Sarah, for a couple of nights. The next day was essentially a rest day and would give me a chance to fix the cable… or work out a bodge. It took all day to settle into the ride as the roads away from the airport were large and busy, plus I was annoyed with myself for being careless and breaking the Di2. At one point I found myself on a gravel track that ended in a field next to the road I actually wanted to be on. Online mapping and reality don’t always coincide. Later I rode for a few kilometres beside the Mediterranean on a beach-side cyclepath. By early evening I was into the foothills of the Pyrenees and as the sun started to set, away from the busy roads, I finally starting to feel relaxed. 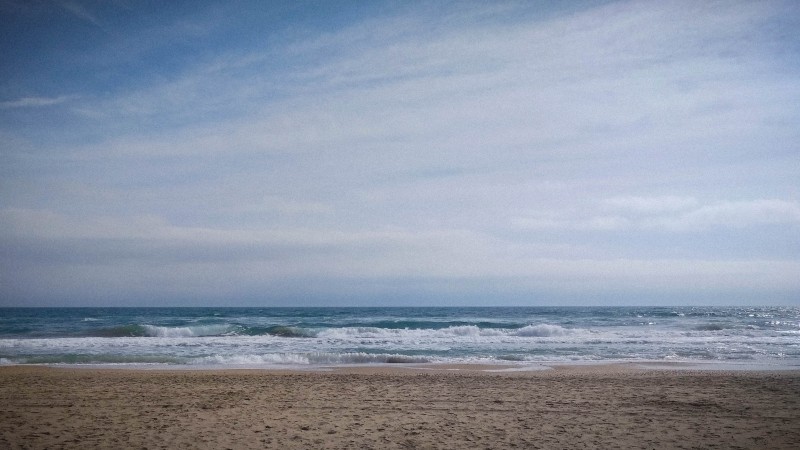 I manage to fix my gears by cutting out the damaged bit of cable and reconnecting the wires with the aid of some electrical tape. After brunch Gus showed me on a map one of his favourite two-hour loops around the local hills. The forecast looked a bit iffy, possible thunderstorms, but the wind was strong and in the high hills there was a good chance if I got caught in bad weather in one valley it would be fine by the next. It was worth the risk. I got caught in torrential rain at the first summit but it passed quickly, a rainbow appeared by the next and then I was under blue skies for the rest of the ride. The post-storm light and the views were worth the wet socks. 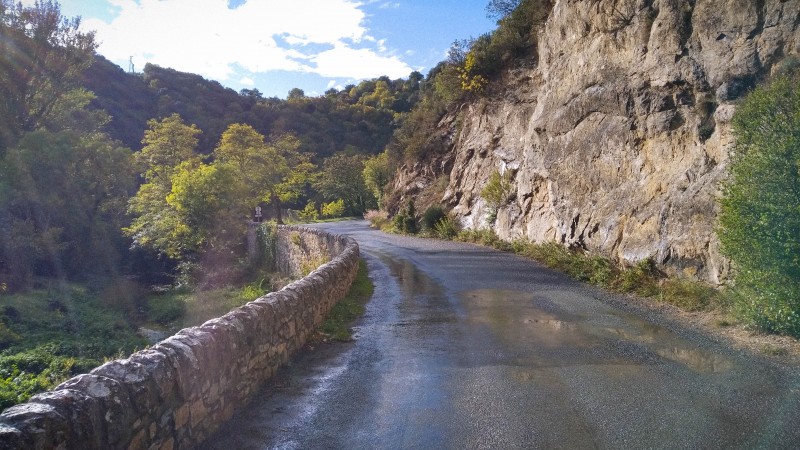 I made a mid-morning start from Gus and Sarah’s towards Carcassonne. There was a chill to the air but it was quickly offset by the effort of climbing. Twisting through vineyards up the side of a quiet hill, it was just me and the buzzards. Suddenly the land dropped away, through sunlit curves the road swept quickly down to Carcassonne and a wide plain that stretched all the way to dark lumps in the distance. Time for a quick coffee before heading for those black silhouettes shrouded in cloud, the Montagne Noire, and 30km of climbing, not particularly steep but constant ascending. I could see the Pyrenees jutting through cloud to the south. Turning onto a lesser road the climb steepened on smaller and smaller lanes. Entering dense forest I took a gravel track shortcut through autumn colours over the summit. The descent was misty, fast and cold. The land changed again; low wide rolling hills, big vistas, huge skies, long straight roads lined with plane trees. These were archetypal French roads. And the setting sun caught the top of the cathedral as I arrived in Albi. 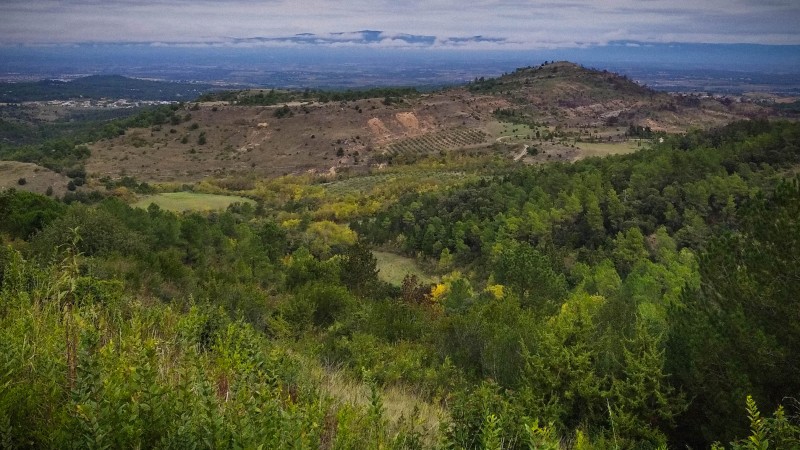 I got up early and set off in the dark, the climbing started within a handful of kilometres. Continuous up and down, up and down and each time getting a little bit higher. The big wide hills pushed me nearer the low grey sky. The land and architecture were starting to subtly change, cream render and red clay tiles giving way to stone walls and brown tiles. Thick forest coated the hillsides. A steep descent to a small river followed by switchbacks back up the other side. I climbed even higher again before a long descent into the Aveyron valley, where I had a coffee and pastry beside the river. On another long yet gentle climb on a main road to the next large town, Figeac, a tailwind gave me a gentle shove. Across the river Lot and into the department named after it. I was only 45km from my parents’ house - that night’s ‘hotel’. One last set of hills to go first, though. The wind picked up and the rain started to fall. Copper chestnut and beech leaves covered the roads through the woods. A signpost on top of a 600m summit said ‘Terrou 7km’. These were home (from home) roads and I knew it would be downhill all the way to Saint-Céré. From there it was only 8km to my parents’ house. I know a lot of ways to get between Saint-Céré and Gagnac-sur-Cère but they all involve at least one big hill. Given the weather and the 140km in my legs, I opted for the quickest way. 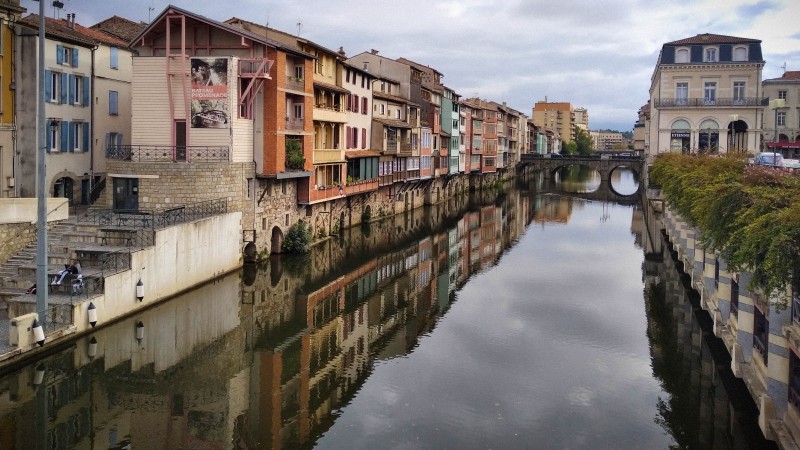 I woke up in the dark to dreadful weather. I was supposed to ride 200km this day to stay with friends but it really wasn’t a day for riding. However, I needed to get to them as they were expecting me and if I didn’t I would leave myself three days of more than 200km each to make sure I got to the ferry home. The forecast did show the weather should improve further north by the afternoon so a plan B was hatched. My dad would give me a lift north and drop me in a town on my route, shortening the ride and hopefully finding better weather. On the road conditions were not improving so in the end he dropped me in Limoges around lunchtime. We had a plat du jour of tartiflette and green salad near the city centre before I retrieved my bike from the car and set off in overcast but dry weather. Out through the suburbs and into the countryside there was a very different feel from the day before. Having had a lift for 140km, I’d jumped into a different landscape rather than seen and felt it slowly change over a few hours of riding. The land had flattened as I headed into northern France. My friend Tim had ridden out to meet me halfway between Limoges and his house. The weather had definitely improved, even a hint of sun broke through the cloud. And knowing I’d shortened my day, Tim offered a less direct but prettier route to the one I had plotted. I turned my Garmin off and we span along chatting. It was nice to have someone else navigate for a short while. 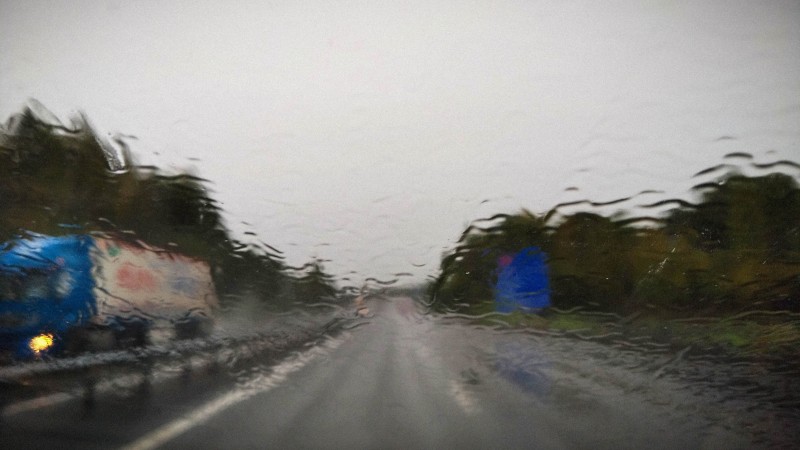 Early morning clouds scuttled across the sky at speed, suggesting I was going to have a strong tailwind. And by the time I’d kitted up there were unexpected glimpses of blue sky. Tim and I rode into Lussac-les-Églises to meet his friend Robbie and the locals escorted me off their patch. The sky was a mix of bright sunshine and fast-moving banks of clouds, with smudges of rain visible on the horizon. It started to drizzle as we crossed a bridge into the town of Saint-Savin where we stopped for coffee. Afterwards Tim and Robbie turned back into the wind and I continued northwest with the wind on my back. It also rained for two hours all the way to Châtellerault but the sky broke into sunny patches as I dropped into town, pulling into a bakery for lunch. A television showed another weather forecast, black-and-white clouds covering the part of France I was in but no rain drops thankfully. I enjoyed an afternoon of long roads, big views and a lot of sky. I joined the dead straight road towards the Loire. It goes on for an eternity. And then took the woodland shortcut to Saumur, with the smell of damp pine forest a great air-freshener. Woodland gave way to vineyards and then a sharp drop to the edge of the Loire. I finished the day on the banks of the river, which always feels like a dividing line between landscapes. 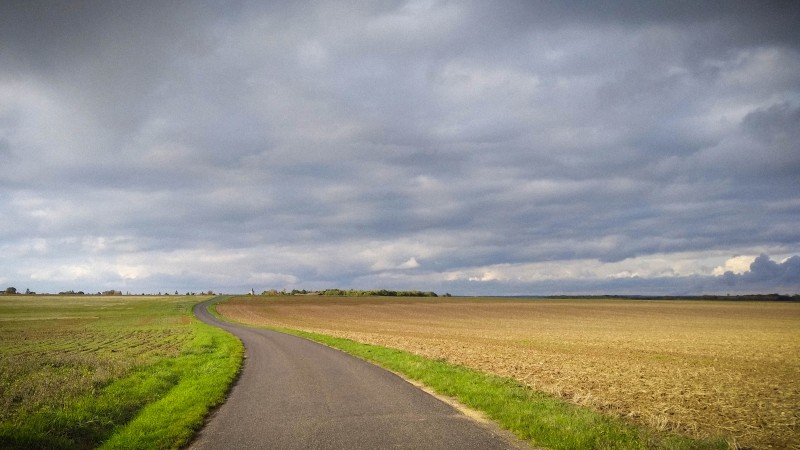 After hammering the breakfast buffet (and snaffling a few things for the musette of snacks) I dried my tights and baselayer with the hairdryer in the bathroom. Following the southern edge of the Loire I headed west, travelling through a more affluent-looking area than the previous few days, lots of big houses pretending to be châteaus as well as actual châteaus, rather than farms and cottages. Crossing to the other side of the river the roads were damp and the smell of wet grass hung in the air. I was following the bad weather rather than being chased for a change. From the Loire Valley I transferred to another river, the Maine, at Angers, where the roads got busier around and through the sprawling city. Beyond Angers I traced yet another river, the Mayenne, before moving away from the flood plains onto rolling farmland. With 40km to go I hit a long, undulating main road to Rennes. Engaging endurance race mode for this final part of the day, I got my head down, bashed it out, found a hotel, bought too much food from a nearby supermarket, ate it all and fell asleep. 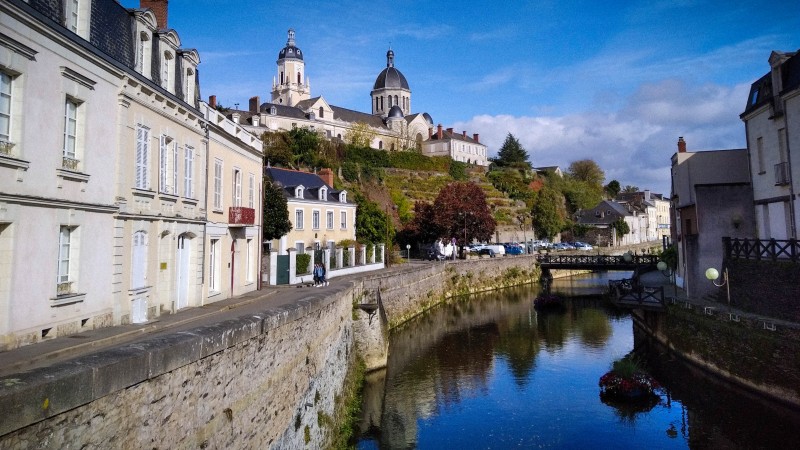 Having banked a couple of big days I left myself a much easier finale, so had a bit of a lie-in and didn’t go down to breakfast until daylight for a nice change! In no rush, I zigzagged around the cobbled streets on my way out of Rennes. And despite the later start, the mid-morning daily routine of a coffee in a village PMU bar and a pastry in a bus stop was maintained. Things got scruffier as I neared the coast, riding on forgotten roads now that everything bombs along the dual carriageway. I passed the Saint-Malo town sign but the kilometre marker below it read ‘4’ and the suburbs dragged on. I wiggled through industrial estates, past shopping centres and around what felt like a billion roundabouts, catching every red light on the way. Eventually I ran out of land and was gazing out across the English Channel. 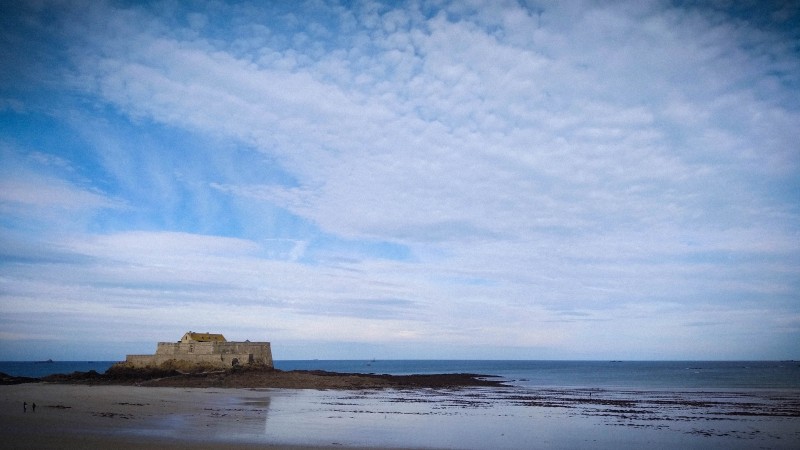 Gavin Peacock is a member of our growing dhb community. Main image courtesy of Augustus Farmer