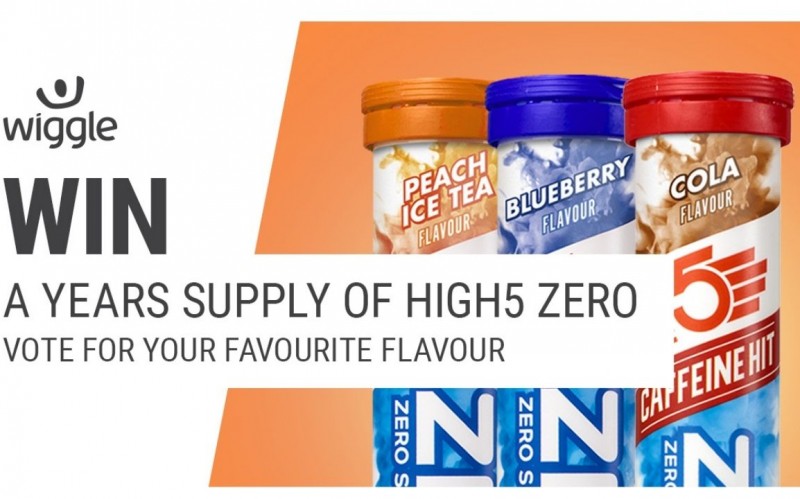 THIS COMPETITION IS NOW CLOSED. CONGRATULATIONS TO THE WINNER EMMA DIXON.

The winning flavour is Caffeine Hit Cola which will be available exclusively at Wiggle from April.

HIGH5 need your help to decide on a new and exclusive-to-Wiggle HIGH5 ZERO flavour. Cast your vote for the chance to win a years' supply.

It's compact to carry and easy to mix. Simply drop a tab into 750ml of water to create a great-tasting, low-calorie sports drink.

With twelve varieties available at Wiggle including caffeinated and immunity-boosting options, we know there's a flavour to suit everyone but we want to give you even more options.

We've shortlisted three potential new flavours but we want you to decide which one goes into production. Vote for your favourite below and you'll be entered into a prize draw to WIN eight tubes of the new flavour as soon as it comes out.

All votes received by midnight on Sunday, January 24th will be entered into the prize draw. The winner will be chosen at random and will be announced on Monday, January 25th, along with the winning HIGH5 flavour. The prize consists of eight tubes of HIGH5 Zero tabs, each containing 20 tabs, in the winning flavour, and cannot be exchanged for another item. Production times mean that the new flavour will be available to buy within up to two months of the competition ending, at which time the competition winner will receive their prize

By entering this competition you confirm that you agree to the General Wiggle Competition Terms & Conditions.