What makes a great day on the trails? 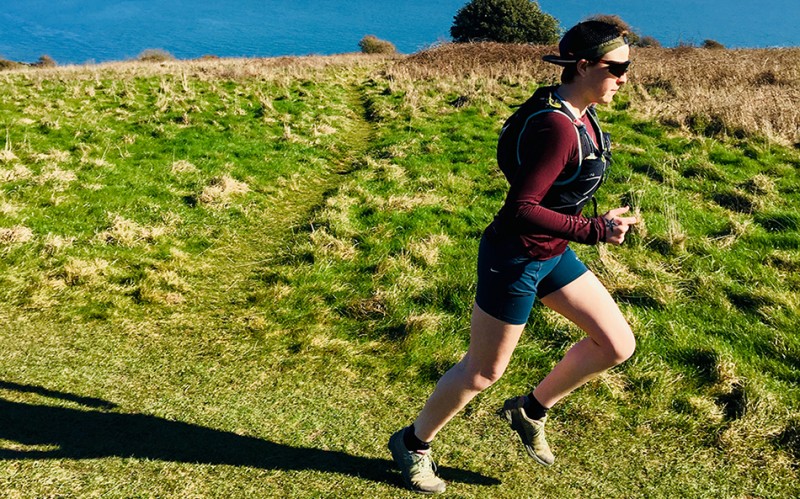 In just a few years, Wiggle designer Annie made the journey from red-faced gym newbie to triathlete and ultra-runner. Her athletic career was put on hold thanks to a severe injury. We catch up with Annie as she picks up where she left off and get her thoughts on running with the new Duro 6 from Osprey.

My first proper run was on Christmas Day. I was in Brooklyn, New York, and inspired by the city skyline across the water. It was a bitterly cold Christmas afternoon when I took my first few steps back up and running.

I couldn’t even get to a mile without getting out of breath, feet and body aching. This was unknown territory for me.

At the point where my injured foot had forced me to put my training on ice, I had been running twenty miles, four times a week with a thirty or forty mile run on weekends. I felt unstoppable and fitter than I had ever been.

After such a long, enforced period of rest, I felt like I was starting again from scratch. A prospect that was both exciting and demoralising.

Those first steps were the hardest, but it wasn’t long before I was back home in the UK and early morning beach runs were calling. I was slowly getting my fitness back and running regularly. It was still a struggle at times, but I soon felt that ‘long’ training runs were there for the taking.

Extra motivation came with the offer of a new hydro pack to try. 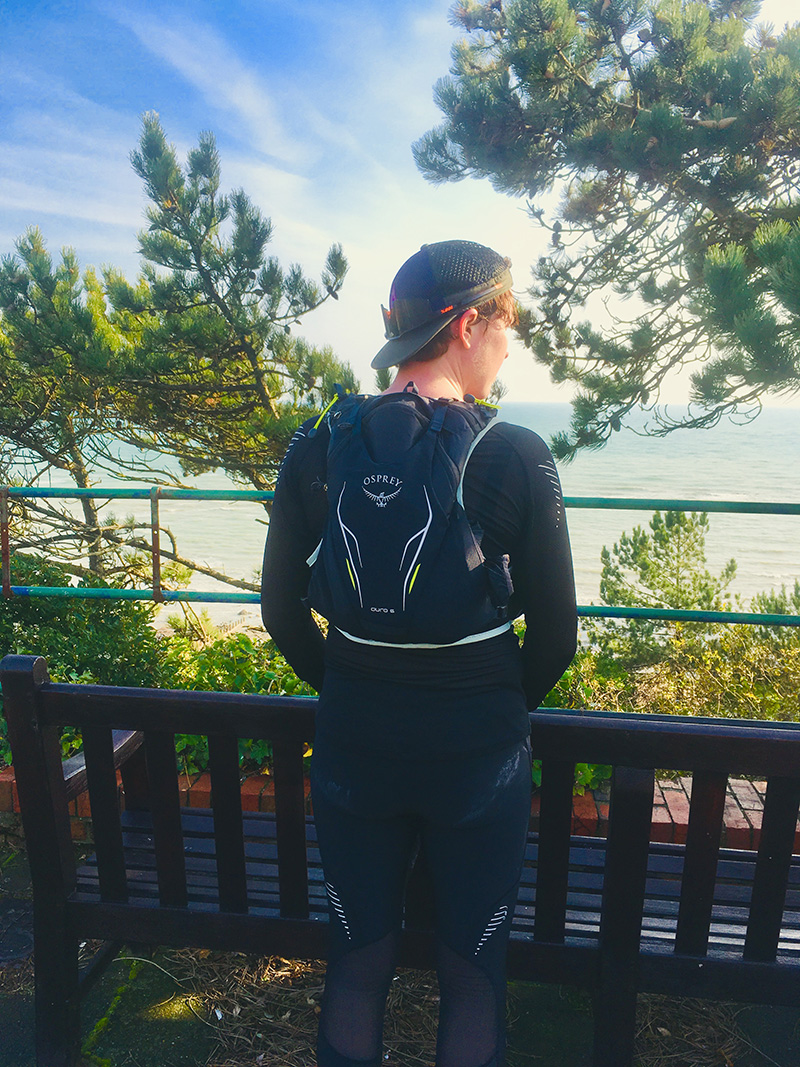 I’ve used Osprey backpacks for hiking and orienteering challenges, and I’ve always liked them. However, I’d never used one of their lighter-weight hydro packs for an ultra-run so, when I was given the opportunity to run with the Osprey Duro 6 in January, I couldn’t wait. Even if it meant braving the depths of cold, dark winter.

As it turned out, winter ended up not being unusually mild, delivering highs of 19°C, blue skies, sun, sand and sea in February!

One of my first runs with the Duro 6 was across Beachy Head and the South Downs. The pack was flawless.

Previously I'd never really got on with hydration packs. They’ve always given me some sort of chaffing, either around the neck or across the middle of my back. The number of times I’ve stepped into the shower after a long run, and I’ve almost passed out because of the severity of the stinging sensation from the chaffing! 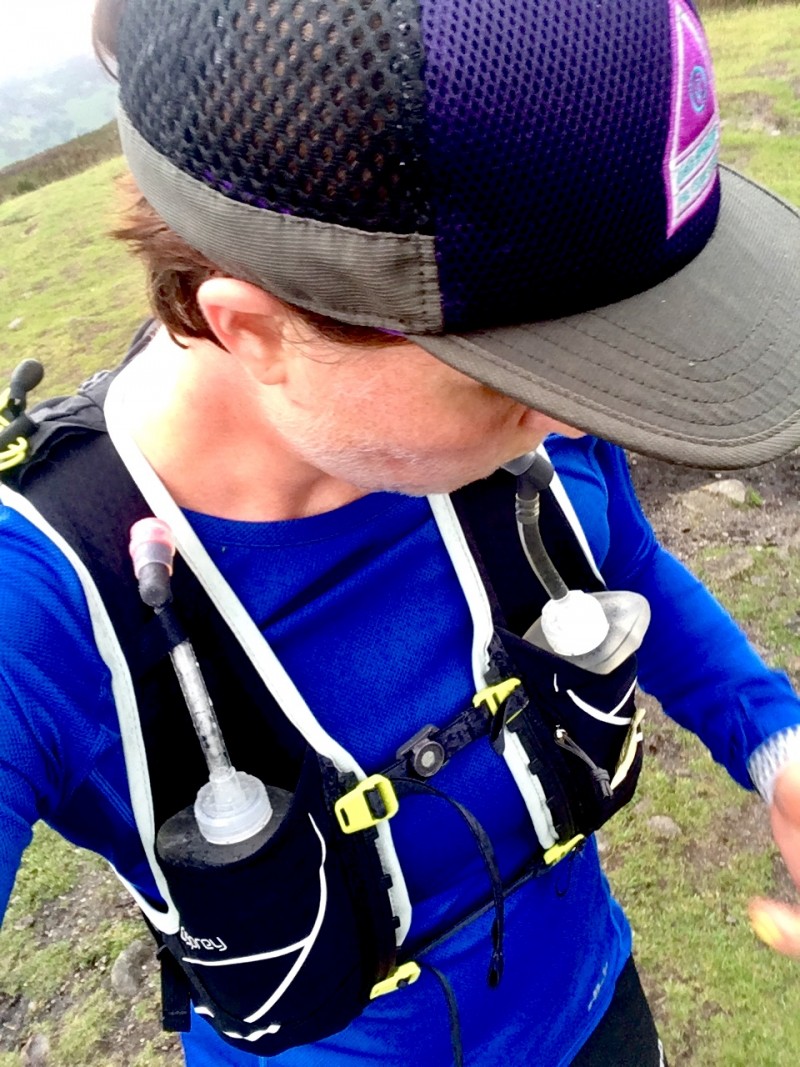 I thought it was just one of those things as an ultra-runner, that I’ll just have to get used to, as no amount of anti-chafing cream would sort the issue.

The Duro 6 was a revelation. Osprey have developed a pack that doesn’t move about, has excellent breathability and functionality, and plenty of usable pockets.

I especially like the stretch mesh outer pocket, which is so useful as a stash pocket. I also really like the fastening and 2 elastic adjustable straps.

I was unsure when I first looked at the pack, didn’t think they’d be easy to adjust or that they’d just clip out easily when out running- but I’ve never had any problems with them. They’re solid, secure, and yet easy enough to snap off with even the coldest, numbest fingers.

For a medium sized pack, it not only feels super light, but it fits like a glove, fits close and doesn’t move about, without feeling restrictive, and it’s got loads of storage for its size. I can carry everything I need for a changeable day. 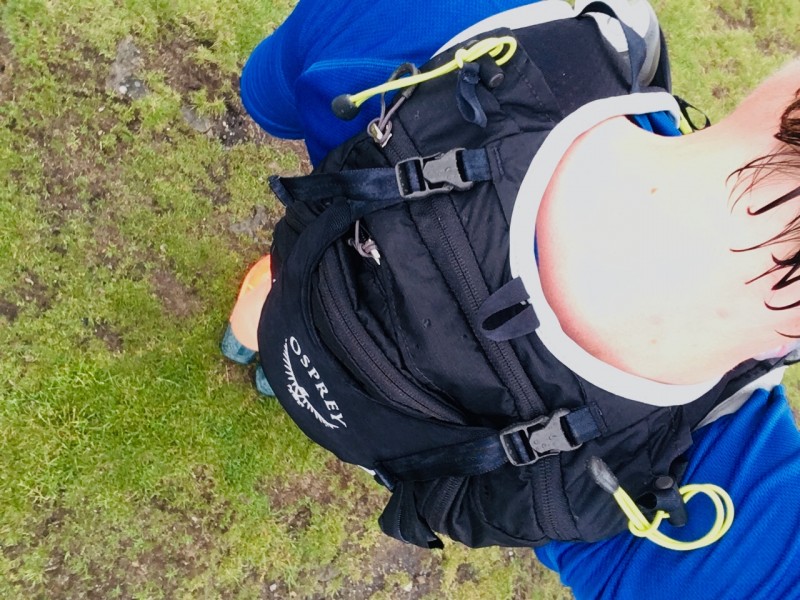 I must have done at least twenty long runs of between 35 and 70km, in all weathers, with the Duro 6 since the start of the year. I’ve worn all sorts of clothing and hats and the pack has remained comfortable.

It’s performed flawlessly in hot and freezing temperatures, dark and bright days, cloudy, rainy or desert dry days. Every time I’ve headed out, I haven’t had to think about the hydration pack.

The most enjoyable run I’ve done with the Duro 6 is of course my furthest run. 70 sizzling kilometers of perfect running. There was most definitely an ice cream stop at halfway, and if I could carry ice cream in the ultra-pack, I would have!

The soft flasks with the long straw and easy drink system made sure I never dehydrated, even in the absence of a constant supply of ice-cream. There are 2 ‘hip’ pockets at the bottom edge corners of the pack, where I stashed all kinds of snacks, spare buffs, gloves and head torch – everything I needed close at hand as darkness started to fall.

I ended up being out for seven wonderful hours, experiencing every emotion. Elation, despair, smiles, tears, hunger, nausea, over-heating, freezing... and there’s no better way to spend a day. I wouldn’t have changed a thing, and great equipment always makes it. 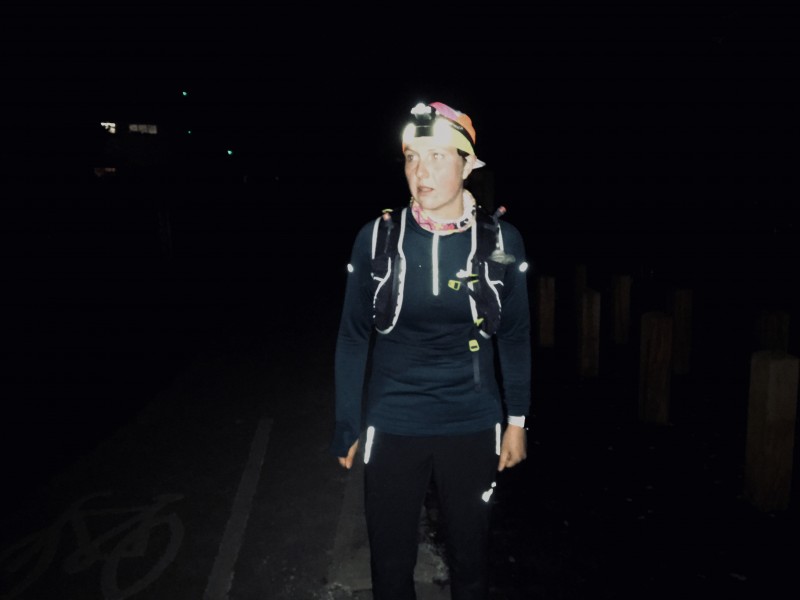 Get to know Annie

Designer at Wiggle. At a desk during the day, but every other moment out running, swimming and cycling… mainly running, a lot of sleeping! Training for a 900-mile multi-day run.