Who is better at football? Triathletes, runners, or cyclists? 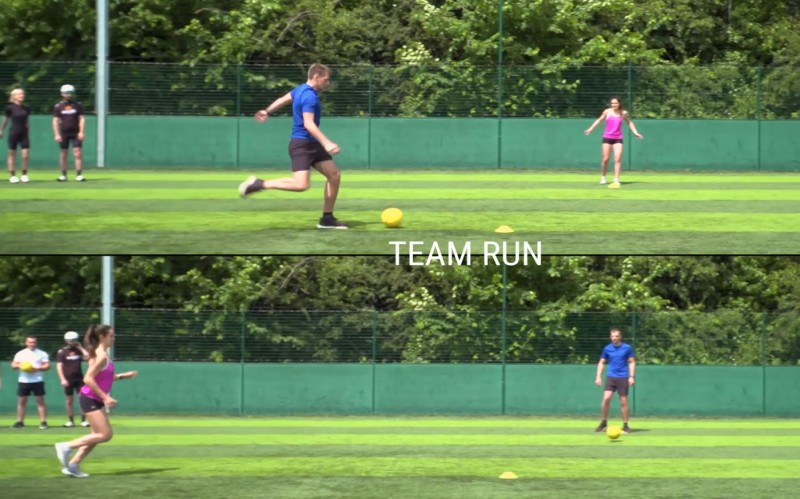 With the world's biggest international football tournament in full swing, the team at Wiggle has decided to try something a little bit different and test the skills of our cyclists, runners, and triathletes in a special football challenge.

After curlers and double luge sled participants (it’s bizarre, Google it) the footballer is one of the most maligned of all sports people.

And behind some of that inter-sport scoffing, we're sad to report, are tri-sports athletes, such as cyclists, runners, and triathletes - many of which work right here at Wiggle HQ.

But while our in-house athletes have impressive levels of stamina, technique, and mental focus, professional footballers have an unusual combination of both lightning speed and endurance.

The average professional footballer, for example, will run 11km (7 miles) per game, while some top players can complete the 100m in under 11 seconds – all while making tactical and strategic decisions.

Under this level of exertion, professional footballers can burn over 1,500 calories in a single match – roughly the same as a half-marathon.

So, to challenge some of the unfair criticism levelled at these poor, astronomically overpaid ball-kickers as we enjoy their efforts in Russia, the Wiggle team has decided to put our tri-sport skills to the test in a new arena – the football pitch.

For our test, we rounded-up some of Wiggle’s best cyclists, runners, and triathletes and concocted several football skills trials to see not only if tri-sport athletes have what it takes to play in the theatre of dreams, but which discipline provides the most football-relevant skills.

OK, so we might have mucked about a bit as well, but you get the idea.

Check out our video below to see how they got on, and which tri-sport has the most transferable skills to make it in the beautiful game, ish...