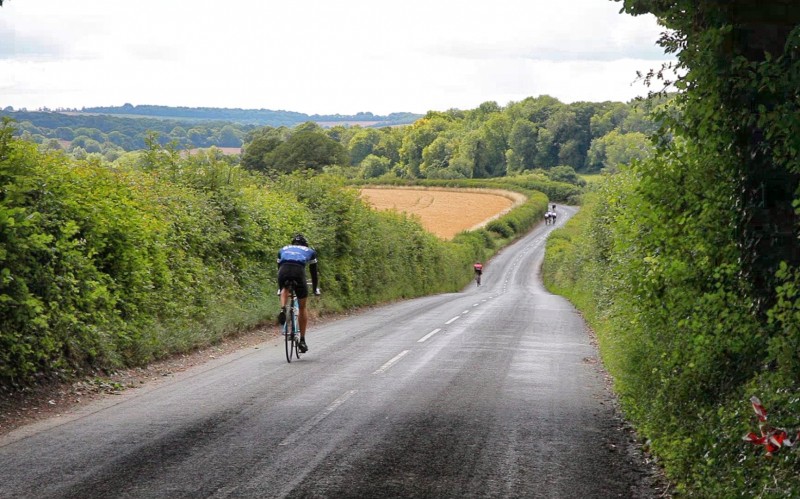 On Sunday I embarked on my third Wiggle Mega Meon sportive. In previous years I had completed the 'Standard' distance of about 67 miles, then the 'Epic' 100 miles. This year the start line was not too far from my home so I thought that I would raise the bar a little and ride the 'Epic' it as part of an Audax. Audax distance is a minimum of 200km or 124 miles so I'd be riding the sportive route and then some. It seemed like a great idea at the time!

In preparation I had ramped up my training program. I cut my cycling milage back a little to around 120 miles per week but increased my running distance and gym sessions. My theory was that anything that improved my cardio performance or leg strength would be useful, especially as this would be unchartered territory for me.

At the previous Mega Meon I had suffered no less than three punctures. I had no intention to stage a repeat so I switched to Schwalbe Marathons which have a pretty sturdy reputation. 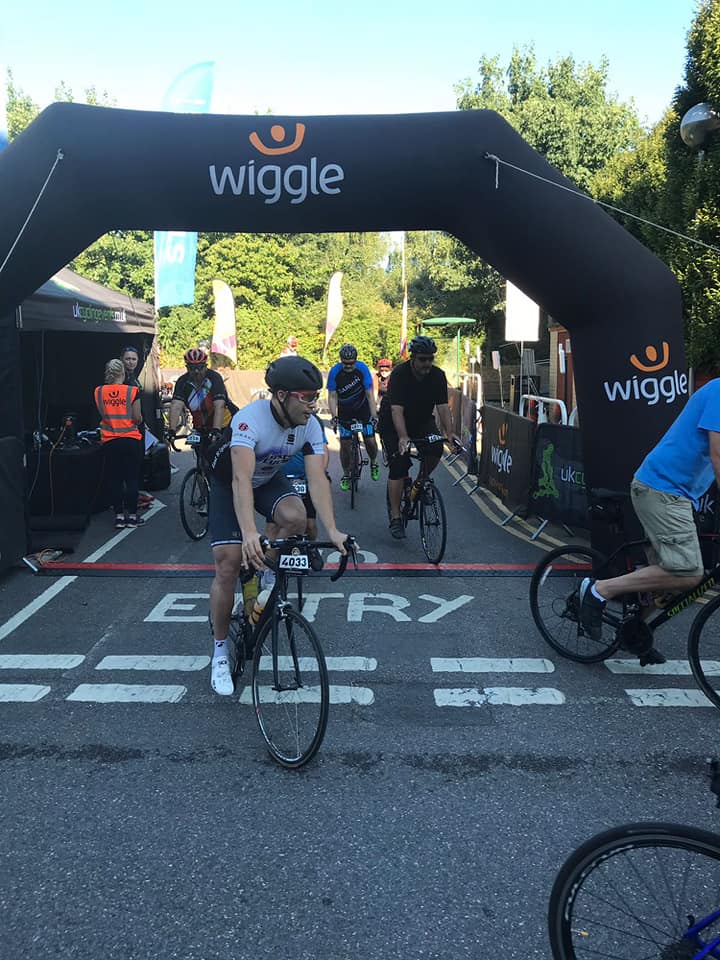 The morning of the event arrived and I felt confident that I was in good shape. I set out over Portsdown Hill to the start line. I ended up being a bit too early and had a short wait to register as the event staff were still setting up. Being ahead of the crowd meant that I had time to enjoy a coffee as I fixed 'lucky' number 4060 to my bike and awaited the starting horn.

As the start pen filled up, it didn't take an expert to notice the impressive-looking selection of bikes. Riders really had brought their 'Sunday Best.' In comparison, my trusty 'Freya' looked like a bit of a work horse. I also realised that I had left my rear mudguard on even though we were in the middle of a heat-wave and I couldn't remember the last time it had rained. I'm sure it gave some of the other riders something to chuckle about anyway.

The briefing was very thorough, going into detail about the local terrain, other road users and the livestock we might encounter that some riders might not be used to encountering in their local area. Given the scorching-hot forecast, the importance of hydration was also stressed.

I had my own 'hydration plan' for my ride. On the start-line I had been confident that I had it sussed but in retrospect I hadn't quite got it right!

By 07.45 I had been at the start village for an hour but finally we were off. I was in the first wave so I would have plenty of time to get around. I'm not the fastest rider in the world but I excell at endurance so I can cope with hills (slowly) and the flat bits reasonably well. My plan was to be dragged along as riders from all the different waves passed me. 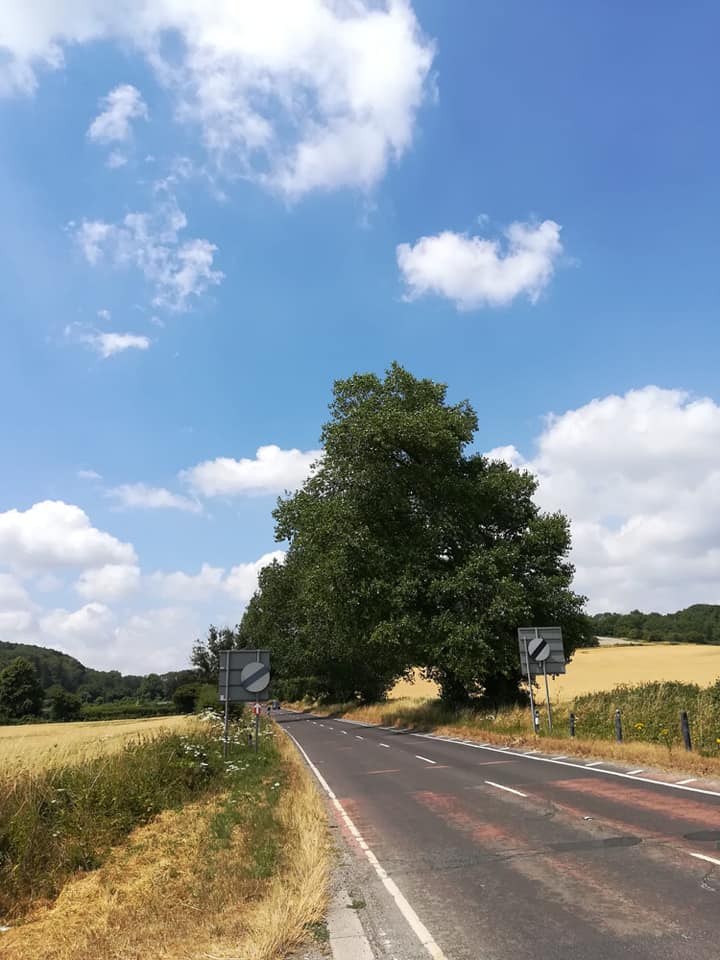 Whilst I don’t want to bore you with a course description, I will say that this route takes you through an incredibly beautiful (albeit lumpy) part of the country. The marshalls were superb at looking after everybody and safety was a priority. There were three junctions which I would normally have described as hazardous but these were well marshalled.

Because of the hills, the route gets a difficulty rating of seven out of ten but the relentlessly hot sun made it feel like more of an eleven. Despite this, there were a lot of happy faces and friendly riders around to keep spirits high. Throughout the day I was greeted with a cheerful 'hello' or 'alright?' and sometimes 'is that your bike squeaking?'  There were also some people putting in a real effort for a fast time but I wasn't tempted to give chase at any point. I was quite happy to be tootling along looking at all the expensive kit (bikes and clothing) passing me by.

All was going well until 70 miles in. I waved feed station two goodbye and then a few miles up the road it hit. Cramp. Not the usual calf cramp that would cause me to thrash around on the floor at the supermarket. This was thigh cramp. It started like a bolt going through my thighs (that was the warning bit) and ended up feeling both legs had been locked in a vice. With 50 miles to go to reach my target this was going to get messy. 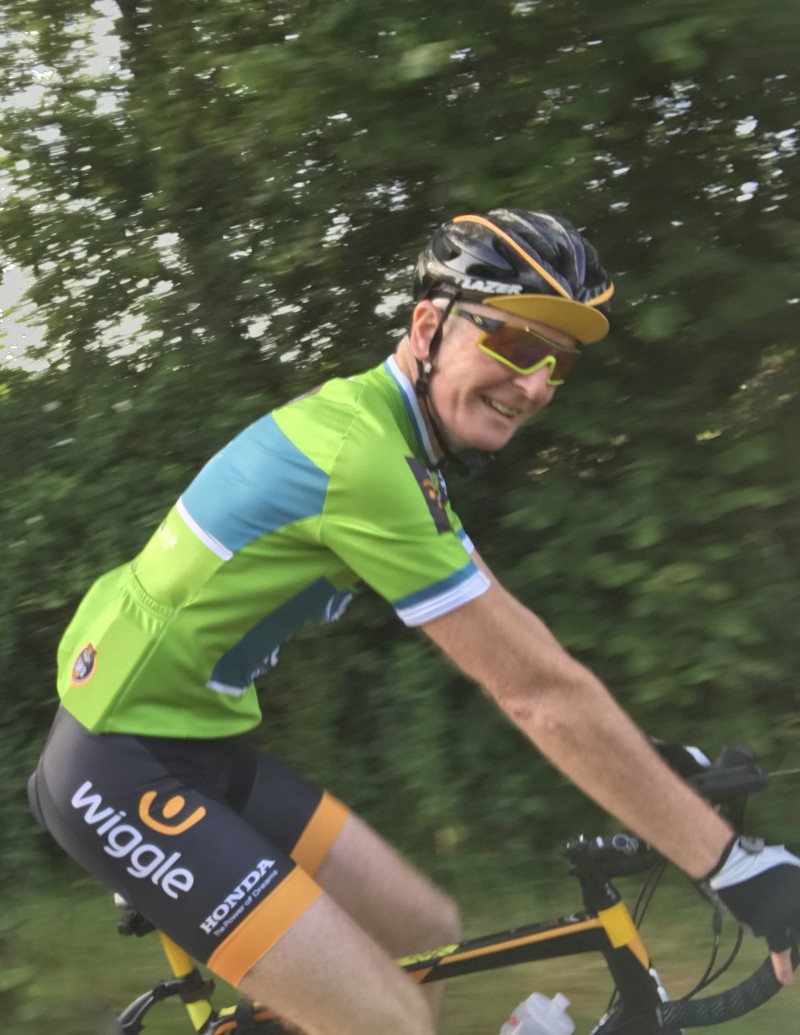 I changed my uphill riding style, taking inclines as slowly and gently as possible. If I could just keeping rolling so that I was only on the edge of the cramps, I might survive. Descents were an opportunity to stand up and give my legs a stretch. Obviously not the quickest way to get round a sportive but I was determined to get round! I will confess that there were two occasions where the cramp forced me to stop. Concerned riders offered to help as they passed and even though they couldn't really help, it's always nice to have a little kindness.

As I finally rode accross the finish line I was met by a group of smiling people I did not know, offering congratulations and applause. I was just so happy to see them. Really happy. I could have hugged them all which might have gotten me into a bit of trouble as they were all female and I was a horrible sweaty mess of an old man.

I was handed a medal and a finisher pack which included a pair of cycling socks in an eye-searing orange. Scorchio! Whoever designed them was right on the money for this event. I promise you that they are the most hard-earned socks in my wardrobe and I look forward to wearing them with pride on my commute. 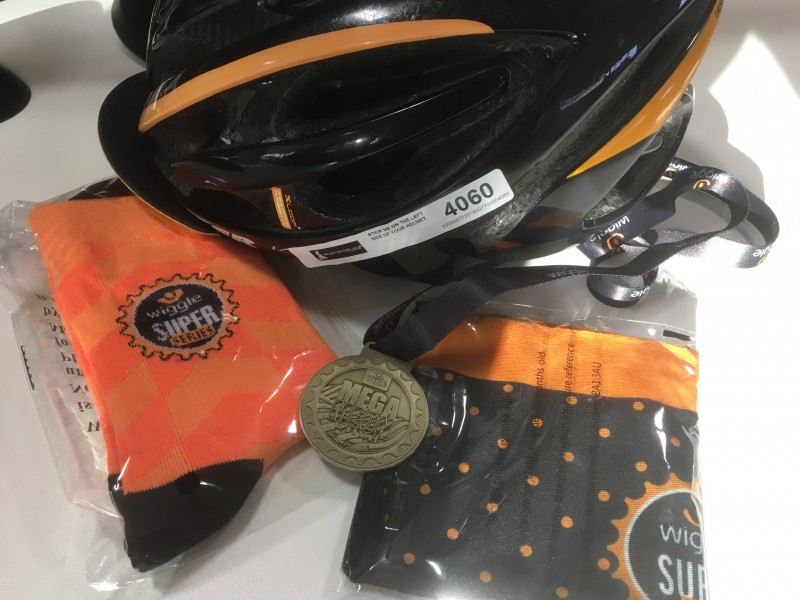 It wasn't quite over though. There was still the small issue of riding home. Just a little further back up and over Portsdown Hill. No big deal. That is, if it wasn't for the cramp. And so I set back out on what was definitely the slowest part of the ride. Crawling ever closer to my front door I realised I had made an error. Two miles short! I rolled past my house, legs still cramping, and up the road for a mile before making my last turn of the day. I was finally going to finish my first ever Audax.

Physical setbacks aside, on reflection it was a great to be a part of the Mega Meon again. My hydration plan turned out to be a level just above useless which probably didn't help with the cramping. The organisers had provided at least two extra water stations so it was nobody's fault but mine. However, the tyres turned out to be a smart move - I didn't have a single puncture. At least that part of my plan had worked.

Scrolling through Strava as I recovered I realized that many other riders were in the same boat as I was. My feed was filled with comments on the difficulty of the course and how the weather and not taking on enough hydration had impacted their performance. At the end of a Wiggle sportive, each rider is awarded a gold, silver or bronze for their time. I couldn't help but notice many more bronze finishers than usual, reinforcing my personal 'eleven-out-of-ten' difficulty rating.

All finishers have my total and unreserved respect I hope they wear their 'socks of scorched glory' with pride like I plan to.

Find a Wiggle Super Series sportive near you

At 60+ he describes himself as 'getting to know cycling way too late' but now he rides year round.