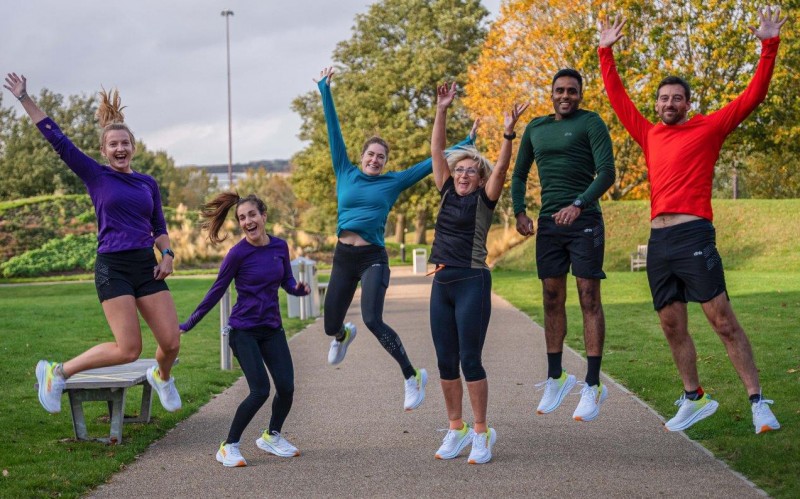 Can you build a team that can conquer an Ironman in nine months? In 2022, Wiggle and Hoka have joined forces to try and find out.

What you often don't see behind the finish line smiles or world-famous achievements is the dedication, determination and perseverance it took to get there. The long hours, the mental battles and the process it took to succeed. The commitments, the sacrifices and the doubts that a person goes through to get to that end point. So, what does it actually take to complete one of the worlds toughest triathlons?

The Wiggle X Hoka Flyers, built from successful applicants to a Wiggle Strava Challenge in 2021, have until September to prepare for Ironman Wales.

Each of them will be facing their toughest test ever, as they aim to inspire others to push themselves way out of their comfort zones this year.

Over the coming months, we'll be following the Wiggle X Hoka Flyers as they battle and train towards the 140 mile, triple discipline event - Ironman Wales - discovering what it takes to complete one of the world’s toughest triathlons.

Wiggle teamed up with Hoka to give our activity-loving community the chance to stay active and motivate them to achieve an incredible goal.

We set our Strava clubs a challenge to complete 500 minutes of activity in three weeks to earn rewards but we also wanted to give them that finish line feeling. We found for many, there were barriers holding them back to entering future events, whether that was cost, resources, belief, confidence or training expertise. We wanted to take away these barriers and get our community excited about real-life events again, following a few years of postponements and cancellations.

Those who completed the Strava Challenge could also apply to become part of a team to take on Ironman Wales 2022. They'd get equipment, training plans, entry to the triathlon and support every step of the way.

This is how the Wiggle Hoka Flyers were born - giving a group of normal people the chance to dream big and achieve big.

If you're a triathlete or are friends with one, you are likely to have heard about Ironman Wales. It has a reputation. It's tougher than tough. It's an event many wouldn't dare to enter, but an event many are also bold enough to take on.

Set in Tenby, Wales, the full-distance triathlon is renowned as a suffer-fest. The 2.4 mile swim (3.8k) in Carmarthen Bay consists of two choppy loops with an 'Aussie Exit' before a unique long run up the stairs to transition.

The athletes then start a two-loop 112 mile (180.2k) bike course which twists through scenic countryside. Constantly undulating, the ride will test the legs of all riders with over 2450m of climbing in total around the Pembrokeshire Coast National Park.

Once the hilly bike course is complete, it's onto the marathon. And if you winced at the word marathon thinking it couldn't get much harder, the Ironman Wales run leg is also hilly. There's no rest for the wicked during the four loops but the atmosphere will help carry those weary legs over the love-hate course.

The red carpet and finish line await... who will cross it? 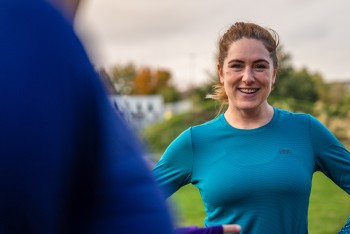 A Postdoctoral immunologist at the University of Oxford, Lisa was part of the team that developed the AstraZeneca vaccine, she is now working on a vaccine for malaria. In her free time, she competes in triathlons for Oxford Tri Club but has never done a full Ironman. Taking on the full distance in Wales is an experience Lisa wants to tick off her bucket list. 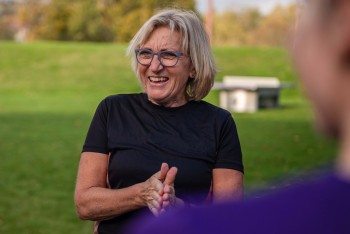 Pauline turned to triathlon after the loss of her soulmate husband. At 62 years old, she has competed in challenging events, most notably ‘Escape from Alcatraz'. She would like to inspire everyone by proving a regular person, a mother of four, can succeed in elite sport - age is but a number.​ 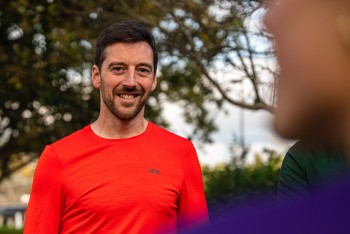 Along with supporting a number of fundraising events, Geraint participates in many sports, in particular football and triathlon. While he has taken on an Ironman before, his challenge will be performing at his home course in front of his home crowd.​ 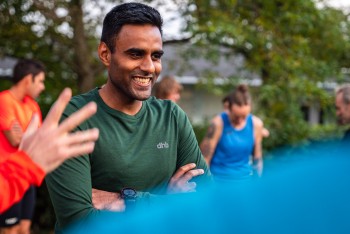 Sim has a background in running and cycling. He boasts a marathon time of 3.42 but up until now has lacked the confidence in himself to sign up to a full-distance triathlon, despite this being a bucket list life goal. Despite only recently starting swimming, he wants to prove to people like himself that when given an opportunity, you can work hard with the support of a team and push the self-doubt aside. 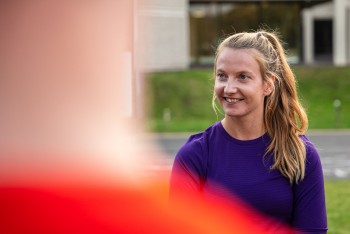 Always up for a challenge, Kaylee loves an adventure. She enjoys travelling and combines this with her love for running by competing in various marathons across Europe. She is keen to participate in more half and full distance triathlons, test her limits and explore new places in doing so.​ 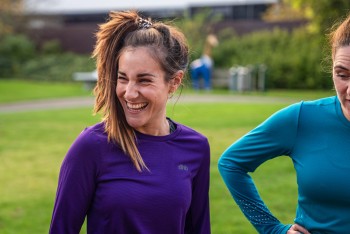 ‘Gabs’ loves travel, adventure and challenges. She can’t sit still and needs to channel her energy into something - anything! She first tried road cycling on a hired bike in Corsica. Soon after, a friend convinced her (very easily) to sign up for a 70.3 in Mallorca with just six months to train. She couldn’t swim more than 25m before this. Since then, she’s been dragging anyone and everyone outdoors for a run, ride or open water swim at every given opportunity.​

Can they meet the demands of the training and finish the race?​

​The Wiggle Hoka Flyers team have 9 months of training ahead of them before the big day on 11th September 2022. They will be dedicating hours to swimming, cycling and running each week in order to physically and mentally prepare. With each week, their training demands will increase - whether that be by distance or intensity.

Consistency in training, self-belief and sheer determination is the key to completing Ironman Wales. The Team will have access to top of the range kit from Hoka, dhb, Garmin, High5, Osprey as well as support from Susie Cheetham, Rob Cheetham (Cheetham Coaching) for training plans and Carla Molinaro for strength, conditioning and yoga.

Can they make it? 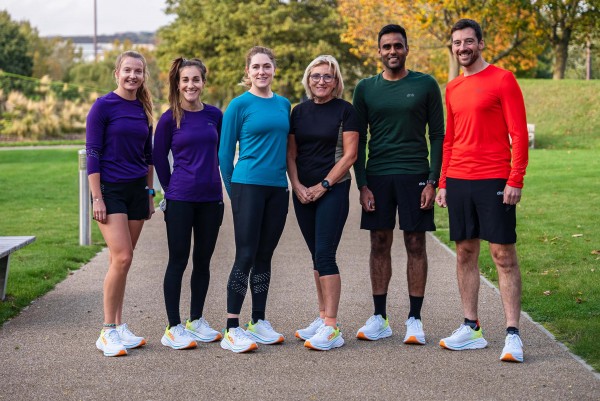 Keep up to date with the #WiggleXHokaFlyers on Instagram