WIN everything from the HIGH5 Slow release range 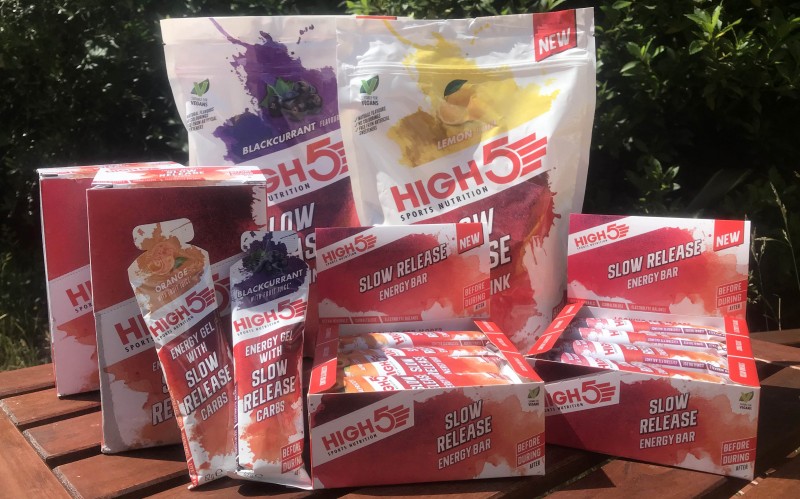 THIS COMPETITION IS NOW CLOSED. CONGRATULATIONS TO ADAM ROBBINS.

As you up the mileage, avoid the dreaded wall with the new Slow Release range from HIGH5. Here's your chance to win everything from the range.

Even the best of us have hit the wall at some point. That point where you're running on empty and you just want to throw your bike, kick off your shoes, have a cry and then lie down right there at the roadside.

Whether you're new to longer training distances or you've been doing this for years, the energy 'bonk' is serious business.

The HIGH5 Slow Release Energy range contains Isomaltulose which is a slowly-digested carbohydrate, providing you with a stable and sustained supply of energy. You'll also get an invigorating hit of ocean minerals including magnesium which helps you to balance your electrolyte levels.

The range includes gels, bars and a drink in a variety of delicious flavours and we're giving you the chance to try them all.

How to win everything from the HIGH5 Slow Release Energy range

One lucky winner will receive everything from the range:

All you need to do to be in with a chance is to answer the question below.

Entries must be received by midnight on Tuesday, June 16th. The winner will be contacted on Wednesday, June 17th. The prize consists of the HIGH5 Slow Release Energy products listed above and cannot be exchanged for anything else. By entering this competition you are confirming that you agree with the General Wiggle Competition Terms.