YOU CAN: Katy Downing

Share
Posted in Run and tagged Challenge, run, running, Triathlon, cycling, you can, you can 19, IWD 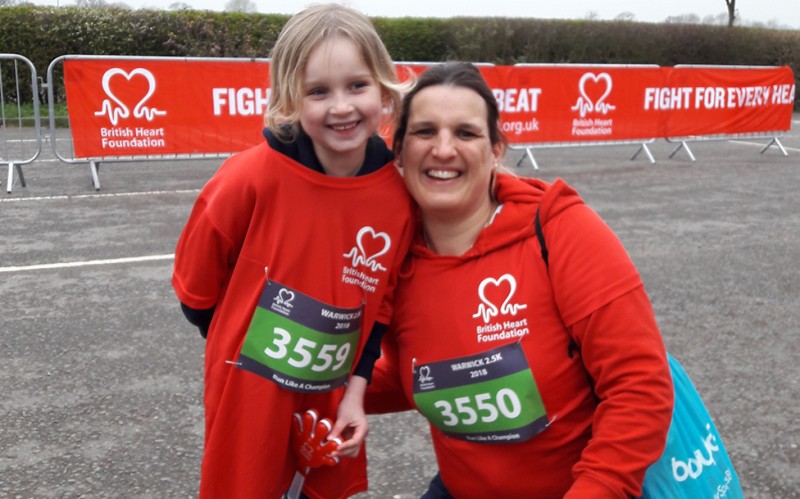 When we met Katy, she wasn't sure if she actually liked running but, since she didn't hate it either, she decided to challenge herself to a half marathon. We caught up with her to see how her year's gone.

Its been a busy year! Apart from my running goals, I've been working on losing some weight in the hope that it would alleviate the knee-pain that had been troubling me. It's been tough but I've managed to drop 2.5 stone and the pain has completely gone!

School holidays always play havoc with my training so I was realistic and not hard on myself when I missed a session. For me, like most other runners, family comes first.

We had a great caravan holiday. My daughter learned to ride her bike on her own so she could keep up with my husband and me if we wanted to go for a run. A huge milestone in being able to train without worrying about childcare!

I still have a 10k, a six-hour endurance event and a half marathon booked between now and the end of 2019. For 2020, I've already bagged a spot on the Vitality Big Half and I'm sure there's more to come.

I've fallen in love with my Addidas Solar BOOST shoes but I've actually almost worn them to death - surely a good sign.

I even managed to inspire a few colleagues and am leading a couch-to-five kilometre group at lunchtimes at work. They're a great group and everyone gets lots of encouragement - we don't leave anyone behind. I really thought people would drop out after week one but we actually gained a few members by the second week, including my 70-year-old mum!

Katy Downing has come a long way since she started training for the 2017 RideLondon for charity on a borrowed bike.

Having completed a couch-to-5k program, Katy joined the local tri club to improve her swimming. Within the next twelve months, she completed five sprint triathlons, two 10ks and several 5ks.

Impressive enough, but even more so when you consider she’s fitting it all around working and raising a young daughter. She’s not stopping anytime soon though.

The London Landmarks Half Marathon isn't just Katy's first challenge of 2019, it's also the first time she'll be doing a half marathon alone.

We’ve sent some kit to help Katy along with her training. Watch this space to see how she gets on and make sure you give her a follow over on Instagram.

The London Landmarks Half Marathon

The London Landmarks Half Marathon

Four months had passed since my first half marathon and I was getting ready to do it all over again at the London Landmarks. This time, I was going it alone.

A change in job roles had put an end to lunchtime runs so I was feeling under-prepared. Those extra miles really made a difference.

I was determined to make the best of it though. Knowing that my wonderful husband would be there to support me made all the difference to my motivation when that early alarm went off.

Breakfast was a train picnic, then it was off to Trafalgar Square for the start.

A little recce of the site, incorporating two trips to the porta-loos (just to be sure!), helped me to get my bearings and I was happy to observe that the start was in the same place as the London Winter Run which I have done twice before.

The weather was kind so spirits were high as we gathered in the starting pens.

I was in good company with a few famous faces in front of me from Bakeoff and Masterchef, playing to the cameras and burning off some nervous energy. I must admit to being a little starstruck.

It was only once I was out of the gate that I realised I'd ended up in a much faster wave than I'd have liked so I was extra mindful to relax and not use all my energy at once. Easier said than done when you've got so many other runners whizzing past you.

There was a party atmosphere with bands, choirs and performers lining the route as well as a HUGE charity cheer section that seemed to go on for about 2 miles.

If you're motivated by seeing friends and family, this course is perfect because of the way it loops around the city. I spotted my husband and daughter four times but apparently, they saw me even more.

The first time I ran a half marathon, I started to struggle during miles eight to ten so I was feeling apprehensive as they were looming ahead. This time, however, I didn't run into difficulty until mile eleven, at which point I wished every single step was the last one.

I'm delighted that, despite having limited time to train, I crossed the line within four minutes of the Milton Keynes half that I ran in December.

With the London Landmarks done, there's no time to rest. I'm back on the bike training for my Olympic distance triathlon in June. Lots more sweat and hard work to come and I need to finally get to grips with open water swimming.

I hope everybody's having a fabulous 2019 so far and remember, it's just about being the best version of you!

So, the mince pies have been eaten. The last of the Baileys has been drunk. It’s time to get back to work!

Training-wise, I had a rubbish end to the year thanks to some big changes at work stealing my focus and energy. Cycling and swimming training went out the window. Sometimes life takes over!

However, I did complete my first half marathon in just under 2.5 hours at the beginning of December, but the credit for that really goes to my amazing running buddy Jana for pulling me around. I’m also thankful to my Northants Tri teammates for encouraging and cheering us on.

New year, fresh start.  The first event is on the horizon and training is back in full swing. As I sit and write this I have managed to run, get on the turbo or swim every day but one since the first of January.

Rest is as important as training. I did have training planned on my one ‘day off’ but I felt tired and needed the rest. It’s vital to listen to your body to avoid burn-out.

The training all sounds like a lot but I fit it in when I can and don’t worry if I can’t. I’m lucky that I work somewhere where I feel safe to run on my lunch breaks. It's pretty flat, but you could see that as a bonus.

I can jump on the turbo after my daughter has gone to bed or just about squeeze it in before her bedtime if my husband is home to do bath time. 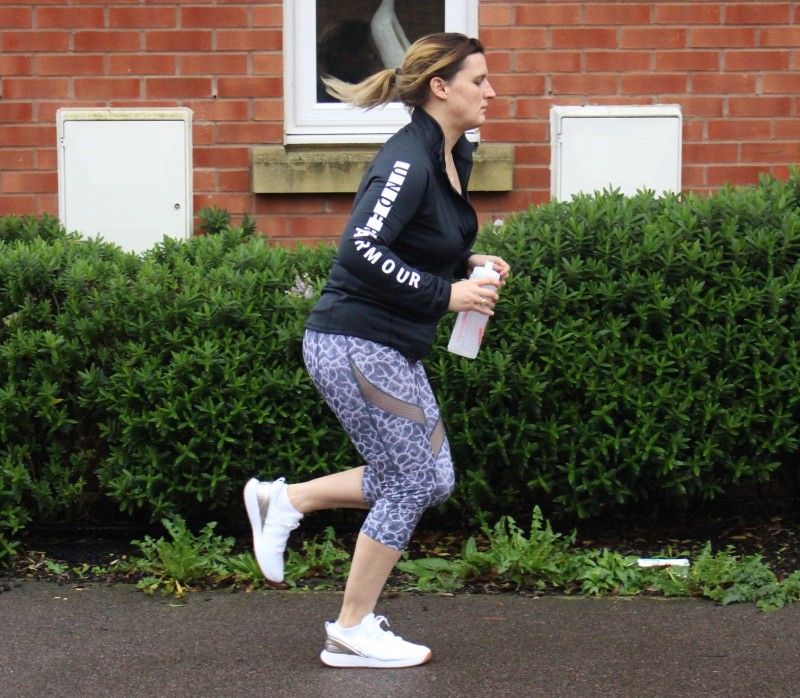 Swimming and riding on the road are my hardest challenges. I suffer with my confidence on my road bike so I’m working on finding a riding buddy to make me go out. It sounds ridiculous really. When I started riding, it was to train for Ride London. I would be out on the road 3 times a week and not think about it!

Swim training with the club is great and I’m in a lane with lovely people. We have our own dedicated coach who ensures we spend most of the time training and not chatting!

I’ve been amazingly fortunate to have been supplied with some fabulous new running kit as part of the Wiggle Challenge team. I have a kit bag that I leave at work, fully loaded with enough kit for the week so I have no excuse not to go out for a run at lunchtime.

So far, I’ve been getting plenty of use out of my lovely Under Armour kit and Adidas Solar Boost trainers. The leggings and top are warm in this cooler weather, but they let the sweat escape so that you don’t get wet from the inside out.

My favourite piece of kit must be the Skins leggings.  I wouldn’t necessarily say I’m ‘runner’ shaped, but they fit and feel great. A premium price tag but a premium product – I'd say these are a worthwhile investment.

I hope you have all had a great start to your fitness this year and remember it's not how far or how hard you go, just get up and do something, you’ll be glad you did. Looking forward to catching up soon. 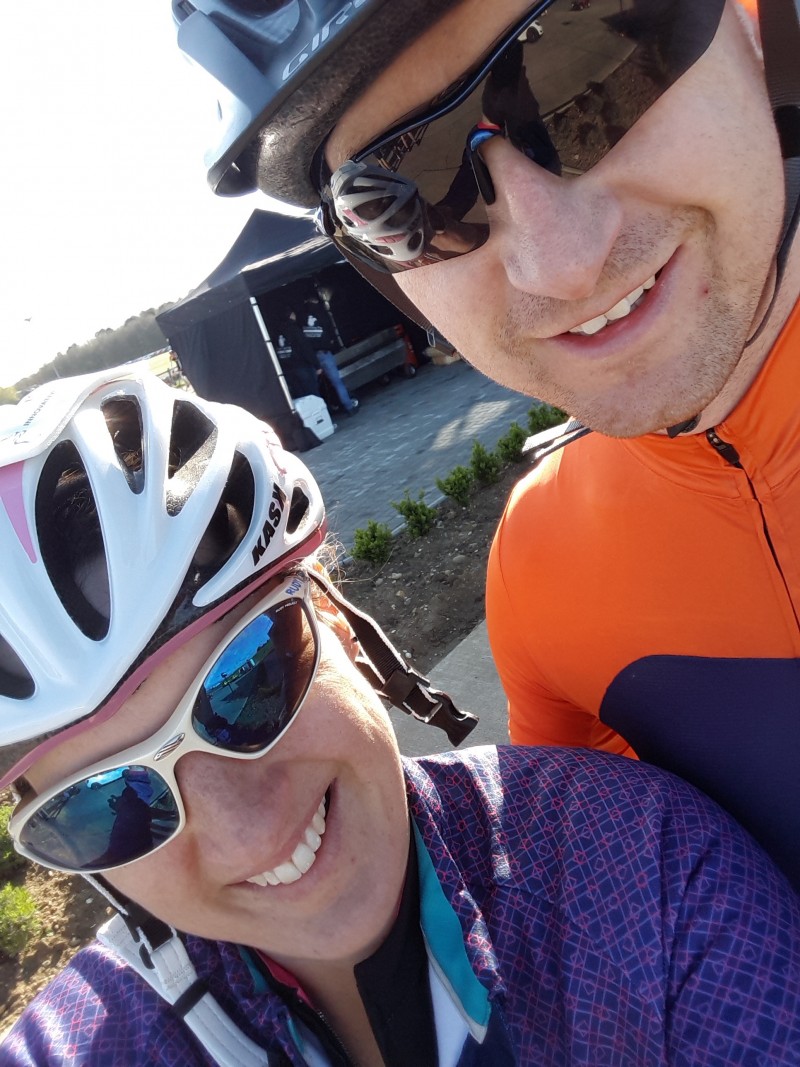 I've only run up to 6km in these so far but no blisters so far! I'm looking forward to building up my distance in these - they're so comfy and I love the bright colour. I also like the longer soft tab at the back which makes them easy to pull on.

I loved my old running watch so the Garmin had a lot to live up to. Thankfully it didn't disappoint. It was really easy to set up and connect with my other Garmin devices. The large display is clear enough to read at a glance during training sessions.

I love HIGH5 and they've been my go-to nutrition brand for a long time. The HIGH High5 ZERO Protect are great for winter training as they contain Vitamin C to boost the immune session. These are great made in a mug with hot water after a long cold session.

These leggings have become a permanent fixture in the kit bag I keep at work. They dry quickly so they're great for my lunchtime runs. A nice winter weight for slower work or cooler days.

It's a perfect top for this changeable weather. It keeps you warm and whisks the moisture away. My only negative comment would be I'd personally like it a bit brighter for the darker nights.

Posted in Run and tagged Challenge, run, running, Triathlon, cycling, you can, you can 19, IWD